Aston Martin took the Valkyrie supercar on the track: photo 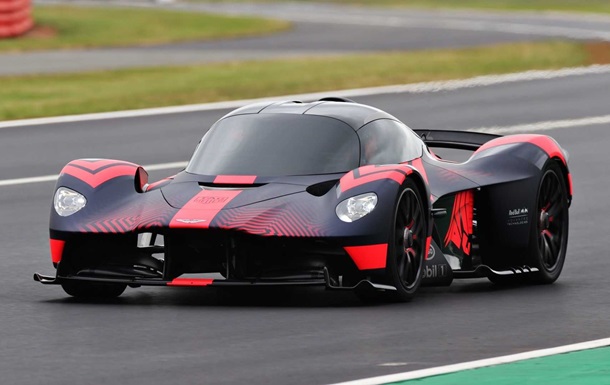 This demonstration is the first. Demonstrated supercar opportunities at the Silverstone track.

For the first time, automobile manufacturer Aston Martin brought his new Valkyrie supercar to the track. He drove through the track to Silverstone. Motor1 writes about it.

The manufacturer positions Valkyrie as the fastest car in the world, admitted to the road.

This conviction is supported by information about the engine, which is behind: the atmospheric Cosworth V12, which produces 1000 horsepower and can reach speeds of up to 11,100 revolutions per minute.

In addition, with the help of hybrid engines, the Valquiria develops a total of 1,160 horsepower and 900 Nm of torque.

Silverstone held a public demonstration of the possibilities of an ambitious novelty under the Grand Prix of Great Britain. The driving was the pilot Chris Goodwin.

It was previously reported that the Aston Martin company declassified a new car by James Bond.