Electric cars will not stop the growth of oil demand 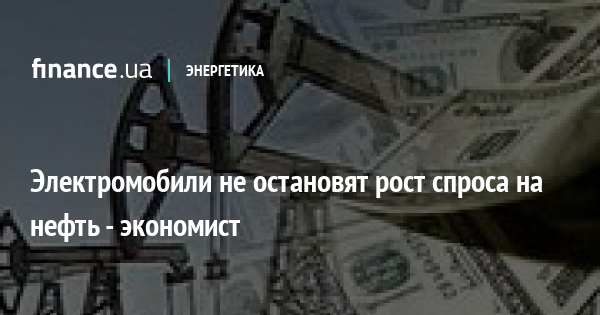 The use of electric vehicles can grow exponentially, but they will not do much to curb the growth of carbon emissions and petroleum demand.

This was announced by the Executive Director of the International Energy Agency (IEA) Fatih Birol.

"If we say that electric cars are the end of oil, this is definitely deceptive," Birol said.

Last year IEA predicted that the number of electric vehicles in the world will grow from 3 million today to 125 million in 2030. But Birol said that this figure contrasts with the one billion cars equipped with internal combustion engines.

In addition, he said, oil demand is not determined by cars.

"The trucks, the petrochemical industry, the planes contribute to this. Asia is beginning to fly," he said, referring to the report. IEA 2018, which also indicates that shipping is the main source of petroleum demand.

"Even if there were 300 million (electric vehicles) with the current electricity generation system, the impact in terms of CO2 emissions is less than 1% – nothing. If it is not You can unload (the energy sector), CO2 emissions will not decrease. This can be useful to reduce local emissions, but in the issue of global emissions it is not the case, "he added.