France defeated Spain in the final of the League of Nations 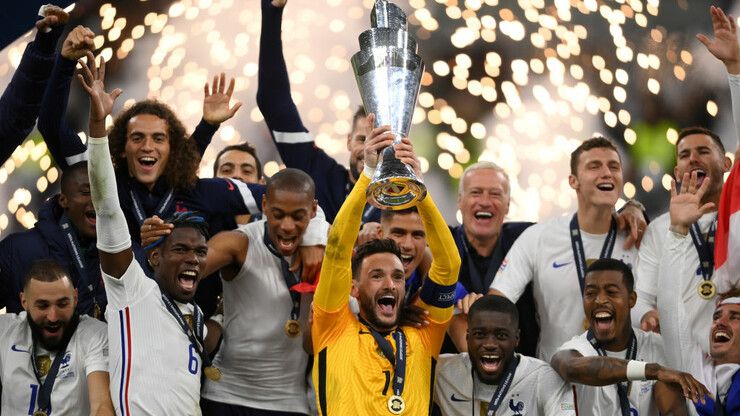 The decisive match for the UEFA Nations League main prize was eagerly awaited, especially after high-level football was presented in the two semi-finals. Still, the first part was a disappointment. There were no really dangerous moments in the first 45 minutes, and the shots on goal could be counted on the fingers of one hand.

At the beginning of the game, in the 6th minute, Benzema found the ball in front of Simon. But even if the Frenchman had scored, the goal probably would not have been counted, as at the time the ball was received, the striker of the tricolors was in an obvious offside position. With 12 minutes played, Sarabia had a fantastic opportunity to reply but his shot flew harmlessly into the side-netting of the goal. However, he did not hit very hard and Lloris calmly took the ball in his hands.

Alonso also fouled in the 37th minute when the ball flew close to the post. Maybe that’s all that could be observed before the break.

Until the middle of the second half of the meeting, the game continued along the same lines. And then, from the 64th minute, the most interesting thing happened. First, Theo Hernandez hits the crossbar with the ball. And there, in a counterattack, Oyarsabal overtook Upamekano and sent the ball under the right post with an accurate shot.

But the Spaniards were not happy for a long time. In the 66th minute, Benzema equalized. From the area line, he fired to the left and Simon was powerless to help his team. The French did not stop and twice dangerously attacked Mbape. But in the 68th minute, he sent the ball a little beyond the goal and four minutes later hit directly against Simon.

And yet it was Mbape who brought the French team’s victory a little later in the 80th minute. He got the ball offside, escaped a defender and deftly beat Simon. This episode was checked by the VAR and the judges found no violations of the rules.

As a result, the charges of Didier Deschamps got a victory of great will for the second time in a row. Remind me that in the semifinals they lost after the first half against Belgium by 0: 2, but they won the match by 3: 2.

Thus, after the Portuguese national team, which became the first winner of the main prize of the League of Nations in 2019, the trophy was now for the reigning world champions, the French.

League of Nations Football. The end

If you find an error, select a text and press Ctrl + Enter.

Jim Carrey, the character of Ace Ventura, will be removed from World of Warcraft – the film is considered homophobic – CyberSport.ru

100 days of land market: it is called the average price of one hectare