"Hello Hello!". Ani Lorak showed behind the scene of the Russian project "Voice" 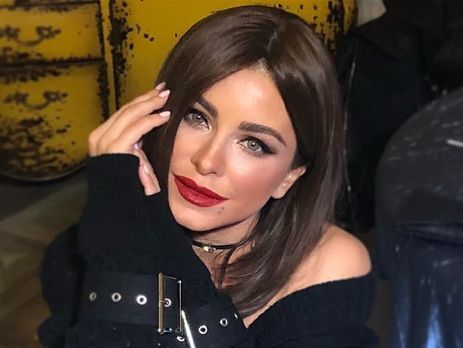 Ukrainian singer Ani Lorak, who builds a career in the Russian Federation, made a video before recording Russian vocal "Voice".

Ukrainian singer Ani Lorak, who builds a career in the Russian Federation and a Voice Project Coach, showed Instagram a video before the start of the show.

The singer discovered a video in which her impression behind the scene was written.

"Hello Hello!" – She welcomed the project staff and went to her colleagues, Basta and Sergei Shnurov, who are also coaches for the shoving Golos.

"Are you ready?" – The singer signed the video and marked it with the voice "Voice 7".

Ani Lorak (Karolina Kuek) was born on September 27, 1978 in Kitsman, Chernivtsi region. She presented Ukraine with a song for Eurovision Song Contest 2008 with song Shadi Ladi and took second place. In 2008 she won the title of the National Artist of Ukraine. Ani Lorak in the Russian Federation spoke about her mission to unite "fraternal" nations and compare Ukraine with a sick mother.