In Kiev, they will teach "parking hero": photo 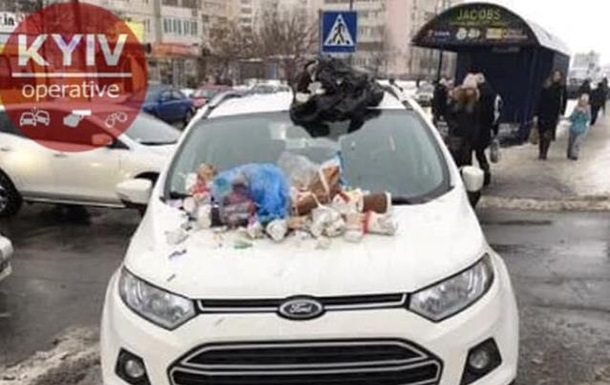 Residents of the capital decided to punish the driver, who parked in an unforeseen location.

Kiev residents punished driver Ford, who parked in the pedestrian area of ​​Rudenko Street. On this, on Tuesday, January 29, writes Kiev Operative.

Judging by the photo, a mountain of rubbish and various types of household waste were spilled into the parked car.

In the beginning of Kiev, an unplanned car parked in the courtyard of one of the houses was bombed with garbage.

It was also reported that in Kharkov, a car parked near the trash cans was filled with waste packages.