In the occupied Crimea, the monument to "green men" was rounded up in painting (photo) – news of society 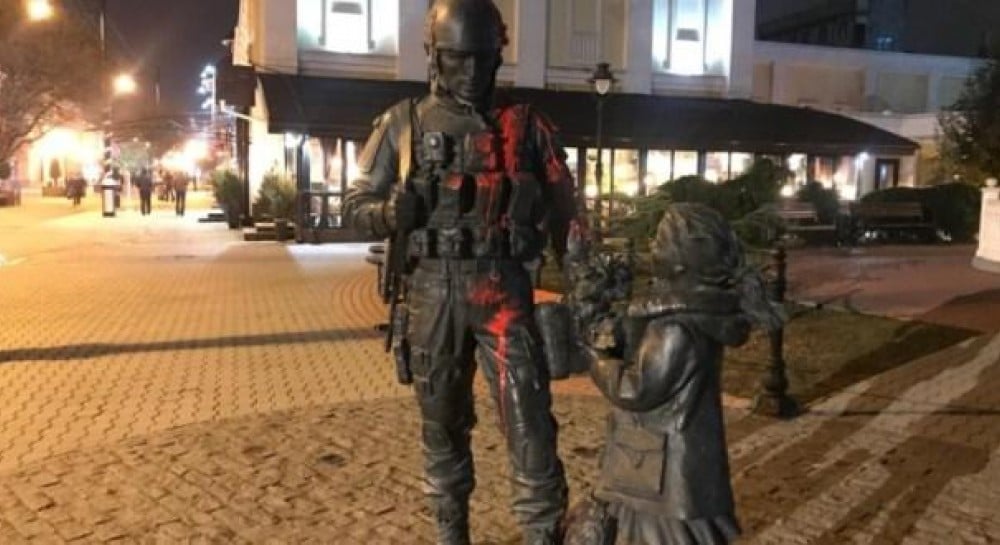 The occupiers decide to initiate a criminal case under the "vandalism" article. 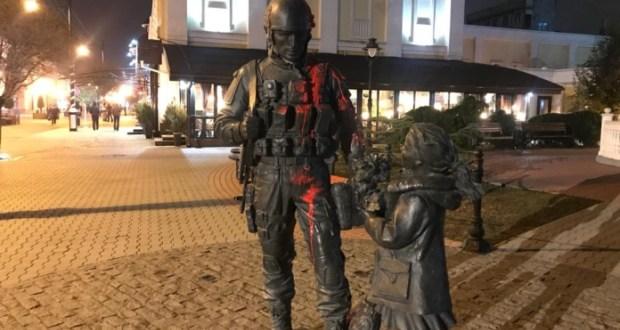 Monument to the "Small Green Men" who captured in the Crimea a bit reddened / photo crimeapress.info

The monument to the "green men", opened more than two and a half years ago in the center of the busy Simferopol, was rounded off with red paint.

Report this TSN with reference to "the press service of the Interior Ministry in the Republic of Crimea."

Employees of the "police" of Simferopol arrested a man who had sprayed the paint in a monument to "green men."

According to the occupants, the detainee is in a state of "intoxication." You have solved the issue of a criminal case under the "vandalism" article. 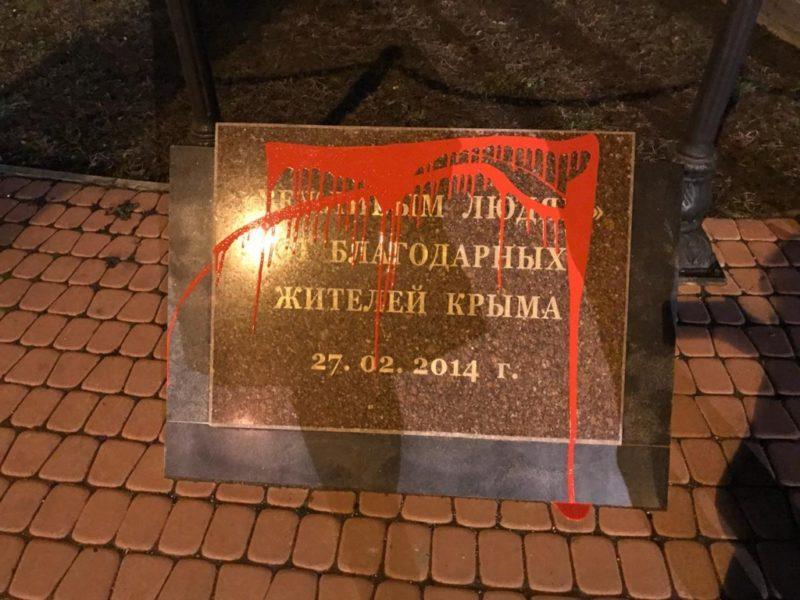 Military without a RF mark captured the Crimea in 2014 / photo crimeapress.info

According to UNIAN, a monument to "green men", the Russian army without identification marks, which captured the Crimean peninsula in February-March 2014, was inaugurated on June 11 of 2016, near the Crimean parliament in Simferopol.

Read as wellLie as a state policy: the most ridiculous "excuses" of Russia

Help UNIAN. Russia in March 2014, after the introduction of troops, annexed the Crimea of ​​Ukraine, organizing a "referendum" on its self-determination. The self-proclaimed Crimean government stated that 96.77% of those who participated in the vote were in favor of joining the Crimea in Russia. On March 18, the Kremlin signed the so-called "agreement" on the admission of Crimea and Sevastopol to Russia. Western countries do not recognize the annexation of Crimea and introduced a series of economic sanctions against the Russian Federation.

If you detect an error, select it with the mouse and press Ctrl + Enter