Lutsenko on his resignation: the president did not take my step, but promised to make a decision 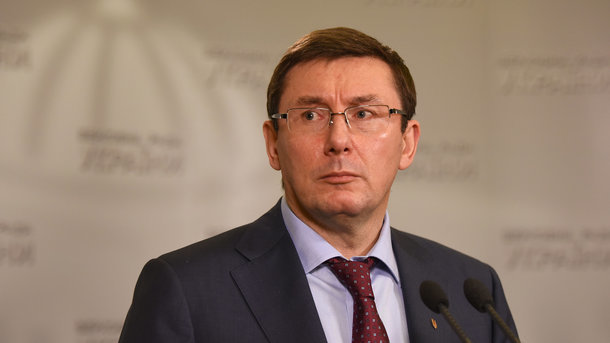 He emphasized the seriousness of his intention, and not the emotionality of the decision

General Prosecutor of Ukraine Yuriy Lutsenko said that the President of Ukraine Petro Poroshenko will consider applying the resignation of the general prosecutor after his return from abroad.

"I am interested in power only as an opportunity for responsibility and efficiency, so I announced my resignation, I am ready for this … I had a sharp talk with the president, he did not make my step, learned it five minutes before my Verkhovna Rada , but I said that this is my decision in principle, he said that he will make a decision to return from abroad " – said I. Lutsenko on Thursday night in the program "Right to Power" on TV channel "1 + 1".

He emphasized the seriousness of his intentions, not the emotionality of the decision: "This is not a game, it's a principle."

"I consider this death (activist Ekaterina Gandziuk -red.) As personal sorrow, I consider myself an investigation as my personal commitment …" – He added the prosecutor.

Earlier experts explained the site "Danas", what are the advantages and disadvantages for Ukraine and society since the resignation of General Prosecutor Yuri Lutsenko from his office.

As announced on November 6, General Prosecutor Yuriy Lutsenko, Speaking in parliament, he said loudly. Reporting on the investigation into the murder of activist Yekaterina Gandziuk, the general prosecutor said she would resign to the president.

Read more about the scandal with the resignation of the general prosecutor on the website "Danas" in the material: "Lutsenko's statement on resignation: everything to know".

You are currently viewing the news "Lutsenko talked about a" sharp talk "with Poroshenko about a statement on his resignation." For other news about politics, see the "Latest News" section.