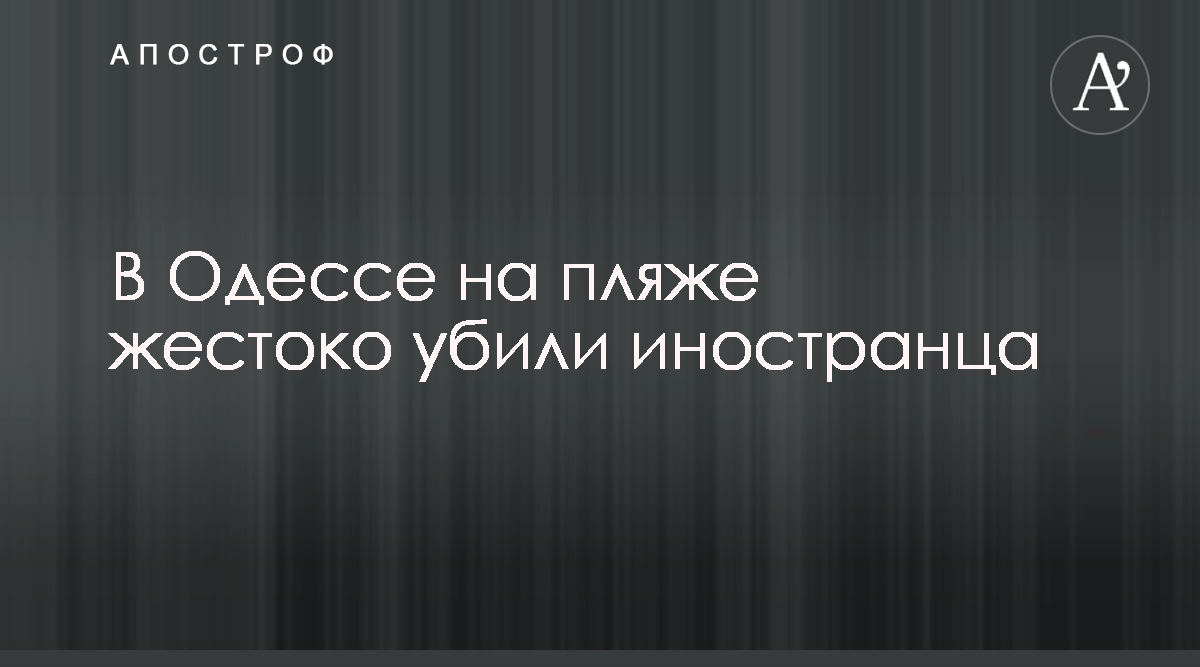 On Sunday, June 30, a student from Morocco died at a popular beach in Odessa.

The publication UNN informs it, referring to information on its own sources regarding the application of the law.

The tragedy occurred on the beach of Arcadia. They observe that an unknown person stabbed in the heart of a Moroccan citizen. The victim died at the ambulance. It is known that the deceased was a student of one of the universities of Odessa.

You have started criminal proceedings under part 1 of article 115 of the Criminal Code of Ukraine (premeditated killing). Officially, the police have not commented on this tragedy.

As reported by "Apostrophe", Near Odessa he found a citizen assassinated in Israel, which disappeared on January 19 in Belgorod-Dniester. Oh!The burned body of an Israeli 32-year-old was found in the center of a pumping station.