NVIDIA – about the benefits of RTX in 3D rendering, video editing and transmission 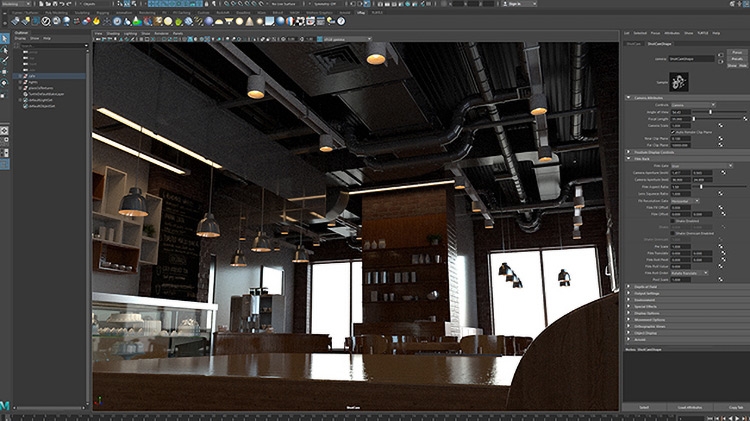 NVIDIA has published several videos in its official channel that demonstrate the advantages of NVIDIA GeForce RTX video cards for laptops and computers in various professional tasks, including 3D visualization, video editing and transmission.

For example, the first video demonstrates a significant acceleration of the Autodesk Arnold rays tracking: the standard Maya renderer (also available for 3DS Max), originally created with an eye on the CPU. Only in the central processor, the viewing process takes a good amount of time, but due to the use of the GPU-visualization and the Optix Denoiser technology, a display result is obtained Acceptable accelerates many times, which can be a great help for professionals who work with graphics and 3D animations:

In the second video, NVIDIA explained how GeForce RTX accelerators facilitate professional video recorders to make life easier. The new video cards make it possible to convert the edition of heavy RAW files into 8K and 6K REDCODE formats recorded in RED video cameras in a decent task. When editing, you can work with RAW 8K files directly, without having to store them in a cache or create proxy files with a lower resolution. The company commits to accelerate the video processing in Adobe Premiere Pro CC up to 8 times compared to the integrated graphics. Finally, the GPU acceleration has been added to Premiere Pro to edit 360-degree circular videos.

NVIDIA also re-engineered the NVENC video encoding unit on GeForce RTX accelerators. Now, with the release of a popular version of the popular Open Broadcasting Software (OBS) for GeForce accelerators, professional quality transmissions can be obtained in a single system or laptop with RTX video cards where it is previously they needed two computers. 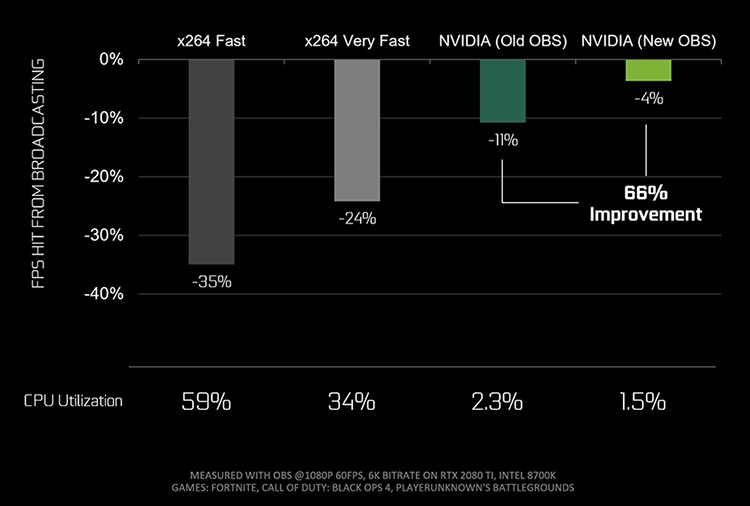 As the company indicates, the usual version of OBS in x264 Fast mode reduces the percentage of game frames by 35%, in x264 mode very fast. At the same time, the new version of the software, which was promised to launch at the end of the month, will offer the encoder quality in x264 at a significantly higher level (comparable to Normal x264) with a frame rate of only 4%.