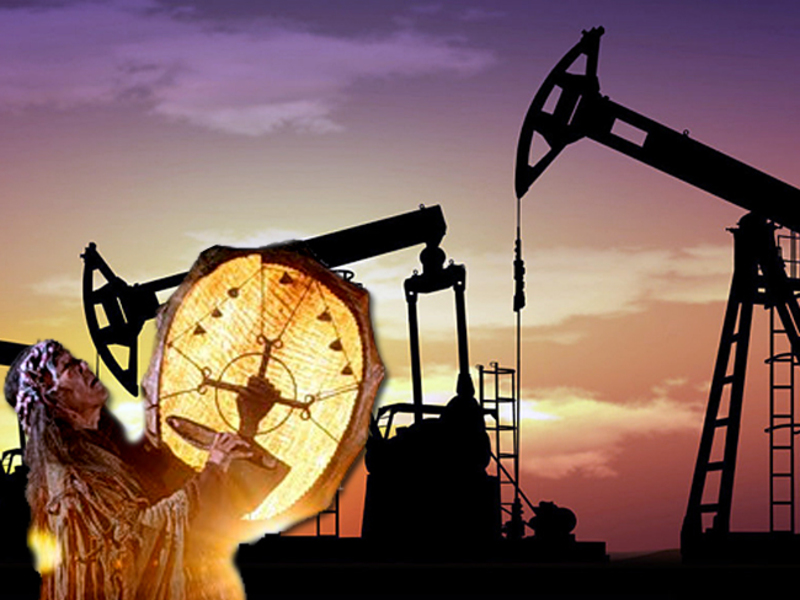 The current jump in oil, if it is stable, could seriously endanger global economic growth in the medium term. This opinion is expressed by Victor Argonov, an analyst at EKSANTE.

He recalled that "oil has rapidly turned to growth at the start of trading in the new week, adding around 3% to closed levels on Friday." "Following the results of trading on Friday, oil receded beyond the important levels of 60 barrels of VTI and 70 per barrel Brent, which lost more than 20% since the October peaks over fear of overproduction. In addition, on Friday, sales were boosted by news of a huge increase in the number of drilling machines in the United States last week, up to 1,081 units from 1,067, despite the price drop. This promises further increase in production in the next 3-9 months, although now there are record production levels in the United States, "said an expert in the review.

In other news, he said, "comments by OPEC representatives last weekend inspired the market". "After the outcome of the ministerial meeting of the expanded cartel format, it became clear that participants were convinced of excessive oil production on the market and were considering the need to reduce production by about a million barrels a day. Only the question was raised as to what level should be taken as a starting point, because we have seen a very rapid increase in production in Russia and Saudi Arabia in recent months, and moreover, it has been discussed about the possibility of increasing production above 12 million barrels a day, pulling the leadership, "Argonov stressed.

In his view, "the intention to reduce production is a fundamental difference between the current situation and the previous episodes of oil collapse in 2014." "Then, the OPEC countries did not respect the quotas, and in response to a sharp drop in prices, they decided not to reduce its own production, with the intention of strangling the revolution in the United States. There seems to be a consensus among OPEC + members that the market requires manual and operational regulation of production in order to avoid excessive volatility of quotations. can become an additional obstacle, "said the analyst.

According to him, "the collapse of oil prices and the extremely soft monetary policy of the largest central banks (partly due to oil turbulence) have become the basis for a significant and simultaneous acceleration of global growth in key regions." "If oil prices keep up their growth, it will support inflation, forcing central banks to respond at higher rates, which will further undermine economic activity in developing the region," argues Argon.

"Current oil craft, if it turns out to be sustainable, can seriously undermine global economic growth in the medium term, although it can benefit the markets in a short time by lowering the level of volatility," the expert concludes.