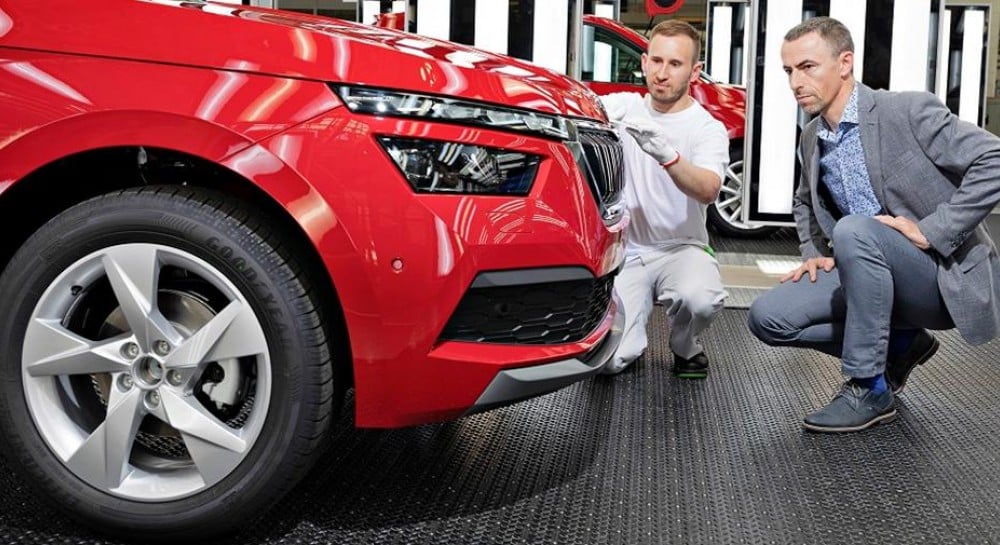 The production of the crossover named Kamiq is set in the Czech brand factory in Mlada Boleslav. 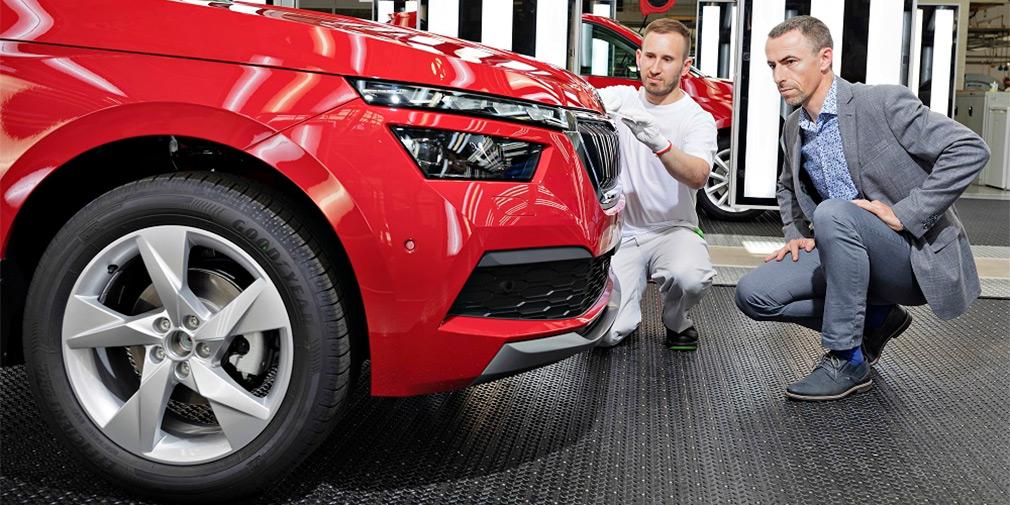 Skoda has started mass production of its most compact crossover called Kamiq. The word comes from an Inuit language: a group of indigenous peoples living in northern Canada and Greenland and means "this is perfect for the owner". The production of the car adjusts to the Czech brand factory of Mlada Boleslav.

Skoda has invested about 100 million euros in the production of a new crossover in Mlada Boleslav. For this reason, in particular, the car assembly line was adapted to the MQB27 platform and new molds were created. About 400 copies of Kamiq will meet at the daily Mladá Boleslav plant, writes Autonews.

The public debut of the novelty took place at the Geneva Motor Show. In the range of car models of the Czech brand, the Karoq and Kodiaq basses were classified. The main rivals of the car are called Nissan Juke, Renault Captur and Hyundai Kona. The length of Kamiq is 4241 mm, width – 1793 mm, and height – 1531 mm. The size of the wheelbase is 2651 millimeters. The selection of the customers will offer wheels with a diameter of 16 to 18 inches. The crossover luggage compartment is 400 liters. When the rear seats are placed, this figure grows to 1395 liters.

The car is built on the MQB platform. This chassis is already used by several compact and medium-sized vehicles: from the new Volkswagen Polo to the Skoda Kodiaq crossover. The design of the model was made in the style of the Vision X concept. A 10.25-inch virtual booth was installed for instruments and a multimedia screen with a touch screen with a diagonal of 6.5 to 9 , 2 inches. Kamiq has a surface with a texture that mimics crystalline structures and various options of upholstery, including a new microfiber coating.

The basic versions of the new articles are offered with a 1.0 liter three-cylinder TSI gasoline engine. The capacity of the unit is 95 liters. c. and 175 N · m of torque. The engine operates with a five-speed manual box. Also in the range of engines included the same engine, but with a return of 115 liters. c. and 200 Nm of torque. This engine is combined with a six-speed gearbox. Optionally, a "robot" of seven steps.

In addition, customers will offer a 1.5-liter petrol engine TSI, which produces 150 liters. c. and 250 Nm of torque. To save fuel, the controller is available with Active Cylinder Technology (ACT), which automatically shuts off two cylinders under light load. This engine is combined with a "mechanism" of six steps or with a "robot" DSG of seven steps.

Kamiq can be equipped with a 1.6 liter four-cylinder diesel engine. The capacity of the unit is 115 l. c. and 250 Nm of torque. Some countries will offer a gas version of the Kamiq with a 1.0-liter G-Tec engine (90 hp) and a six-speed manual transmission. Sales of new items in Europe should start this fall.

If you notice an error, select it with the mouse and press Ctrl + Enter