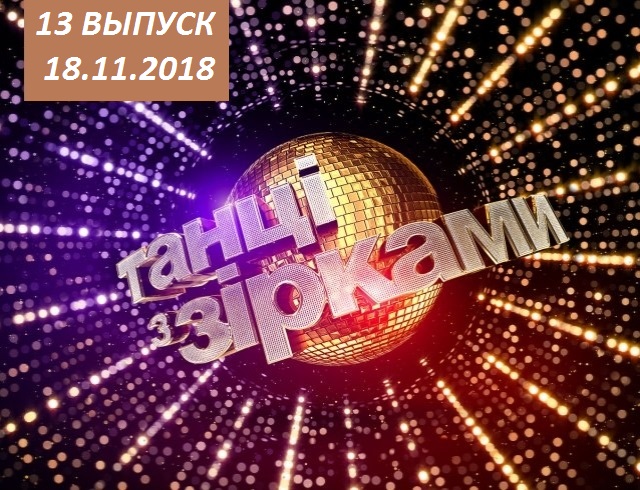 Last week, the 12th edition of the show "Tantsi Zkirkami" was broadcast on November 11, 2018. It was a spectacular and even magical show, but, unfortunately, one of the couples had to leave the performances. Today, November 18, 2013, watch the 13th issue of the show, which makes even the loudest people move their body.

We remind you that the judges of the season were the same loved ones: the famous choreographer, who created popularity thanks to dancing with stars – Vlada Iama, received the ballet and the most demanding judge – Ekaterina Kukhar, multiartist, dancer and singer Dima Monatik. The leader of the show – actor and TV presenter Juri Gorbunov.

Today we will have 4 stars in front of us: Georgian macho Irakli Makatsaria, humorist and coach of Laugh League Igor Lastochkin, actor Pavel Vishnyakov and TV presenter Lesya Nikitiuk.

Today, in the 13th edition – the semi-finals of dance reality – the pair of stars will present to the audience two performances. But in one of the dances, the former participant of the project joined.

So, Irakli Makatsaria and Iana Zaiets danced Rumba and hip-hop together with the finalist of the last season of the project and member of the group "Time and Glass" Nadja Dorofeeva.

The first dance of Lesya Nikitiuk with Makim Ezhov will be set on salsa, and the other will be a passionate tango, which the couple will show together with the participant of the previous season, singer Olga Poliakova.

Pavel Vishniakov and Julia Sahnevich will show the fusion audience on this show. In the second issue, the actor will dance an emotional passport with two partners at once, as for this number Anita Lutsenko will return to the floor.

But Igor Lastochkin, together with Ilona Gvozdeva, will show the audience an Argentine tango. The second dance will be free style, joining the famous comedian and former partner Ilona Iuri Tkach.

Whether the partners will be able to dance together and whether they will be able to win the tango, they watch this week already live. The company's continuous management of the project of Iuri Gorbunov on the balcony with stars will be the wife and host of Svitskiy life. Katja Osadchaia. This time in the edition will be two special guest. The popular singer Mak Barski and the group KAZKA, which with the song "Criing" for the first time in the history of Ukrainian music, achieved the Top 10 world lists of shazam services, "illuminate" the hall with new compositions.

All editions of the project "Tantsi z_rkami" season 2 and news about the project, see us.