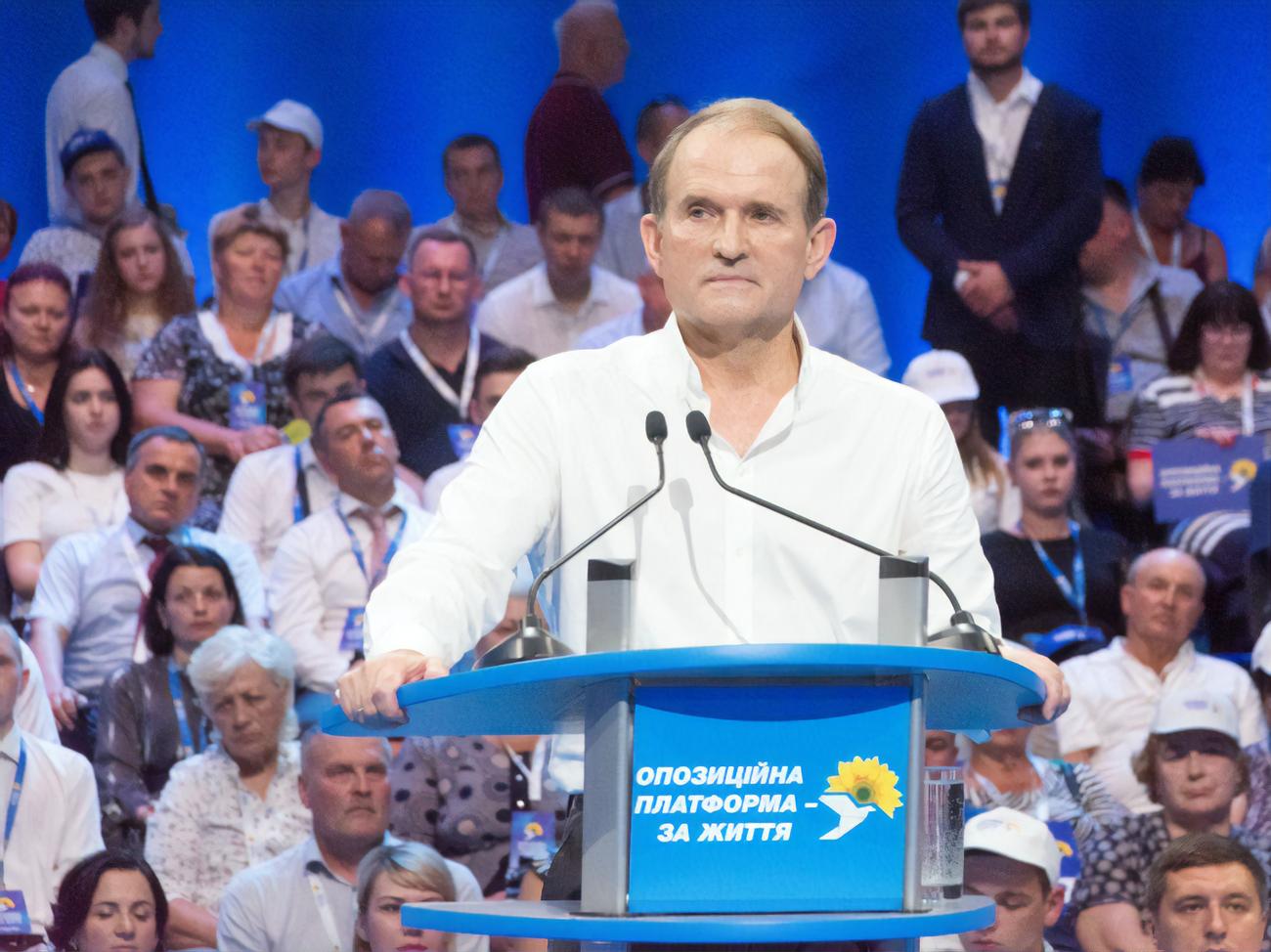 The decision of the Russian Federation to hand over the detainees to the godfather of Russian President Vladimir Putin, deputy of the Opposition Platform – For Life, Viktor Medvedchuk, violates the established mechanisms to solve these humanitarian problems. This was stated by the Ukrainian Ministry of Foreign Affairs.

Russia, for its actions, deliberately denies the role of the OSCE in the issue of the release of prisoners of war, this is especially significant on the day of the visit to Ukraine of the OSCE President, the Swedish Minister of Foreign Affairs, Ann Linde. This was reported by the press service of the Ministry of Foreign Affairs of Ukraine on January 20.

“The decision of the Russian Federation to transfer not to Ukraine, but to a private person [куму президента РФ Владимира Путина, народному депутату от “Оппозиционной платформы – За жизнь”] Viktor Medvedchuk, a group of Ukrainian citizens who have been detained for a long time in the temporarily occupied territory in the Donetsk and Luhansk regions, is seriously and openly violating the established mechanisms to solve these humanitarian problems, “the ministry said.

The Ministry of Foreign Affairs believes that this step is a blow to the format of Normandy and the trilateral contact group, which work systematically to ensure the release of detainees.

“We demand from the Russian Federation strict compliance with all agreements reached in the Normandy format, in particular to ensure the free access of the International Committee of the Red Cross to Ukrainian prisoners of war and hostages in the temporarily occupied territories of Ukraine for Russia, as well as the release of all detainees, “the statement said.

Pro-Russian militants are preparing to hand over nine detainees to Ukraine on January 20 or 21, said the Verkhovna Rada’s human rights commissioner Lyudmila Denisova. Representatives of the militants “LPR” and “DPR” Vladislav Deinogo and Natalya Nikanorova described Medvedchuk as an intermediary in the transfer.

In 2014, immediately after the annexation of Crimea, Russia launched an armed aggression in eastern Ukraine. Fighting is taking place between the Ukrainian armed forces, on the one hand, and the Russian army, and Russian-backed militants who control parts of the Donetsk and Luhansk regions, on the other. The Russian Federation does not officially recognize its invasion of Ukraine, despite the facts and evidence presented by Ukraine.

Negotiations on the resolution of the conflict are taking place in the framework of the trilateral contact group (Ukraine – OSCE – Russia) and Normandy Four (Ukraine – Germany – France – Russia).

The last exchange of detainees took place on April 16, 2020. The militants released 20 people, the Ukrainian authorities handed them over 14. In December, the representative of the Donetsk region in the Ukrainian delegation to the TKG, the journalist Sergei Garmash said the invaders blocked the exchange.

According to Denisova, militants from the temporarily occupied territories of the Donetsk and Luhansk regions continue to illegally detain 251 Ukrainians.