Ukraine is late for 10 years with cumulative pensions – Rozenko 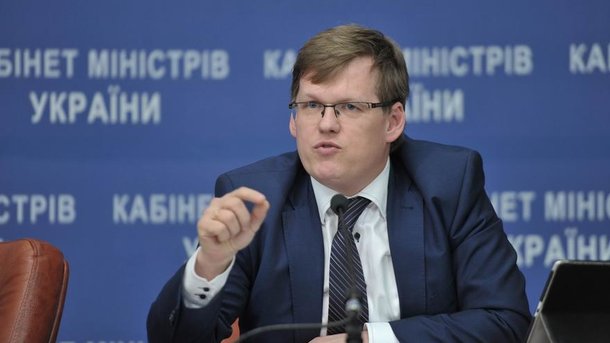 Ukraine has already created all the conditions for the introduction of the second – cumulative – level of the pension system. This is stated inHis prime minister, Pavel Rozenko, on channel 5.

Rosenko believes that Ukraine "was late for 10 years" with the introduction of the second level of pension reform. The deputy prime minister recalled that this reform was in Poland, and the level of retired Poles is at least three to four times higher than that of the Ukrainians.

The deputy prime minister also called the unjustified fear of some experts who brought into question the successful start of the second level of the pension system.

"We introduced changes in pension legislation almost simultaneously with Poland, but they did it: today the level of pensions for Poles is about three to four times greater than that of Ukrainians … Moreover, Ukrainian large companies today, including the sale of their shares and Polish pension funds, own that is, our company is already ready for the second level, and participates in Polish pension programs, and some of us say that Ukraine is not ready for it yet " – said Rosenk.

We will remind, earlier media reported that the Ministry of Social Policy proposed postpone the introduction of another cumulative level pension system for a year – until January 1, 2020 instead of 2019 This issue was discussed at a government meeting, but the final decision has not yet been made.

As you know, on October 3, 2017, the Verkhovna Rada adopted a pension reform, which, among other things, foresees the introduction of a compulsory pension insurance system from 2019. After the introduction of this system, a cumulative account is necessarily created for each employee up to 35 years old, after 35 years – voluntarily. The system, according to the second, still not adopted bill, will have a progressive scale of deductions – from 2 to 7%. The annual amount of deductions increases.

Funds that are rejected by the taxpayer will be transferred to individual pension accounts. Funds will be managed by non-state pension funds in order to preserve them and reduce the impact of inflation.

This is the second level of the pension system. Now in Ukraine, the first level functions – a common system. Also, the law provides for the work of the third level – private pension funds.

Supporters of the introduction of the second level of the pension system were Ukrainian officials, while The International Monetary Fund spoke against the introduction of funded pensions in Ukraine. In the expert community it was noticed that the main preventive factor is the lack of accountability of the state towards depositors.

At the same time, the pension fund of Ukraine has already noticed this financed pensions in Ukraine will not be, since it is necessary to approve the size of the contribution.

Otherwise, about 10 million retirees from 11.7 million dollars will receive an increased pension in December due to an increase in social standards since December 1: