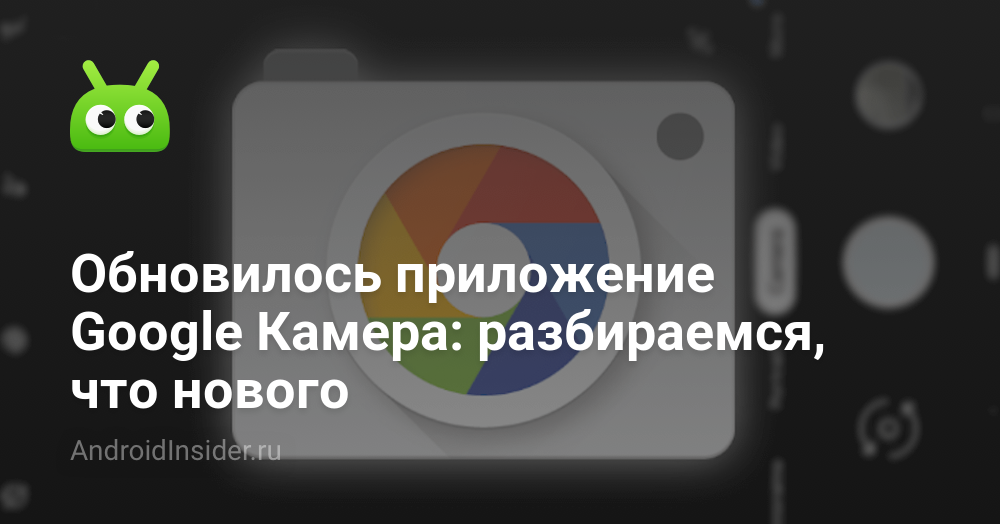 The Google Camera application for Pixel devices a couple of days ago received an update from version 6.1 to 6.2. An exhaustive review of the application was able to find several changes in it, a couple of them quite insignificant, but would like a safe thing: a completely dark way.

Dark mode in the configuration

Google Camera app interface The camera has always been focused on dark colors, but it was enough to go to the configuration, since a white screen suddenly began to burn your eyes. Now the configuration looks the same as the rest of the application interface. On pixel devices with Android Q, when activating energy saving mode, the entire interface enters dark mode and this also applies to the Cameras app and the configuration screen. In the same way, it works with Android P, although in this case the behavior of the operating system can be a bit unpredictable.

The first screenshot captures the light mode to version 6.1 and the next two show the dark mode in version 6.2.

The change of photo, video, portrait and panorama mode to version 6.1 of the Google Camera application showed a black transition screen with a center icon in the center. In version 6.2, the screen no longer blinks black during the transition, but there is an acute transition with the effect of increasing / decreasing the scale. If the new version changes in mode, everything is much softer and a little faster than before.

On the left we see the old black screen when you switch between camera modes and, to the right, the updated screen of the new version.

This is not the most obvious innovation. In version 6.2, when you switch to the front camera, a large flash icon appears in the center of the screen. Probably, Google found out that some users had a feeling of disconcert when turning on the flash in selfie mode and what was their strange beige screen and, therefore, added this great icon so that no one had questions.

On the left: there is only one beige-colored monophonic background and, to the right, the same, but with a large flash icon

Where can you download the new version of Google Camera?

Google Camera 6.2 is now available for download or update on Google Play, but if for any reason you can not download it, you can download this APK file.

Share your opinion in the comments of this material and in our Telegram chat.