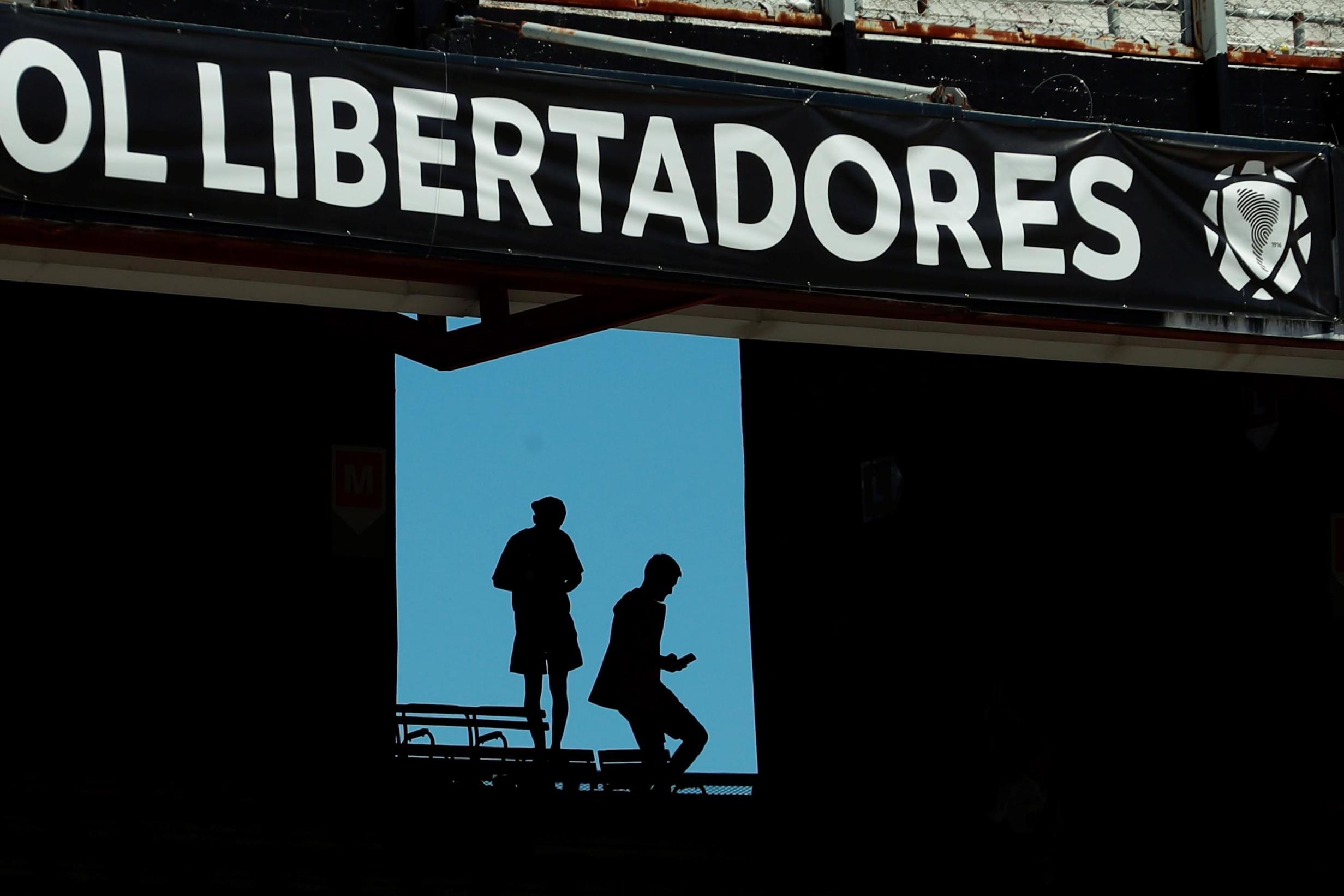 It was billed as the final to end all final. Boca Juniors against River Plate in the final of the Copa Libertadores was, many said, bigger than Barcelona versus Real Madrid in the Champions League showpiece. Now, it looks set to go down in history for all the wrong reasons.

The first leg brought drama as torrential rain saw the game at La Bombonera put back by a day. But if that had seemed like a dose of drama at the time, it was nothing compared to what was to follow.

This fixture is called the "Superclasico"; This show in the Copa Libertadores showpiece, dubbed "Superfinal." It was supposed to showcase the very best of Argentine and South American football. Instead, it has achieved exactly the opposite.

After the first match ended in an entertaining 2-2 draw at La Bombonera, the second leg was due to take place on Saturday at River's Monumental home. But violence intervened and on Sunday, the game was called off for a second time.

Despite significant police presence, Boca's bus was stoned on its route to the stadium on Saturday. On board, the players' songs were interrupted by a shattering of glass which left two players needing hospital treatment. Others were left dizzy and vomiting by pepper spray.

The bus should not have been there in the first place. Its route, along the Monroe Avenue, saw the vehicle drive straight through the enemy heartland, where thousands of River fans had gathered ahead of the match. It is where they always congregate, yet the police escort could not even protect one vehicle containing about 50 people.

Still, CONMEBOL pushed for the game to go ahead. But eventually it was postponed until Sunday night to allow the Boca players to recover. The two club presidents had agreed that the match should be played in "equal conditions" and on Sunday, Boca said that was impossible. So now it is off again and what happens next is anyone's guess.

Social media has served to highlight some of the horrific scenes. The stoning of the Boca bus was the tip of the iceberg. Other images showed flares being attached to young children in order to get the banned objects inside the stadium, while there were reports that some 5,000 fans had forced entry into the ground and others that were delinquent waiting outside to steal tickets from fans.

When will the Copa Libertadores final take place?


In the end, a fixture which was to be celebrated for its intense color, passion, noise and spectacular atmosphere will be remembered for a series of unsavory incidents involving violence, thuggery and hatred. Instead of showing off its beauty and its unique vibrancy, Argentine football has shamed itself with the world watching.

Not that these incidents are isolated, by any means. Just a few days ago, the stadium of Buenos Aires-based All Boys club was closed down due to violent clashes that left 16 police officers injured and led to three arrests. Such episodes are common.

Today's football would be inconceivable without Argentina. The South American nation lives and breathes its favorite sport in a unique way; It's a country that gave us Alfredo Di Stefano, Diego Maradona, Lionel Messi and so many more. But it has a big problem.

This weekend's events have highlighted that problem and it is not restricted to football. It is a society ill and violence is only part of it. Corruption, institutional chaos and organizational incompetence all contributed to the most unwanted stories on the weekend.

Those issues start at the very top, in the Argentine Football Association. Messi, among others, has complained about logistical and organizational problems within AFA. Meanwhile, the country continues to indulge the brave bars, groups of ultras or hooligans who sing during games, but are also at the root of the violence witnessed on Saturday.

It's five years since 2013, the most violent year on record in Argentine football, saw the death of 14 fans. That led to the banning of fans in the big games, but has not helped eradicate the problem.

Instead, the clubs continue to hand out tickets to the bars, often gangsters who sell drugs and run protection racks outside the stadiums on match days.

These people have ultimately ruined what should have been a party for everyone else. And although they represent a minority, they still operate in huge numbers and until they are controlled, these problems will persist.

Meanwhile, there is a meeting in Asuncion on Tuesday to discuss a possible date and venue for the final. Time is running out and one option is to play the second game in Abu Dhabi, with the winner staying on to compete in next month's Club World Cup.

Surely, however, it should not take place at all. In 2015, when the two teams met in the last 16 of the Libertadores and Boca fans attacked River players with pepper spray, the Xeneizes were thrown out of the competition.

Something similar should happen this time, although financial interests and television deals mean that it is unlikely. Whatever does happen, this weekend will go down as one of the most disturbing chapters in the entire history of Argentine football.

The dream of hosting the 2030 World Cup (together with Uruguay and Paraguay) now seems slim for Argentina too, while also winning it looks impossible with the problems at AFA and chaos in the stands.

Despite all of the problems, though, this should have been an opportunity to highlight everything that people love about the game in Argentina and also South America. Alas, the opposite has happened.

Maybe it was inevitable. Fans of both clubs, more than winning this final, appeared desperate to avoid losing it. And whoever goes on to lift the famous trophy, Argentine football is definitely the loser in all this.

Boca fans famously sing that River's relegation to Argentina's second division in 2011 is "a stain that will never be erased." The events of this weekend, though, will take even longer to be forgotten.