Japan and Qatar in the final of the Asian Cup, Premier League news and much more – live! | Football 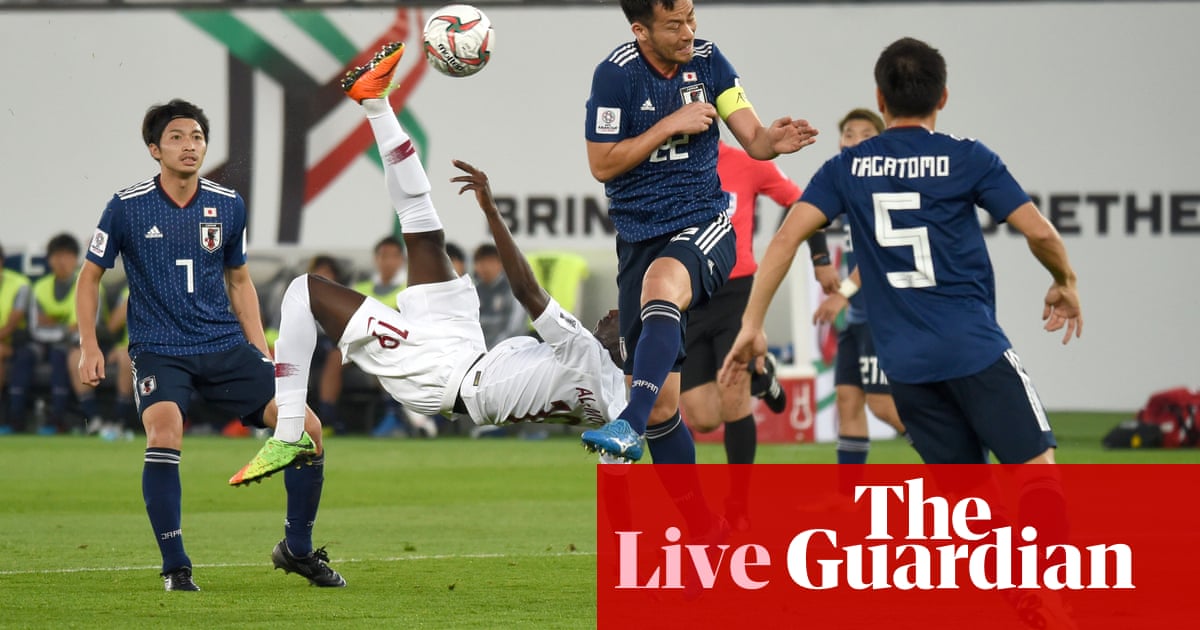 The Premier League clubs spent £ 180m during the January transfer window, the first time the figure has fallen since 2012, according to Deloitte football finance experts. Almost a third of total spending was counted for the £ 55m disbursement of Chelsea by Christian Pulisic of Borussia Dortmund.

Tim Bridge, director of the Sports Business Group of Deloitte, said: "When we approach a decisive phase of the season, the transfer of January of Premier League clubs has been relatively silent compared to what we have seen in previous years ".

Other Deloitte's results included the Big Six call, which represented 43% of January's expense, lower than last January when this figure was 62%.

In the same way, those in the sixth part of the table spent 20 million, compared to 70 million in the same period last season. Championship clubs spent 60 million pounds in the window, more than double the total of 30 million euros last year, added Deloitte.