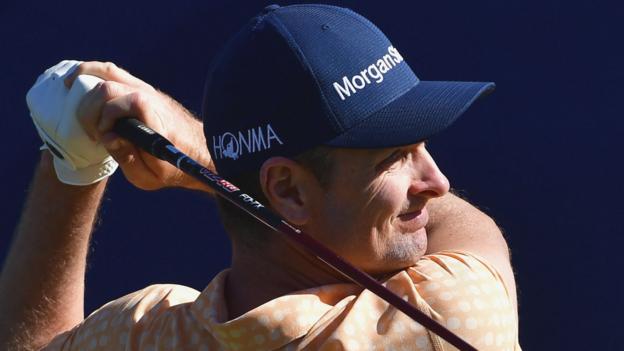 The first number in the world Justin Rose retreated the challenge of Australian Adam Scott to win the Open Farmers Insurance Open in San Diego, which finished down 21.

Rose, 38, moved away from the head of the night and made a round of 69 to beat Scott for two shots.

Jason Day went up to score to challenge from the start with a 67 round, but Rose recovered to win.

Rory McIlroy finished seven shots off the scoreboard in a tie in the fifth, while Tiger Woods returned four more.

The Englishman Jon Rahm sank after a partial round of 72.

Rose had a six-point lead at a stadium on Saturday but dropped shots in the final holes.

After three cabbages at the head of Sunday, rivals expected more slippery, but on the other hand, Rose shot for 10, 16, and 18 for the title.