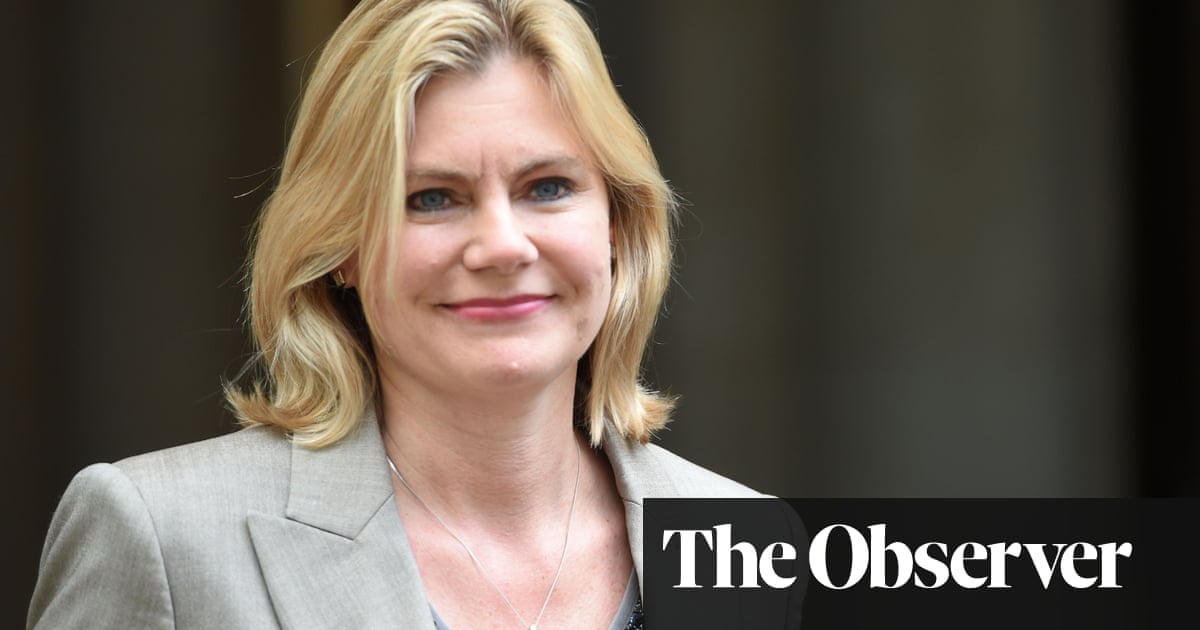 Theresa Mai accused a former government colleague last night for planning "the greatest gift of sovereignty in the modern era" because she faced a potentially devastating trigger from Tori's remnants and immigrants who condemned her plans for Brekit.

The day after Jo Joonzone, brother's former Foreign Minister Boris Johnson, resigned from the government and called for a second referendum on Brekitha, former Education Secretary Justine Greening launched an attack on the prime minister, saying her plans would leave the country "in the worst of all worlds ".

Losing further pressure in May, Greening – who resigned from the government in January – supported the former minister's call for another public vote and said MPs should reject the prime minister's agreement. Greening said for Observer: "The parliamentary stalemate was clear for some time. It is important now for the parliament to vote on this plan, because it is the greatest gift of sovereignty in the contemporary era.

"Instead, the government and the parliament must admit that they should give people the ultimate word about Brekit. Only they can stop the deadlock and choose practical options for the future of Britain now on the table."

Greening added: "Like many of us, Joe Johnson is a pragmatist in Britain's relationship with the EU. But Conservative MPs can more and more understand that this gift of sovereignty from number 10 leaves our country less talk about the rules governing our lives … It it is not in the national interest, it is the worst of all the worlds, and it does not solve anything. "

Her intervention – just a few days before May she hopes to get an agreement on her plans in her deeply divided cabinet – shows that Tori on both sides of the Brekite Division found a common thing, protesting that her plan would leave the UK related to the EU's economic systems , without saying the rules that govern them. As a result, they say that instead of withdrawing control from Brussels, they would do the opposite and leave the United Kingdom less power.

Letter to the prime minister, organized by the StandUp4Brekit campaign and distributed among the presidents of Tori's electoral committees, Observer, states that May's proposals are "a significant blow to our sovereignty".

He says that an agreement that would "leave Britain to a customs union with the EU in an uninterrupted time captured in unlimited time," could do so with current plans, "fly before the result of a referendum" and risk "delivering the Corbin government in the next election."

The letter reads: "As Presiding over the Conservatives, we are inviting you … to ensure that the final agreement follows those red lines that you listed on the election manifesto of 2017 and your Lancaster House speech – leaving the customs union, a unique market and the European Court of Justice. "

In his statement on Friday's resignation, Jo Johnson said the country was "at the brink of the greatest crisis" since World War II and claimed that Brekit's treaty was "nothing similar to what was promised." He accused the choice between plans in May or outcome without the agreement as "the failure of the British statute on a scale not visible from the Suez crisis" that left Britain to Britain that faced a "vassal" or "chaos".

On Saturday, talking about BBC Radio 4 Today program, he went on, saying that the second referendum would be the first opportunity for voters to have a say on what Brekit actually meant after two years of negotiation overrun. "In my opinion, it's so different from what was announced to be an absolute travesty if we do not return to people and ask them if they actually want to leave the EU on this extremely hopeless basis," he said. .

Asked if he believed that other ministers should abandon this issue, he encouraged them to do so if they shared their opinions. "I think this is so important for MPs to deal with. I did it, if others feel it's right for them, good for them."

One donor, Tori, warned last night that Maya was now heading for an "explosion" with his party. "It has brought incompatible promises to various constituencies," he said. "The blast is now the best prognosis."

Campaign for the second referendum claims that support for another vote is rising. Pro-Others best for the British group said that for the first time the poll showed that the majority of voters for the absence supported the second vote. A Populus survey of more than 8,000 people found that 52% of those who voted for leave now support the latest word on the Brekite agreement.

Meanwhile, Labor leader Jeremi Corbin was under the pressure of some of his deputies because they said that "we can not stop" Brekit, just two months after insisting that "all the options on the table", and the Senate Brekit Secretary Keir Starmer said the second referendum with the possibility of remaining in the EU should be open. Many MPs claim that if Corbin supported the second referendum, there would now be a majority in Parliament.

In an interview for Der Spiegel announced on Friday Corbin said it was necessary to "recognize the reasons why people voted for the absence". Luciana Berger, Mike Gapes, Ves Streeting and Chuka Umunna were among the deputies to criticize these remarks as the main debate within the party on whether they should support another poll if they would vote in parliament in May. Asked on Saturday whether he agreed with Johnson's call for a second referendum, Corbin repeated his opposition: "Not really, no," he said. "The referendum was held. The question now must be the way we bring people."