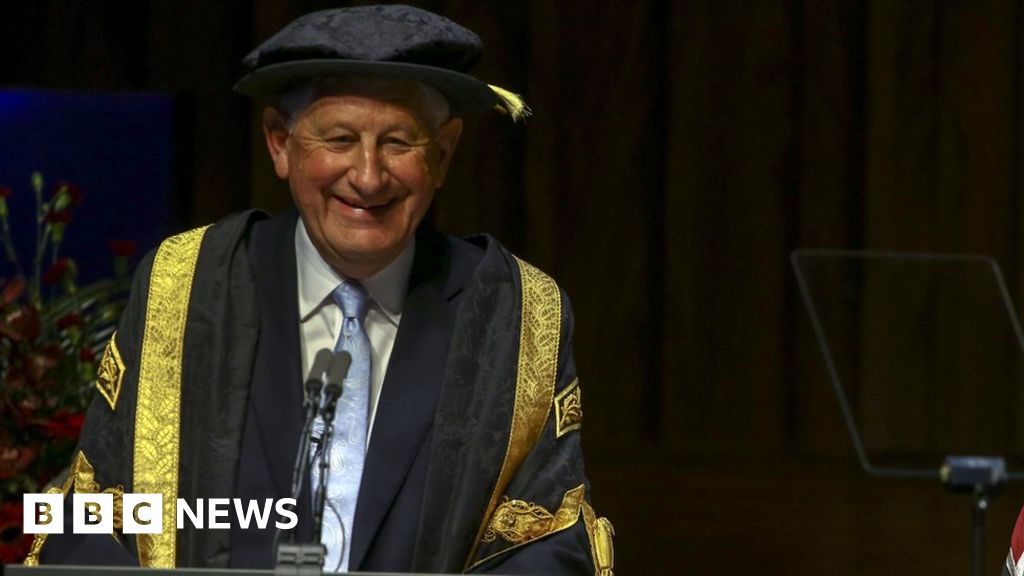 Swansea University has suspended its vice-chancellor, officials have confirmed.

Prof. Richard B Davies, who has held the role at the university since 2003, stood aside for an internal investigation to be carried out.

The dean of the school of management, Prof Marc Clement, and two other staff members, have also been suspended.

In an email, seen by BBC Wales, staff were told by registrar Andrew Rhodes, that the matters being looked into did not concern "the academic performance of the university or its financial wellbeing".

Mr. Rhodes is to take over vice chancellor duties on an interim basis.

He added: "I appreciate that many questions will arise from this message, but it will not be possible to provide more detail at this time.

Prof Davies, who was brought up in West Wales, studied Engineering at Cambridge before getting a PhD at Bristol University.

Last year, I presented Hilary Clinton with an honorary degree from the university and was at the helm during the opening of the £ 450m Bay Campus near Fabian Way.

Llanelli-born Prof Clement has held several senior academic positions and was appointed Dean of the School of Management in 2015.

A Swansea University spokesman said: "We can confirm that the vice chancellor and Professor Marc Clement have been suspended on full pay, pending the outcome of a research intern.

"We are not making any further comment at this stage."