Cancer MIRACLE: Man's brain tumor disappears WITHOUT any operation – and says that God did it by the World | news 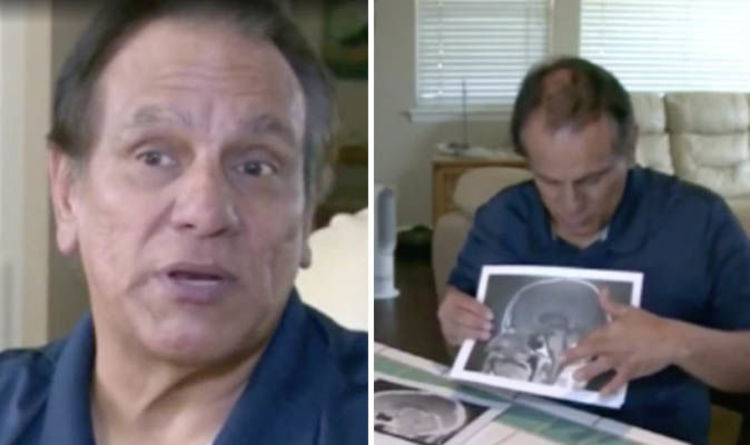 Paul Vood, a volunteer community from Lodi, California, was diagnosed with brain cancer, but he recovered without surgery and claimed that he prayed that God helped him cure him.

A few months ago, Mr. Voodoo was diagnosed with a malignant tumor of the brain after the pig from sharp headaches and immediately turned to his faith and support from his local community.

He told CBS Sacramento: "I had big headaches. I could not walk down the hallway without holding the walls."

Mr Wood is referred to a neurosurgeon at UC San Francisco on suspicion of bleeding his brain, but doctors soon realized he had a tumor.

He turned to the prayers and support of his community and told CBS: "My phone is falling, my Facebook is a prayer after prayer, throughout California."

Mr. Wood said, "It's a miracle, and that's the way God designed it."

His specialist dr. Richard Iee said that Voodoo was something that doctors "can not explain," because the surgeons were left shocked by the miraculous recovery of a man.

Dr Iee told CBS: "We are doing tests and we have medical technology and we are trying to come to some conclusion, we are detectives, and sometimes things happen that we can not explain."

Religious leaders in the local church Vooda enabled his recovery of constant prayer in number and praised man because of his faith in God.

Jason McEachron, Pastor in the Church of gravity, told CBS: "He just kept saying," no matter what happens to me, I will be fine. I believe in God. "And it was an inspiration for many people around him."

The doctors asked Mr. Vood to take part in a new research study to find out how miraculously recovering from cancer.