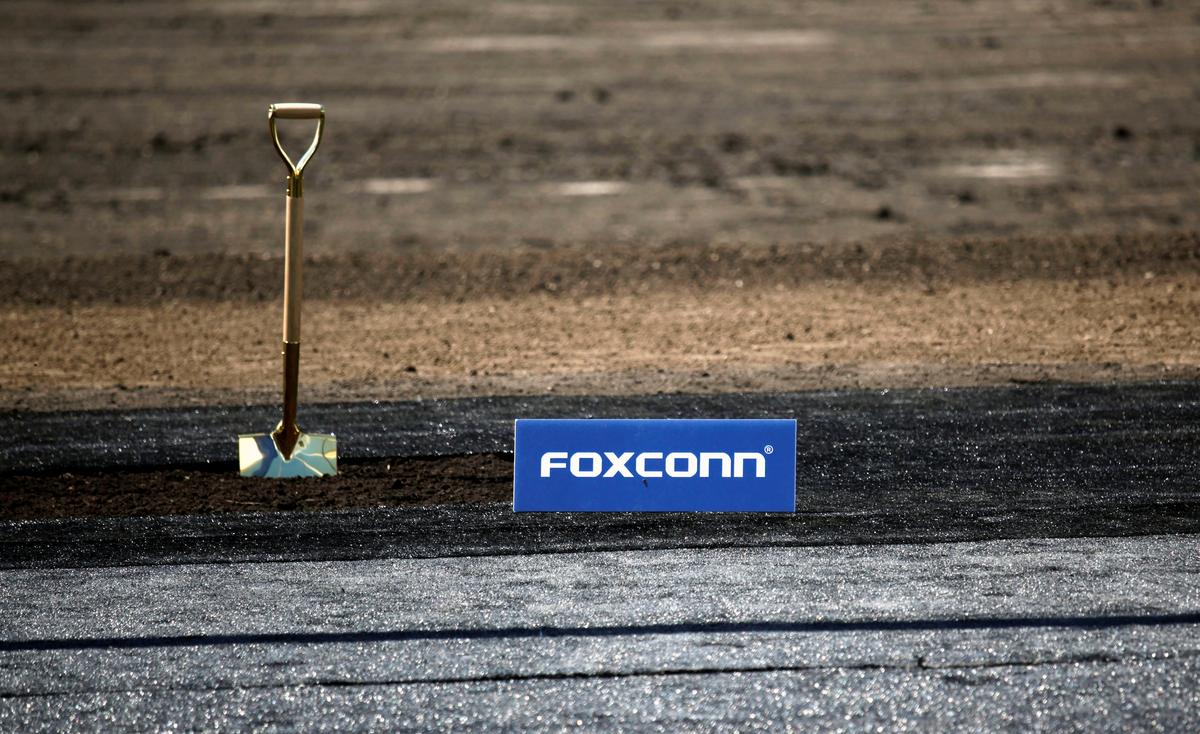 (Reuters) – Foxconn Technology Group is reconsidering plans to make advanced liquid crystal display panels at $ 10 billion in Wisconsin campus, and said it intends to hire mostly engineers and researchers rather than the manufacturing workforce the project originally promised.

FILE PHOTO: A shovel and FoxConn logo are seen before the arrival of U.S. President Donald Trump as he participated in the Foxconn Technology Group's groundbreaking ceremony for his LCD manufacturing campus in Mount Pleasant, Wisconsin, U.S., June 28, 2018. REUTERS / Darren Hauck

Announced at a White House ceremony in 2017, the 20-million-square-foot campus marked the largest greenfield investment by a foreign-based company in U.S. History and was praised by President Donald Trump as proof of his ability to revive American manufacturing.

Foxconn, which received controversial state and local incentives for the project, initially planned to manufacture advanced large screen displays for TVs and other consumer and professional products at the facility, which is under construction. It later said it would build smaller LCD screens instead.

Now, those plans may be scaled back or even shelved, Louis Woo, special assistant to Foxconn Chief Executive Terry Gou, told Reuters. He said the company was still evaluating options for Wisconsin, but cited the steep cost of making advanced TV screens in the United States, where labor costs are comparatively high.

When it comes to manufacturing advanced screens for TVs, he added: "If a certain size of display has more supply, whether from China or Japan or Taiwan, we have to change too."

Rather than focusing on LCD manufacturing, Foxconn wants to create a "technology hub" in Wisconsin that would largely consist of research facilities along with packaging and assembly operations, Woo said. It would also produce specialized tech products for industrial, healthcare, and professional applications, he added.

"In Wisconsin we're not building a factory. You can not use a factory to see our Wisconsin investment, "Woo said.

Earlier this month, Foxconn, the largest supplier to Apple Inc., reiterated its intention to create 13,000 jobs in Wisconsin, but said it had slowed its pace of hiring. The company initially said it expected to employ around 5,200 people by the end of 2020; The company source said that figure now looks likely to be closer to 1,000 workers.

It is unclear when the full 13,000 workers will be hired.

But Woo, in the interview, said about three quarters of Foxconn's eventual jobs will be in R & D and design – what I described as "knowledge" positions – rather than blue-collar manufacturing jobs. Foxconn is formally known as Hon Hai Precision Industry Co.

Rather than manufacturing LCD panels in the United States, Woo said it would be more profitable to make them in greater China and Japan, ship them to Mexico for final assembly, and import the finished product to the United States.

He said that would represent a supply chain that fits with Foxconn's current "fluid, good business model."

Heavily criticized in some quarters, the Foxconn project was championed by former Wisconsin Governor Scott Walker, a Republican who helped secure around $ 4 billion in tax breaks and other incentives before leaving office. Critics of the deal, including a number of Democrats, called it a corporate giveaway that would never result in the promised manufacturing jobs and posed serious environmental risks.

The company's own growth projections and employment goals suggest that the taxpayer investment would take at least 25 years to recover, according to the budget think tank Wisconsin Budget Project.

Foxconn CEO Gou plans to meet with Wisconsin's new Democratic governor, Tony Evers, a past critic of the deal, later this year to discuss modifications of the agreement, according to the source familiar with the thinking of the company.

Currently, to qualify for the tax credits Foxconn must meet certain hiring and capital investment goals. It fell short of the employment goal in 2018 – hiring 178 full-time jobs rather than the 260 targeted – failing to earn a tax credit of up to $ 9.5 million.

The company may be prepared to walk away from future incentives if it is unable to meet Wisconsin's job creation and investment capital requirements, according to the source familiar with the matter.

Reporting by Jess Macy Yu in Taipei and Karl Plume in Wisconsin; Editing by Jonathan Weber and Paul Thomasch

Scientists may have discovered a new layer inside the Earth