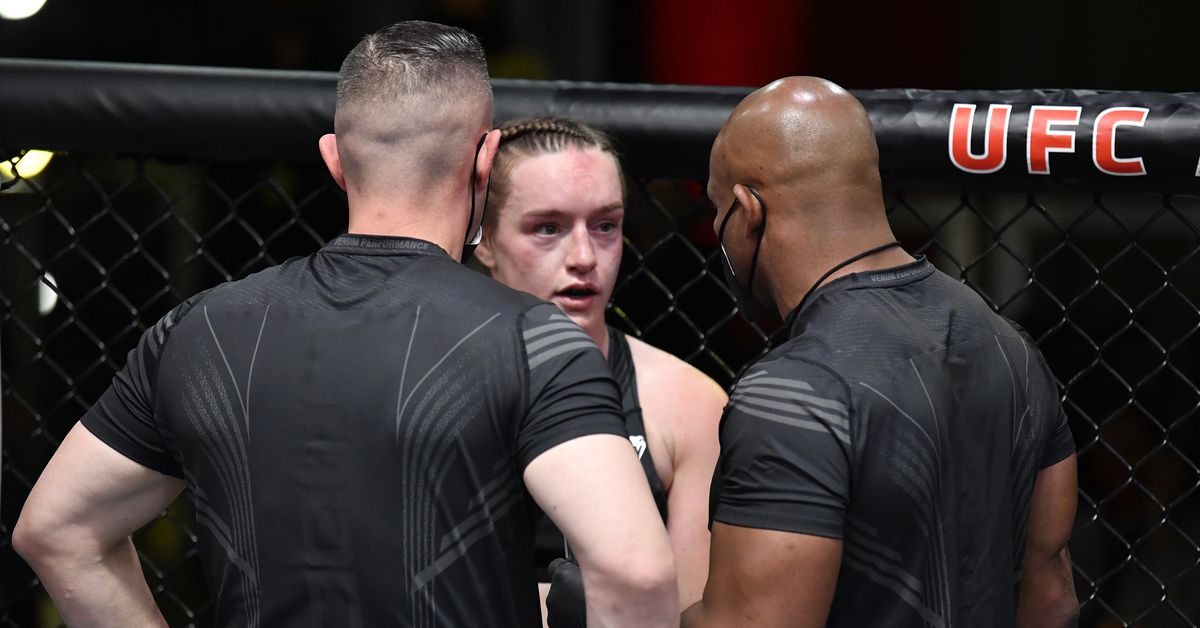 Aspen Ladd fought for the UFC Vegas 40 main event and not everyone was impressed with the way his corner handled the situation.

After a trouble-free fight, Norma Dumont won a unanimous decision over Ladd on Saturday’s program at UFC APEX in Las Vegas, but the exchanges between Ladd and coach Jim West could have overshadowed Dumont’s victory.

Between subsequent rounds, West could be heard asking Ladd, “What are you doing?” and imploring her to improve her effort, as it was evident that she was lagging behind in the dashboards. However, his choice of words and tone irritated some of the wrestlers they watched, including former UFC champion Miesha Tate.

“This is abuse, what a shower,” Tate wrote on Twitter.

See more about his reaction and what other fighters thought about West’s training, as well as the lack of action at the main event here:

@ Jwestgold15 he would never talk to one of his fighters the way he has with Aspen. I hate to see it. I’ve been there before …

She would do it without him, it’s who she is. He will be credited for his victory, but never for his loss. Trust me, you can only take so much of this abuse before you break your spirit. https://t.co/hDx7g9aDoU

Are you kidding me? Perhaps the only reason he even starts to get slow is because of him. She is a FIGHTER and there is only one thing that holds her back. https://t.co/GKnpaIP7HU

This guy is James Krause when he asks for wish

What do you think of this “coaching” at the main event ?! #ufc

I have what Ladd’s coach says, but maybe something tactical to help him. Because right now the problem is that the fuck gets the fight out of him. # UFCVegas40

The Landwhers interview was more entertaining