Why the deployment of vaccines in California has been so messy 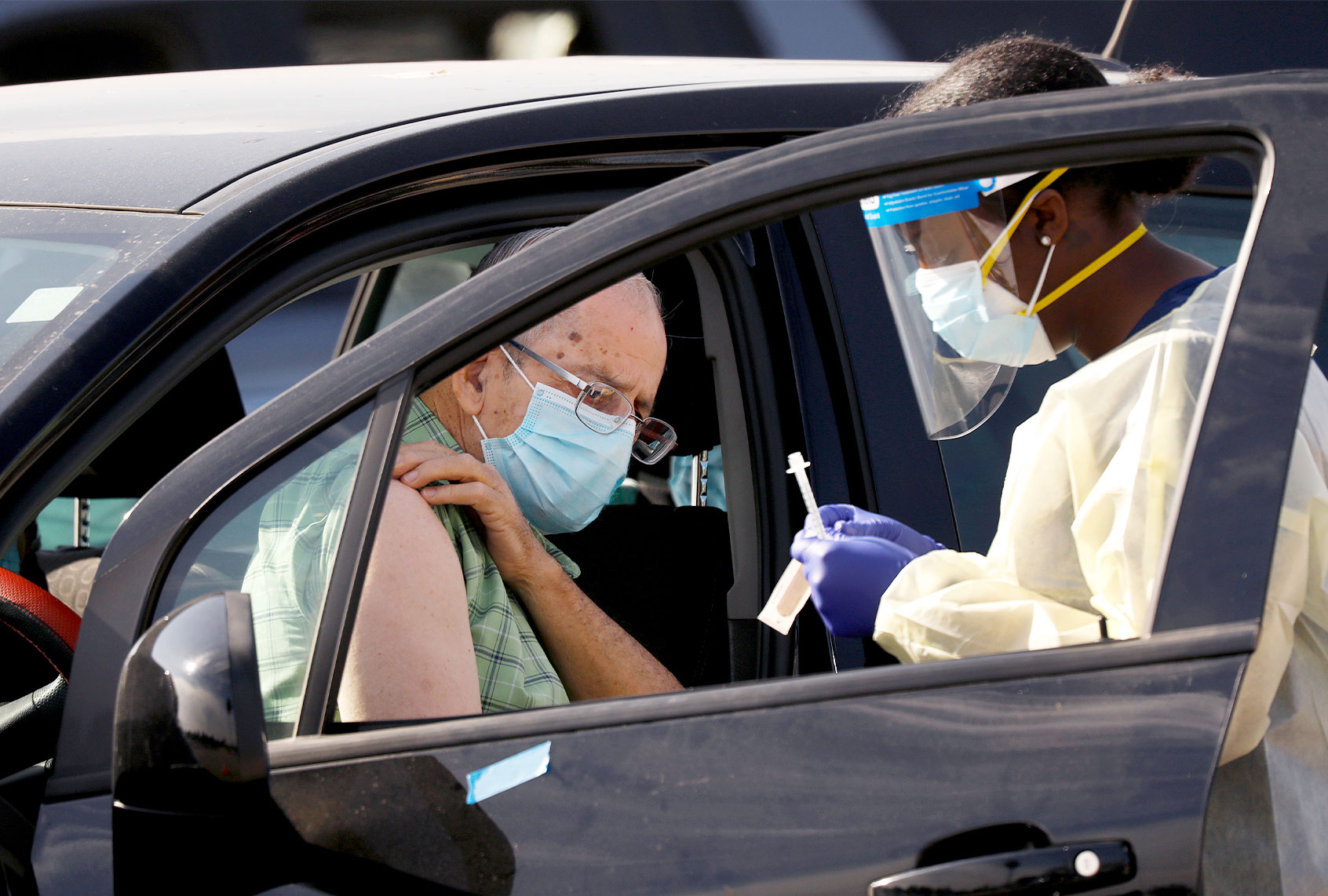 When California received doses of the Pfizer / BioNTech coronavirus vaccine in mid-December, hospitals were quick to administer it to their front-line workers. The following were the long-term residential workers. But a month later, the state is experiencing a bewildering lag and vaccines are not being put in their arms as they should be.

According to data from the Centers for Disease Control and Prevention (CDC) analyzed by Bloomberg, as of Jan. 22, the state had only administered 37.3% of the 4,379,500 doses it received. The percentage of doses administered in California is the lowest in the country. It is followed by Minnesota, Virginia, Alabama, Nevada and Kansas. (Jurisdictions with the highest percentage of administered doses including North Dakota, District of Columbia, West Virginia, New Mexico, and South Dakota.)

At the start of the pandemic, California was hailed for successfully flattening the curve. Only in the last two months have the largest cities in the state experienced an increase in COVID-19 cases. With that in mind, many are wondering why the deployment of vaccines has been so messy? And what is behind the discrepancy between the vaccines obtained and the vaccines administered?

Experts have some theories. Some say it is the result of the state’s decentralized public health system, such as Dr. Peter Chin-Hong, an infectious disease specialist and professor of medicine at the University of California, San Francisco.

“Part of the problem is that, of course, California is the most populous state, and that’s why it really reflects not being a national health system or a state health system,” Chin-Hong said. “What you find is a lot of duplications, layoffs or gaps – for example, you could be a nurse and get an offer to get a vaccine in a nursing home if you work there, but if you also work in the hospital, you’ll also get an invitation “.

Chin-Hong said some health workers receive “multiple invitations,” while others do not receive invitations, and that’s just health workers. For parts of the general population, such as those over 65 that Governor Gavin Newsom said were eligible for the effective vaccine immediately last week, it is even more difficult to get a vaccine for other reasons, that is, for the lack of vaccinators.

“California is leading the nation in an increase in COVID right now, especially in Southern California, and that makes health workers who normally administer vaccines scarce,” Chin-Hong said. “And enlisting an army of volunteers has not been as smooth as one might think about it.”

Finally, Chin-Hong said there has been a lack of transparency between the state, health workers and the public around what is happening.

“No one really understands why we have this discrepancy as to how many doses have been allocated and how many have actually reached the arms of the people of California,” he said, noting that there is some variation within that sentiment.

In Long Beach, for example, food workers are getting vaccinated; the teachers are already as follows. Meanwhile, in the San Francisco Bay Area, 90,000 front-line health workers are eligible to receive the vaccine as part of the first phase (phase 1a) of vaccinations. According to the new San Francisco vaccine tracker, 48,658 doses have been administered in San Francisco, but not everyone who receives a live one in San Francisco (they could work at a health center in the city). It is estimated that only 31,189 eligible Franciscans have received at least one dose of the vaccine. Technically, those aged 65 or over will be able to be vaccinated, but are officially part of phase 1b.

San Francisco supervisor Matt Haney said that so far this week there has been a “lack of transparency” and “a lot of confusion.”

“We’re moving forward this week, but before Tuesday there wasn’t even any place to sign up, and that’s as basic as it gets,” Haney said. “I think local and state governments will want to blame all the supply and I think the supply is definitely a reason why tomorrow we can’t give the vaccine to everyone as much as we would like. But the lack of supply is not an excuse for a communication deficient or no communication, and the lack of transparency and the lack of real responsibility for widespread distribution. “

Haney said, above all, that local governments that seemed to be ready receive their vaccines in the arms of the people.

Amesh Adalja, a scholar at the Johns Hopkins Center for Health Security, told Salon that when it comes to states being effective in administering available vaccines, preparation has been key. And, unlike cities like San Francisco, it’s the states with the most rural populations that seem to act together, as they work out plans in advance. According to Reuters, West Virginia opted for a “hyper-local” approach, in collaboration with independent pharmacies. By the end of last month, the state had already offered the vaccine to all of its congregation care residents. It should be noted that West Virginia opted for a distribution partnership between the federal government and CVS and Walgreens.

“I think it was a really proactive approach that started long before the vaccine was available and that allowed some of those states to move forward much faster,” Adalja said. “West Virginia is a state where paradoxically a lot of people think they have few resources, and that’s why I think they were very proactive.”

Adalja said it is possible that many larger states would expect federal support, although funding was not approved until the Christmas weekend.

“I think it really has to do with proactivity, but much of the blame doesn’t necessarily lie with the state, but it’s mostly the federal government for not devoting enough time to that last mile of vaccination and assuming that once they the vaccine was administered, which would all collapse would not work smoothly, ”Adalja said, noting that the COVID-19 vaccine cannot be administered“ on the fly ”like the flu vaccine.

Californians now expect a change of guard to generate relief. On Thursday, President Joe Biden released a national plan to speed up the process.

Dr. Chin-Hong said it will definitely help a national strategy, especially considering it is the first time the country has it. But he fears the confusion in California will also be a symptom of the constant lack of public health funding for years.

“Public health has been underfunded for many years, so you can’t do a Broadway program overnight,” he said.