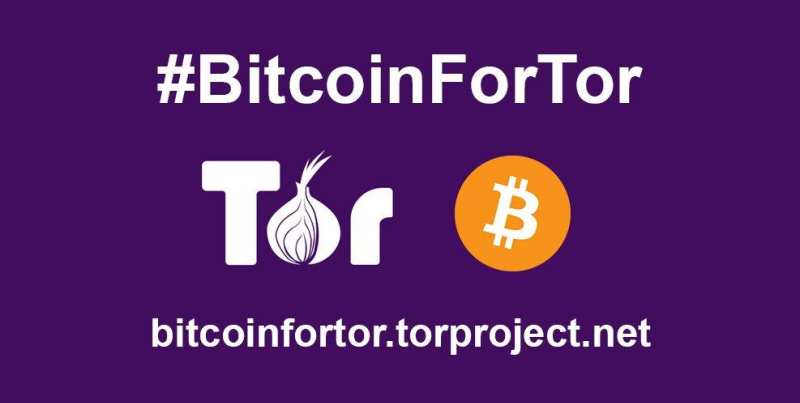 A fundraising campaign for the Tor project, launched in partnership with the BTCPay Server Bitcoin Payment Processing Company, has raised more than USD10,000 in just one day since its launch.

Announced on Monday, July 15th, by BTCPay Server using your account on Twitter, the #BitcoinForTor campaign was precisely as a goal the collection of USD10,000 to continue developing the Tor project browser focused on the privacy of its users.

The sum collected in bitcoin will go directly to the cold wallet of Tor, 1 Ledger Nano S. This is explained by the Tor's own developers through the publication on the #BitcoinForTor page. In fact, in this text, I thank Ledger as the sponsor of the campaign.

The collection has a limit of 14 days, of which 13 are still missing to comply. During this period, those interested may continue to send donations, even if they have reached the goal of USD10,000. Between this Monday and Tuesday, more than 315 people have contributed to the campaign, with a total of USD 10,025 at the time of writing this note.

The campaign supports on-chain payments (via the main chain of Bitcoin) or through the Lightning Network (LN) side chain, the micropayment channel network for Bitcoin.

This type of revenues with digital currency is becoming increasingly popular. Not only to support privacy initiatives or at least associated with technology, such as the Tor case. In contrast, for the reconstruction of the Notre-Dame cathedral, in France, a local foundation began to accept donations with bitcoin and ether.

Another case is the charity initiative on female care launched by the Binance exchange house in Uganda. This project has its own symbol, the Pink Care Token (PCAT). The program also has support from other companies in the digital currency ecosystem, such as Paxful, Ripple and Tron, among others.

Perhaps one of the most noteworthy among charity projects has not started just like one. The chain of confidence of the Lightning Network, initiated by a Norwegian bitcoiner with the intention of promoting LN as a micropayment network with bitcoin, ended up giving the funds raised to people in need in Venezuela. In total, the sum reached about 0.41 BTC, around USD 4,000 according to the current price of bitcoin in the market.