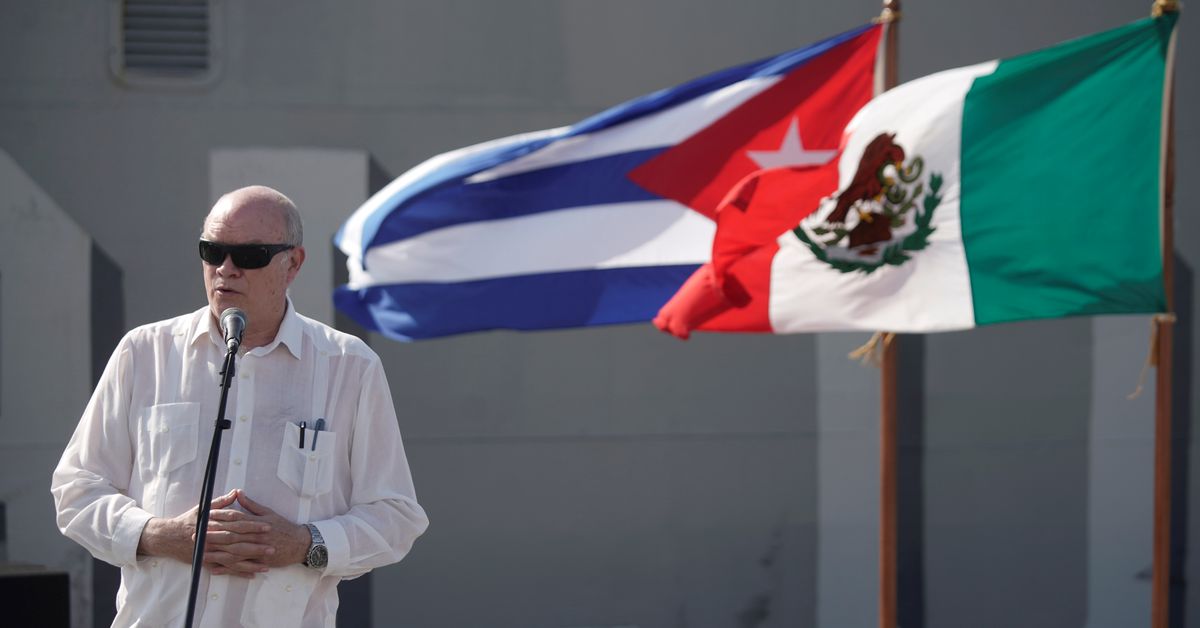 HAVANA, JULY 30 (Reuters) – Cuba received food and medical supplies this week from its allies Mexico, Russia and Bolivia in an attempt to alleviate scarcity and discontent amid the worst economic crisis in the world. island in decades and an increase in the prices of coronavirus cases.

The donations, which authorities began distributing on Friday, come nearly three weeks after unprecedented protests erupted across the country, fueled by frustrations over dire economic conditions and restrictions on civil liberties.

Cuba attributes the unease to U.S.-backed mercenaries who exploit the hardships it says were caused in large part by decades of U.S. sanctions and covert attempts through the #SOSCuba campaign to call for humanitarian aid.

He has now resumed the narrative of humanitarian aid, with the help of allies who also blamed the US trade embargo on much of Cuba’s ills.

On Friday, a Mexican Navy ship carrying 1,000 tons of beans arrived in the country, as well as medical equipment and oxygen for patients with COVID-19, which currently has one of the highest per capita infection rates in the world. ‘world. Two more will arrive soon, Interior Minister Betsy Diaz said late Friday on state television.

“I want to personally thank President Andrés Manuel López Obrador who … ratified Mexico’s traditional rejection of the blockade and its desire to help Cuba,” Cuban Commerce Minister Rodrigo Malmierca said at the ceremony of reception of ships.

Pedro Monreal, author of a popular blog on the Cuban economy, said the relief was “positive as an emergency measure” given the severity of the simultaneous health, economic and political crises.

“This has a humanitarian and political angle,” he said. “But when you look at the long term, its relative weight is low.”

Ricardo Torres, an economist at the Havana-based Center for the Study of the Cuban Economy, calculated, for example, that Vietnam’s promised donation of about 12,000 tons of rice would produce about two pounds per Cuban. .