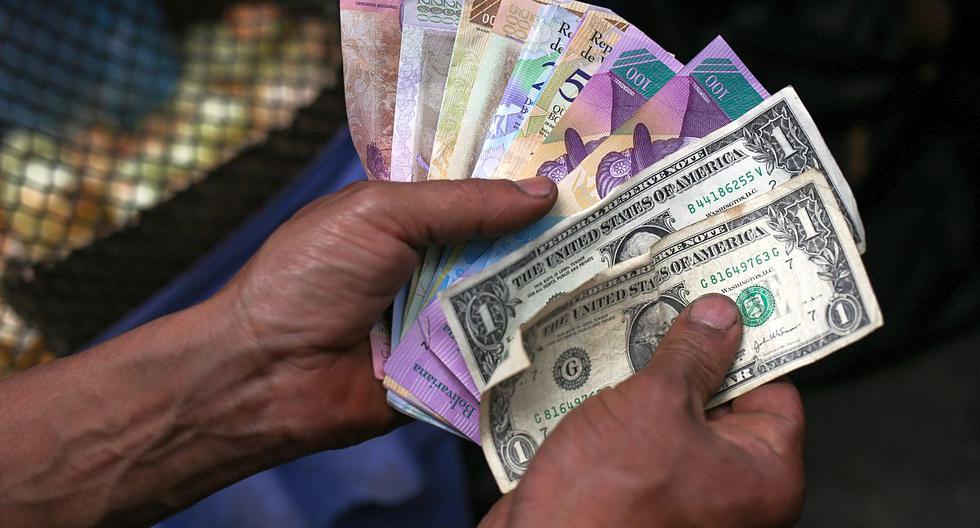 The exchange rate was trading higher on Monday in the informal market of Venezuela, After the government accused the United States of protecting ExxonMobil in an area in dispute with Guyana.

LOOK HERE: The VPITV channel stops operating in Venezuela after the confiscation of all its transmission equipment

In the morning, the price of the dollar was trading at 1,621,012.12 sovereign bolivars in the informal market in Venezuela, a level 10.8% higher than the 1,446,012.11 units at the close of Friday’s day, according to data from the DolarToday portal.

Venezuela on Sunday accused the United States of protecting the “predatory interests” of US oil company ExxonMobil in a disputed area between the South American country and Guyana.

“This is how the United States confesses its complicit involvement in the conspiracy to snatch the territory of Guyana Esequiba in Venezuela. It protects the predatory interests of the transnational oil company ExxonMobil and instrumentalizes Guyana for dark corporate claims.”, Wrote on his Twitter account Venezuelan Chancellor Jorge Arreaza.

The territory that Venezuela calls Guyana Esequiba, divided in several regions in the Republic of Guyana, is a zone in dispute that includes almost 160,000 kilometers square to the west of the Esequibo river, fact that supposes almost two thirds of the old British colony .

The controversy has intensified in recent years after the American company Exxon Mobil discovered, in 2015, oil fields in the waters adjacent to the disputed area.

Arreaza’s message responds to another published by the United States Department of State’s Acting Secretary of State for Western Hemisphere Affairs, Michael Kozak.

Kozak showed his support for the decision taken by the International Court of Justice (ICJ), by which the court declared itself competent to judge the validity of an arbitration award of 1899, which established the border between the two countries, a decision that Venezuela rejects.

Faced with Kozak’s support for the ICJ’s decision, Arreza showed the Venezuelan government’s rejection of what he considers a “serious threat to peace and security” in Latin America.

“We call for national union in the monolithic defense of our historical rights and the rejection of imperialist interventionism”, Holds.

LEE ALSO: The Rodríguez brothers, the new Chavista nucleus of power in Venezuela

Admiral Craig Faller, head of the U.S. Navy’s U.S. Southern Command, will visit Guyana this Monday, where he will remain until next Wednesday, in the context of the joint maritime surveillance maneuvers that began this Saturday. , intended, among others, to intercept drug trafficking near the border with Venezuela.

This visit follows that of US Secretary of State Mike Pompeo in September 2020, when the two countries signed a maritime cooperation agreement.