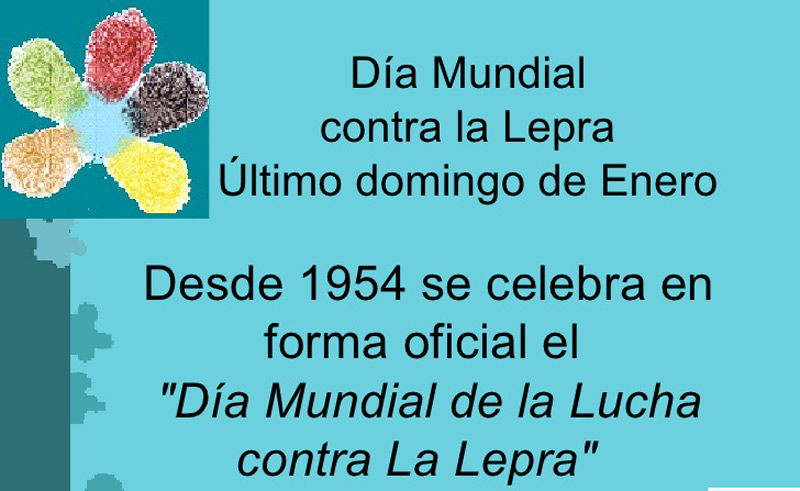 On the last Sunday in January, the Day against Leprosy is celebrated

With the objective of sensitizing the world on leprosy and moving away the negative image of the people affected by this disease, the last Sunday of each January was instituted in this condition to promote prevention actions and of solidarity with the patients.

The idea behind this idea was French journalist Raúl Follereau (1903-1977) after visiting a leprosy in Cote d 'Ivoire for work reasons.

The story shows that after continuous demonstrations promoted by this gal, this date was chosen, which coincides with the Gospel in which the care of lepers is told. On January 31, 1954, the first event was officially celebrated, with a universal mobilization of spirits and choirs in favor of the sick.

Dr. Dionisia Maria Infant Gómez, a first-degree specialist in Hygiene and Epidemiology and at the head of the Lepra Program in the municipality of Holguín, responded to several questions that many people make about this suffering caused by the Mycobacterium leprae bacillus , discovered in 1873, by Hansen Norway.

How does this disease currently take place in the province of Holguín?

– Cuba implemented in1962 the first prevention and control program against leprosy, which has been updated in accordance with the development of our National Health System and the scientific-technical advances that are being carried out. ; they have achieved the knowledge of this suffering worldwide.

"In 1993, with the reduction of the prevalence rate to 0.79 per 10 thousand inhabitants, the elimination of the disease was achieved as a public health problem at the national level, according to the definition of the # 39 ; World Health Organization (WHO), when diminishing morbidity.

"In the last years, it has maintained a stabilization between the new cases that are diagnosed and those that emerge from the cured prevalence.

"Holguin has the most affected municipalities in" Calixto García "," Noris Urbano ", Mayarí and the provincial headquarters, where the health areas with the greatest difficulties are" Mario Gutiérrez "," Àlex Urquiola "," Máximo Gómez "and" Alcides Pi ", with regard to the habitual behavior of the disease, although it does not constitute a health problem in these communities."

What strategy has the sector implemented against leprosy?

"The strategy of the program provides for the early detection of cases and treatment with various drugs. The characteristic of this condition, also called Hansen, is its long incubation period – five years as an average – and the variability Clinic that makes it difficult to find affected in early stages.

"As transmission pathways, the respiratory is breathing more and more, and there is also close contact between the untreated patient and the susceptible host, since open lesions, when there are ulcers in the lower limbs, can disperse bacilli

"For this reason, our program contemplates the control of the people who were in contact with patients during a gloss, which, like the patients, should systematically go to the family doctor to perform skin exams and peripheral nerves, because these medical check-ups are of vital importance.

"Treatment is ambulatory, because only patients with leprosy are admitted, and they are also monitored, since medications are administered by the family doctor and nurse."

How is the disease manifested?

"As symptoms of leprosy, we can describe pigmented or pale stings, also erythematoses or reddish, characterized by sensitivity disorders. In addition, they manifest themselves with elevated edema injuries, or nodules such as pelotics that stand out in the skin, in any part of the body, especially in the face and the ears.

Here is the need that when people discover spots on the skin – although they do not bite or do damage – go immediately to the doctor, since sometimes how they bother very little it does not give them the importance they deserve .

"Another symptomatology is drowsiness. If there are insensitive or completely sleepy parts of the body – although there is no spotting in the beginning, the physician must know.

"There are other signs such as, the fall of a part of the eyebrows, nasal obstruction, bleeding through the nose, which should not be seen if the patient is diagnosed soon."

What are the implications involved?

"Leprosy affects the skin and the peripheral nerves, but not the central nervous system. There are three stages or degrees to the disabilities: zero degree, when there is no injury, no deformity or disorders in the sensitivity at the hands and feet, # 39; And these disadvantages appear, but without deformity, and the Two, there is a visible deformity or injury.

"In all stages the illness is cured, what happens late in the second grade – is that if the patient is diagnosed with a mutilated finger, of course he is curable, but he will be with sequels.

"Leprosy, if diagnosed prematurely does not leave a spot or mark the body. This condition can occur at any age, and in both sexes."

And its treatment, what is it?

"The treatment applied to our home, through the health system, is given by the WHO and is used internationally. Once the person begins to be treated it ceases to be infectious. Patients and their contacts are bought by the Ministry of Public Health.

"Due to the accessibility and gratuity of medical services and the high schooling of Cuban citizens, we are able to detect early on the cases, reduce transmission by imposing treatment to patients, monitoring their contacts and in the long term, the.

"There is no measure in the Cuban program that separates the patient from his work center, if he is an adult, or from his school, if he is a child, because the risk exists before beginning the treatment, the effectiveness is proven .

"It is important to know that leprosy affects all underdeveloped countries. In the second half of the 80's and early 90's, the Cuban program had a decrease in the impact of multidrug treatment."

In this year, what have you done about the World Day against Leprosy in the province?

"From the first days of January, promotion activities have intensified in the health areas and mainly in risk groups, with educational talks and health hearings, actions that are very well structured in our daily work program against this illness.

"In all these meetings we always emphasize that leprosy is curable, it is no longer transmissible when the appropriate treatment is started, and treated soon does not cause deformities or disabilities, which is why it is important to visit the doctor before any change in the skin and the other symptoms described. " 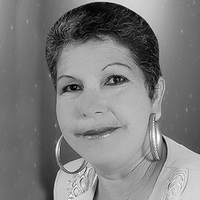 More articles by this author