New business model of Apple not to depend on iPhone sales

Apple presented this week the worst results of its Christmas season in a decade.

The figures for the last quarter of 2018, from October to December, show that revenues generated by iPhones fell 15% compared to last year.

It is the first time that both the benefits that the company obtains through their smartphones have been reduced since they left the market in January 2007.

And it is that for a long time the cell phones were the golden egg hen for Apple.

Over the years, the company in Cupertino, California, has sold over one billion units of what would be called "the phone of Jesus."

The iPhone helped to turn Apple into the world's most valued company and to be the first US public company. to reach a value of $ 1 billion in August 2018.

But the drop in sales of its star product has forced the company not only to consider lowering the price of its cell phones -not all its customers are willing to spend $ 1,000 for a new phone-, but also to reformulate their business model .

The fall was not unexpected.

What's more, Apple had already warned its investors earlier this month that it would happen, arguing that they could not predict "the magnitude of the economic downturn, especially in China," in the words of its chief executive, Tim Cook. 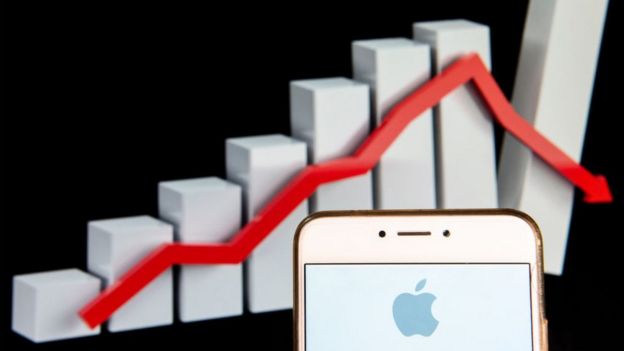 IPhone sales fell … but not all are bad news for Apple. Photo: GETTY IMAGES

But Cook also said that his business management is a long-term business and that "the strength of the business is deep and broad."

"These bad news were offset – and maybe even annulled – for the good news about services," says Lee.

Indeed, there was a great increase (19%) in revenue generated by services, compared to last year. The gross margin was 62.8%.

The company's services sector covers very diverse areas, from cloud storage, iCloud, to applications such as Apple Music and iTunes, to listen to music online, or Apple Pay, the mobile payment system that allows you to shop with the iPhone Similar to non-contact payment cards.

In fact, Apple Pay had 1,800 million transactions based on Apple's results, more than double the same period last year. In the case of iCloud, revenues grew more than 40%. 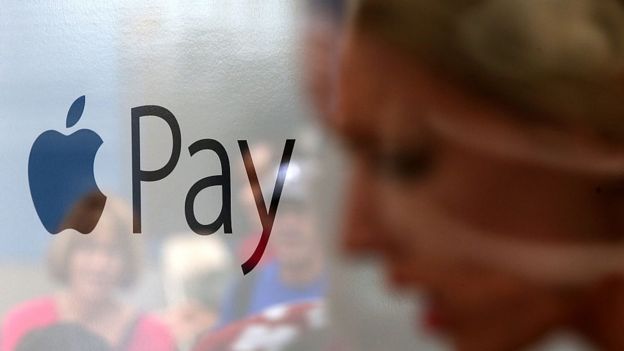 In addition to services, Apple earns money with other products (apart from iPhones), such as the iPad tablets and their famous Mac computers. Cook said on Tuesday that he has special confidence in these two devices.

And it also sells Airpods (headphones), speakers, televisions (Apple TV), smart watches iWatch and all kinds of accessories for their electronic devices.

Specifically, in the case of China the revenues of wearable technology in the Asian country have grown more than 50%, according to Apple's latest quarterly results.

"Apple is slowly making a transition to a different type of business that is less hardware dependent. These figures show that the transition is being positive for now," Lee explains.

"With $ 245 billion in cash available (as shown by the economic results), you can allow yourself to throw the house out of the window and make your investors happier with a great acquisition – or two – in the entertainment area."

One of those options could be its immersion in the world of the series in streaming, a market that until now dominates Netflix. In fact, the company that created the iPhone recently announced that it will co-produce its first feature film. 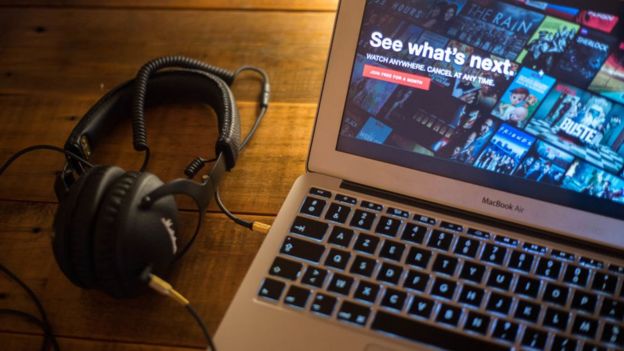 Apple recently revealed that it wants to make the competition to Netflix. Photo: GETTY IMAGES

But there are more.

The company will launch soon – some calculate that by mid-2019 – its own platform to watch videos: Apple Video.

The company has already signed contracts with actors, directors and artists to create exclusive content. The idea is that through that lucrative business can surpass the bump that is the fall in sales of iPhones.

Morgan Stanley, the US investment fund company, expects Apple Video to generate a profit of about $ 500 million and exceed $ 4,400 by 2025.