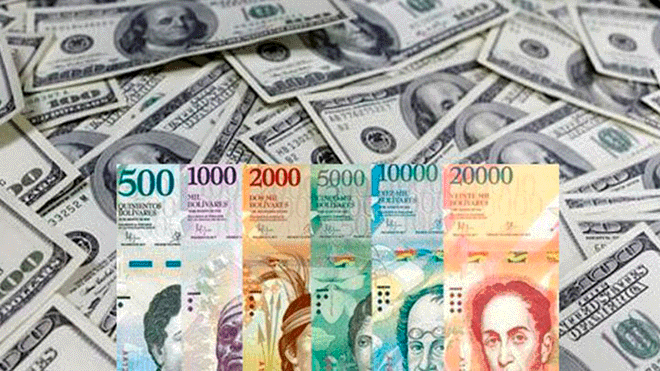 The price of the dollar today remains at 2,560.86 sovereign bolivars according to information on the pages to know the value of the dollar in Venezuela Dollar Today and Dollar Monitor.

he dollar price today January 27, 2019 in Venezuela is 2,560.86 and does not show a decrease, according to independent contributors.

On January 9th Central Bank of Venezuela (BCV) established the increment of the marginal liaison to 60%. As it had to be obeyed by banking institutions as of January 14.

How much does the dollar cost in Venezuela according to Dolar Today?

In the following table is the Dollar exchange rate Americans (USD) a Venezuelan bolivars (VEF). Information according to Dollar Today and Dollar Monitor.

For parallel "& # 39; It understands the alternative purchase and sale in the legal currency market. For this, you use international currencies.

Venezuela It is sunk in the crisis, with scarcity of basic foods and medicines. To date, DoldarToday indicated that inflation in the oil country is at 4,305%.

"In Venezuela, the economic and humanitarian crisis continues. It is projected that real GDP will fall further in 2019, which would place the cumulative fall since 2013 in more than 50 percent," said the IMF representative. week, according to collected third.