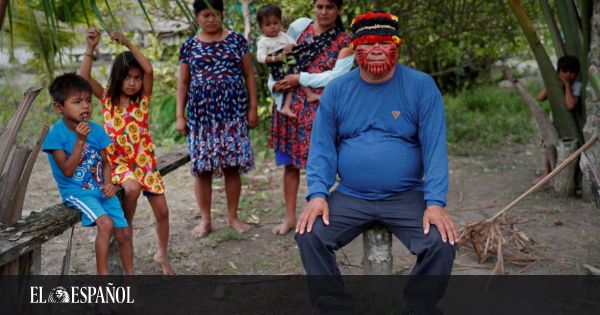 historically backward and without an inclusive health system, the Amazonian peoples of Peru are reluctant to receive vaccines against Covid-19 and take refuge in ancestral medicine in the face of the state’s inability to promote effective information campaigns that encourage vaccination. .

“They have come (health brigades) to vaccinate us by plane and we have not allowed it,” the vice president of the Kandozi organization of the Huitoyacu River told Efe. Guillermo Yumbatos, From the remote indigenous community of San Fernando, located in the province of the Date of the Marañón, in the Amazonian region of Loreto.

The man, dressed with the typical crown of toucan feathers, He explained that, in his village, whoever wants to vaccinate must sign “a document to the community authorities because if something happens to him he must assume his responsibility.” Distrust of the vaccine is total.

“When the pandemic was killing humanity, we said that the original peoples were going to disappear because in the city they were dying daily in quantity, but there was not a single death by covid-19 here. Toditos we have preserved with vegetables. What are we going to get vaccinated for?“, Indicated Yumbatos.

In the same line it was expressed to Efe Abilio Karihuazairo Tapayuri, help (Cape) of San Ferran, where about 400 Kandozi indigenous people live: “We have our own medicines and we already see how to cure ourselves. Much of them are afraid of vaccines, do not want and do not understand,” he said.

Since the vaccination process began last June in the villages of Peru, four months after starting in the cities, in Loreto just around 9,900 indigenous people were immunized with the complete guideline.

This represents the 9% of the indigenous population of this region of the country (110,000), as reported by Efe Dr. Carlos Calampa, regional director of health of Loreto, who detailed that with the first dose there are about 20,000 vaccinated. 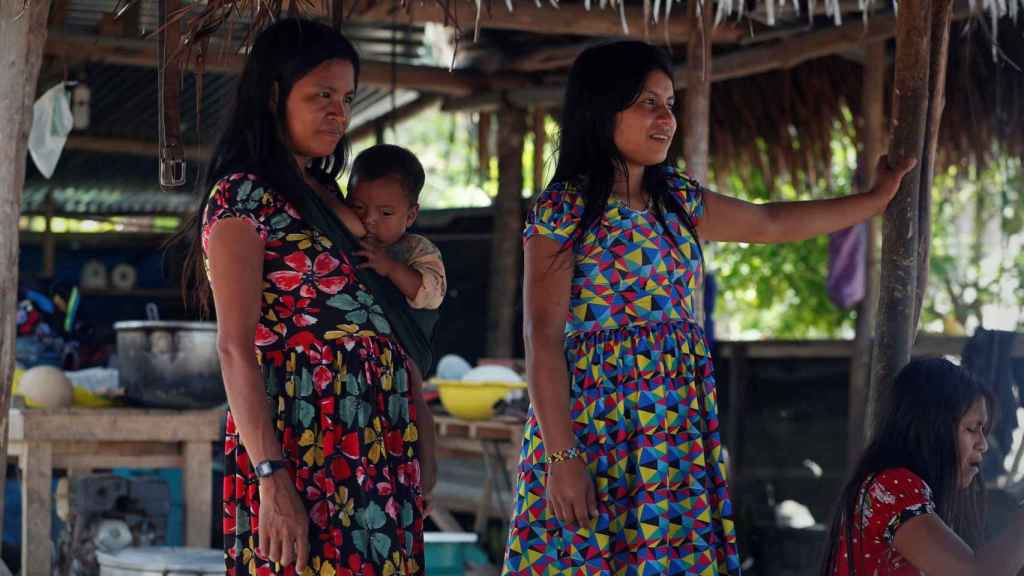 Photograph of several Kandozi women from the Musa Karusha community.

Beyond the intrinsic beliefs of the communities and the logistical difficulties of the area, Calampa highlighted the “link problem” as the main barrier to encouraging indigenous vaccination, which evidences the lack of a system. of inclusive and intercultural health and historical abandonment in indigenous peoples.

“Before entering a community, we need to have a person who is the contact, who is a native and speaks the same language as them, who knows their customs and the area,” the doctor explained.

In this regard, he said that, “a few days ago,” the Peruvian government has allocated a budget for contract 30 links and that, in addition to the fact that from October onwards, the flow of rivers will increase and this will facilitate access to more remote communities, it is hoped to promote more communication campaigns to inject speed into the immunization process.

The challenge is not small, as a survey conducted last April by the Regional Organization of Indigenous Peoples of the East (Orpio) revealed that 66.2% of indigenous peoples of the jungle regions of Loreto and Ucayali do not they want to get vaccinated.

But there is something encouraging in the findings of this research, which was applied to more than 460 indigenous people from nine indigenous peoples: 62.3% said they would agree to immunize as long as they receive counseling at their health centers. communities or official information of the Government in original languages.

In fact, only 1.3% of respondents said they “definitely wouldn’t get the vaccine.”

In this group is Chinese Butterfly Cupcake, A 54-year-old resident of the town of Sant Llorenç who presides over the Quechua Federation of Baix Pastaza.

He assures her and her family “Overcome” the Covid-19 by eating chili, Avoiding icy water and drinking three times a day a hot drink made from vegetables that you sow on your farm.

Pampas oregano for diarrhea, mallow with marialluïsa for fever, mucura for headache and pea, garlic sacha, lemon leaf and basil, all mixed and boiled five minutes with ginger and honey.

“This is what has saved us,” he told Efe. “Why am I going to be vaccinated? I am already protected, I am taking (natural remedies) and we have already passed this disease,” insisted the woman, who repeated up to three times, “We are no longer afraid.”