140 kilograms were saved for 16 years 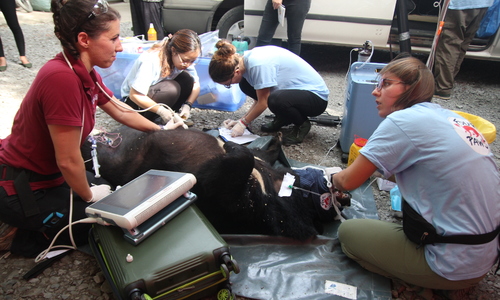 Month, called the Moon, nearly 140 kg, voluntarily surrendered to Tuien after 16 years in captivity. The bear is brought to the nose of the conservation center Ninh Binh.

According to Ngo Thi Mai Huong, director of the Vietnam Center for the Protection of Wild Animals, nearly 800 bears are scattered throughout the country. Province of Ben Tre is 23rd in a country that no longer holds the bear.

"The rescue center is ready to take care of bears and bear be close to nature," Huong said.

At the end of August, the Asian Animal Organization also saved 5 individual bears on a private farm in the town of Mi Tho Citi (Tien Giang), who had been in detention for more than 20 years.