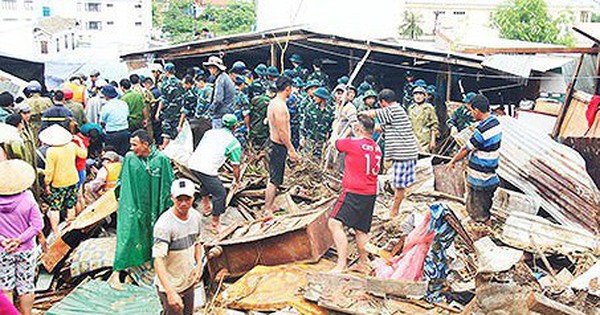 A quick report from the Office of the Central Administrative Committee for the Prevention of Accidents shows that, due to the influence of typhoon no. 8, in the provinces of Khanh Hoa to Binh Thuan, rain came.

According to the National Center for Meteorological and Hydrological Forecasts, precipitation fell in the morning to Nha Trang, Khanh Hoa, with average precipitation in November of this area. Due to the heavy rain, so many Nha Trang roads inland were sunk and flooded with 1m of water. 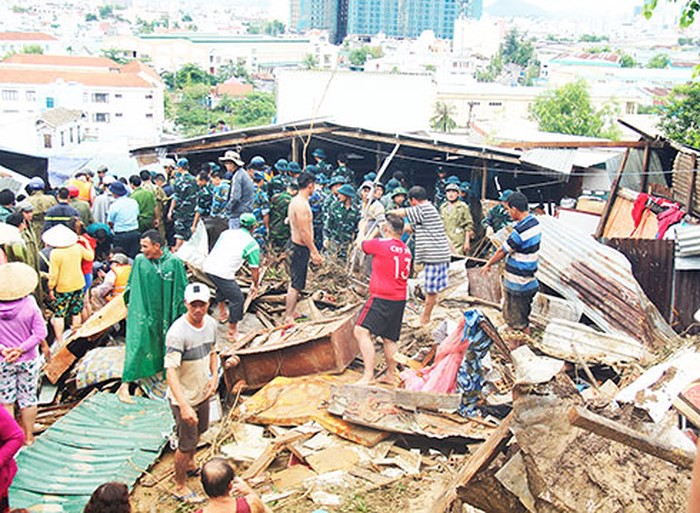 In the meantime, a quick report by the Permanent Office of the Steering Committee for the Prevention and Rescue of Crash and Rescue in Khanh Hoa showed that from this morning on 19-11, the whole province had 13 dead, 4 disappeared. More than 20 people have been injured by floods and landslides in localities.

Currently, the forces of the army, police and local police are still searching for missing people in the landslide and collapse area.

Given the complex changes in flooding, local authorities in the province have organized and regulated the blocking force for people not to cross floodplains, crossings, underground and dangerous landslides. Organizing evacuation of people in low places and floods.

At the same time, the shops coordinate with the construction units in that area to inspect and review the construction works, set barriers and place signs at the places where the basic works are immersed in water. The impact of floods threatens people's lives.

In addition, five persons are missing in Ninh Thuan. This morning, 19-11, Deputy Minister of Agriculture and Rural Development Hoang Van Thang led the delegation to Khanh Ho to understand the situation and respond to natural disasters.

The province of Khanh Hoa mobilized 600 officers and soldiers to find people buried, missing, injured people to go to emergency, relocate the household outside the dangerous area. City of Nha Trang for all students who will miss the school today.

By this morning, 19-11, most of the roads in the city of Nha Trang were withdrawn, returning to normal. The song Nha Trang goes to the Cam Ranh airport due to the flood, so it is expected to be able to drive through this afternoon.