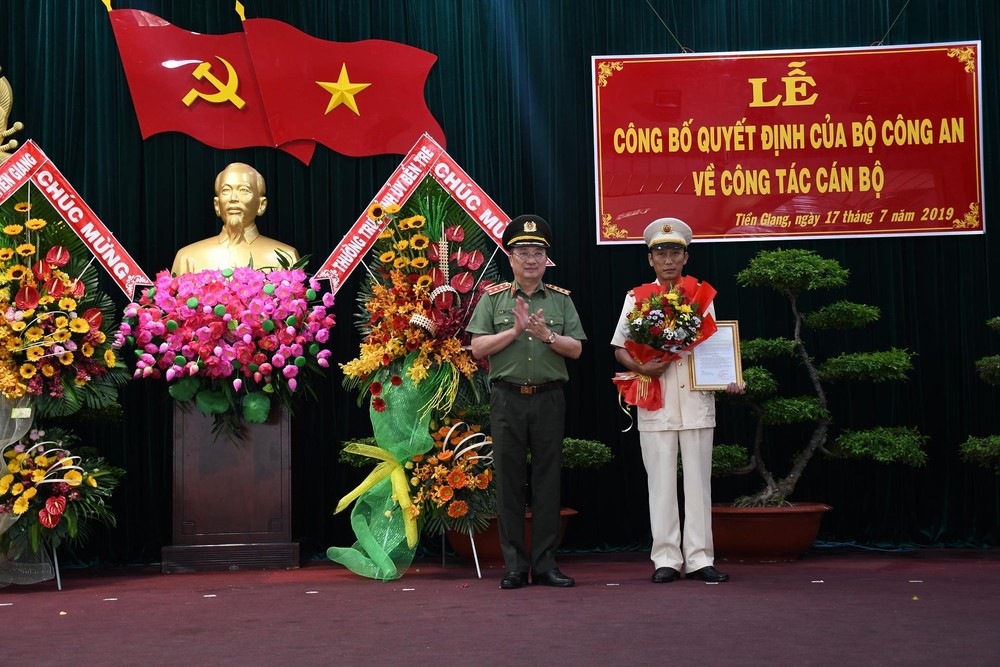 On the afternoon of July 17, Tien Giang's provincial police, Lieutenant General Nguyen Van Thanh, a member of the party's central committee and Deputy Minister of Public Security, presided over the ceremony to announce the decision of the Minister of Public Safety in the work in pictures. Nguyen Van Buong (right) received the decision to appoint the chief judge of the province of Thua Thien-Hue.

Before that, on the afternoon of July 16, at the headquarters of the People's Court of Thua Thien-Hue, the Supreme People's Court held a ceremony to announce and hand over the decision to appoint the Prime Minister of the Thua Thien-Hue province to Nguyen Van Buong (born 1966), senior judge, former Deputy Chief Judge of the Popular Court of Justice in Da Nang, with a term of five years, starting July 15, 2019.

On the same day, the Supreme People's Court also announced the decision to waive the position of Chief Judge of Thua Thien-Hue province with Mrs. Dao Thi Mai Huong (born 1969) as of July 15 to receive another task.

According to the Government's report