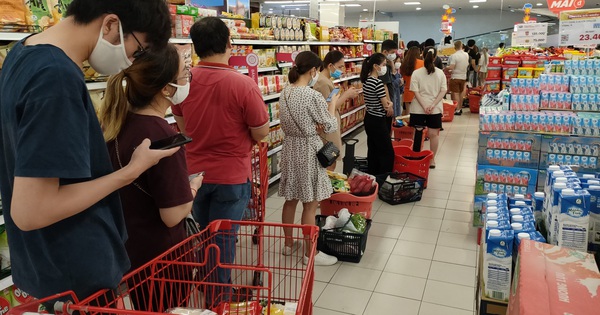 As PV pointed out, from 18.00 on July 30, the flow of people was continuously poured into Big C, Coopmart Da Nang, Lotte Mart and Vinmart + supermarkets in the city’s supermarket chains.

At the Big C supermarket, people mostly buy fresh food, vegetables, frozen foods, dried foods, milk, instant noodles and soft drinks. The sudden increase in the number of customers caused many fresh products to be temporarily out of stock. Supermarket staff have to constantly replenish shelves, but have not yet fulfilled people’s purchasing power. However, a representative of the Big C supermarket said that this is only a local shortage of goods, the supermarket can still meet the needs of customers to buy food.

A Coopmart Da Nang supermarket representative said fresh produce at stalls has declined sharply due to people’s sudden purchasing power in the afternoon and evening. Along with this, they also decreased various flours and dairy products. However, it is guaranteed that people are supplied with other essential items such as rice, bread, nuts, and so on.

“Fresh produce is imported daily, so there is a shortage of goods locally due to a sudden purchasing power. However, tomorrow morning (July 31), Coopmart still claims to supply enough fresh produce to to people. Don’t rush to hoard food, ”a Coopmart supermarket representative said. 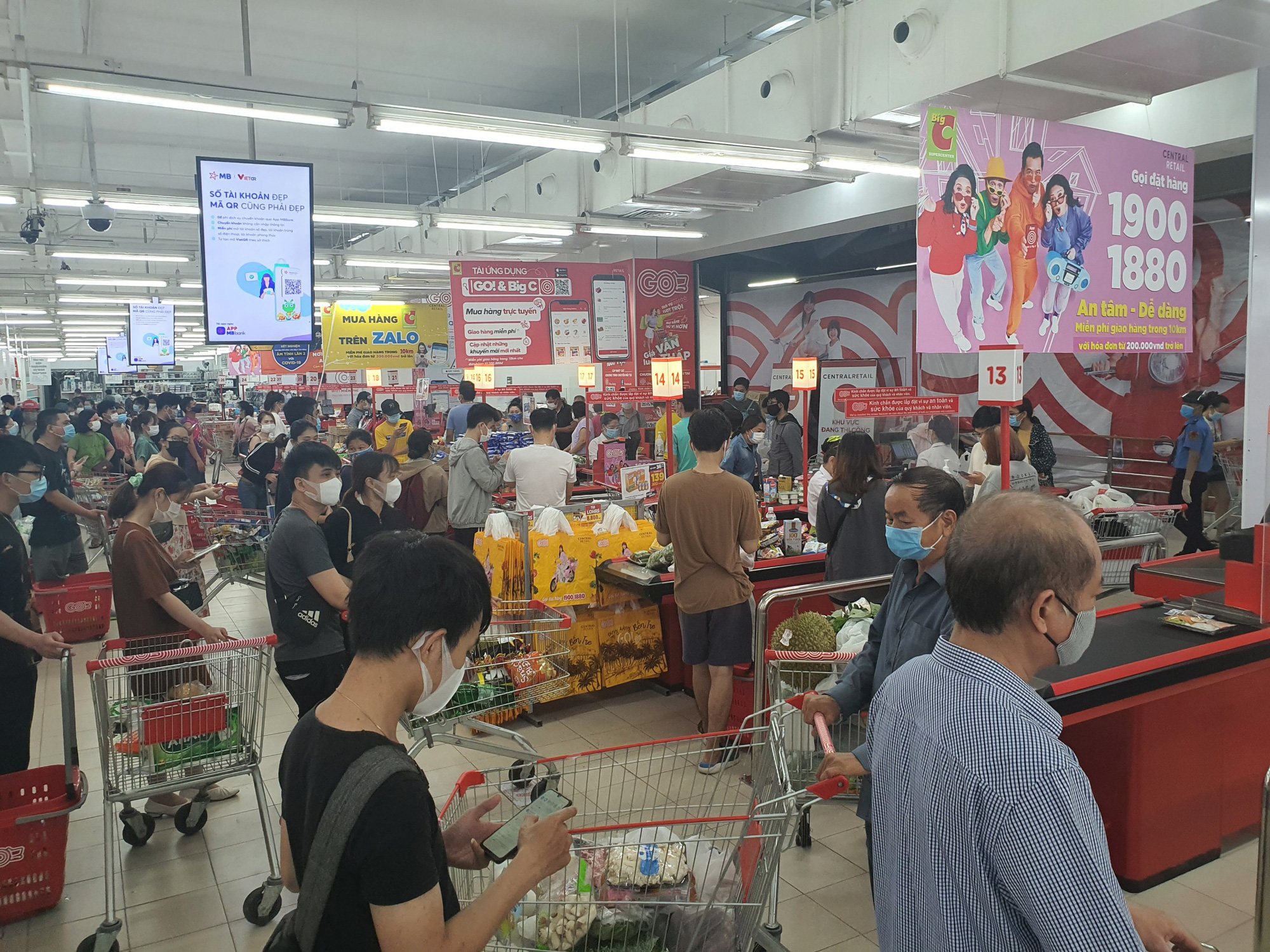 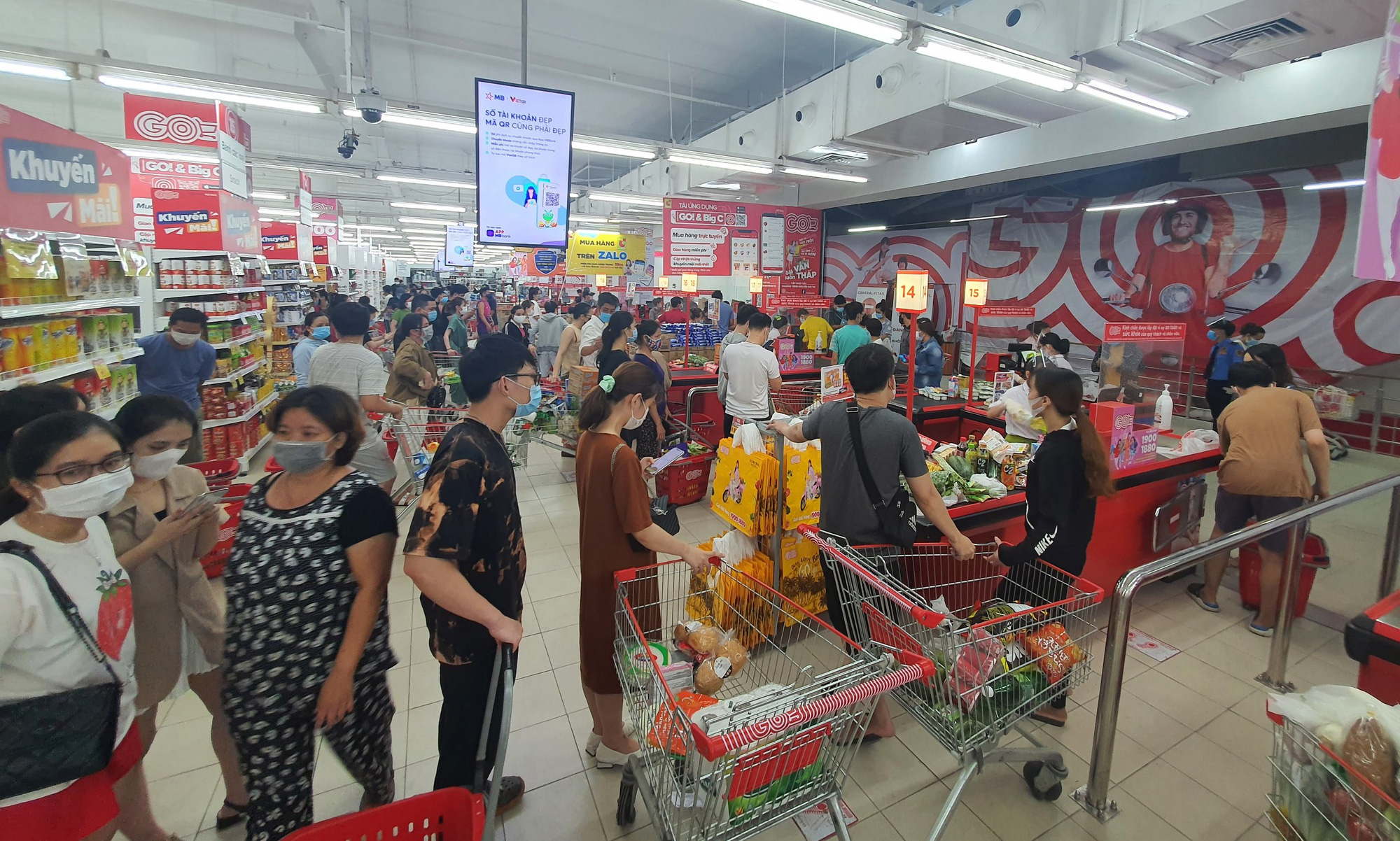 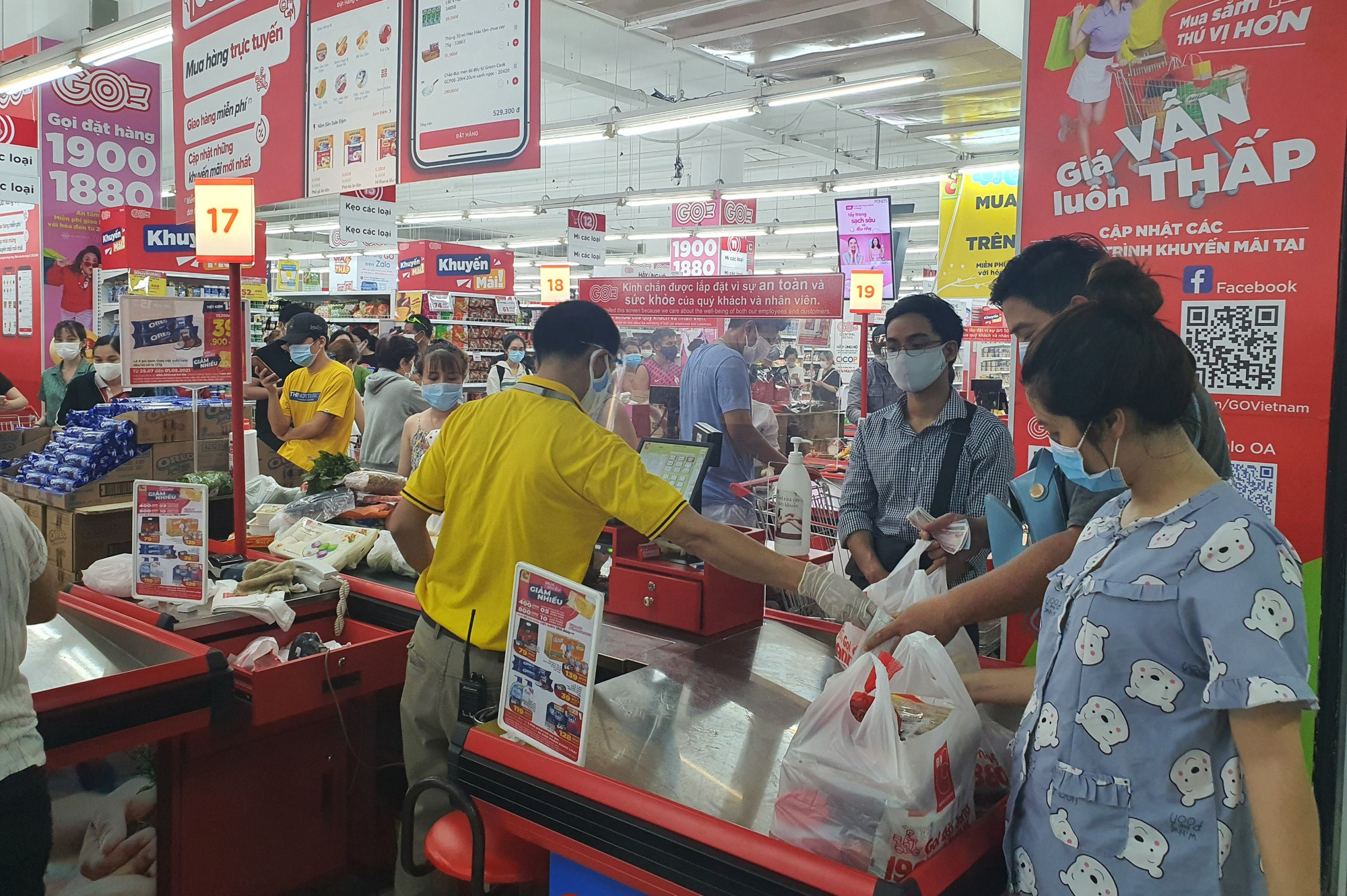 Many people have to queue for more than 30 minutes to pay. The supermarket is overcrowded, making it difficult for security forces to ask people to stay away 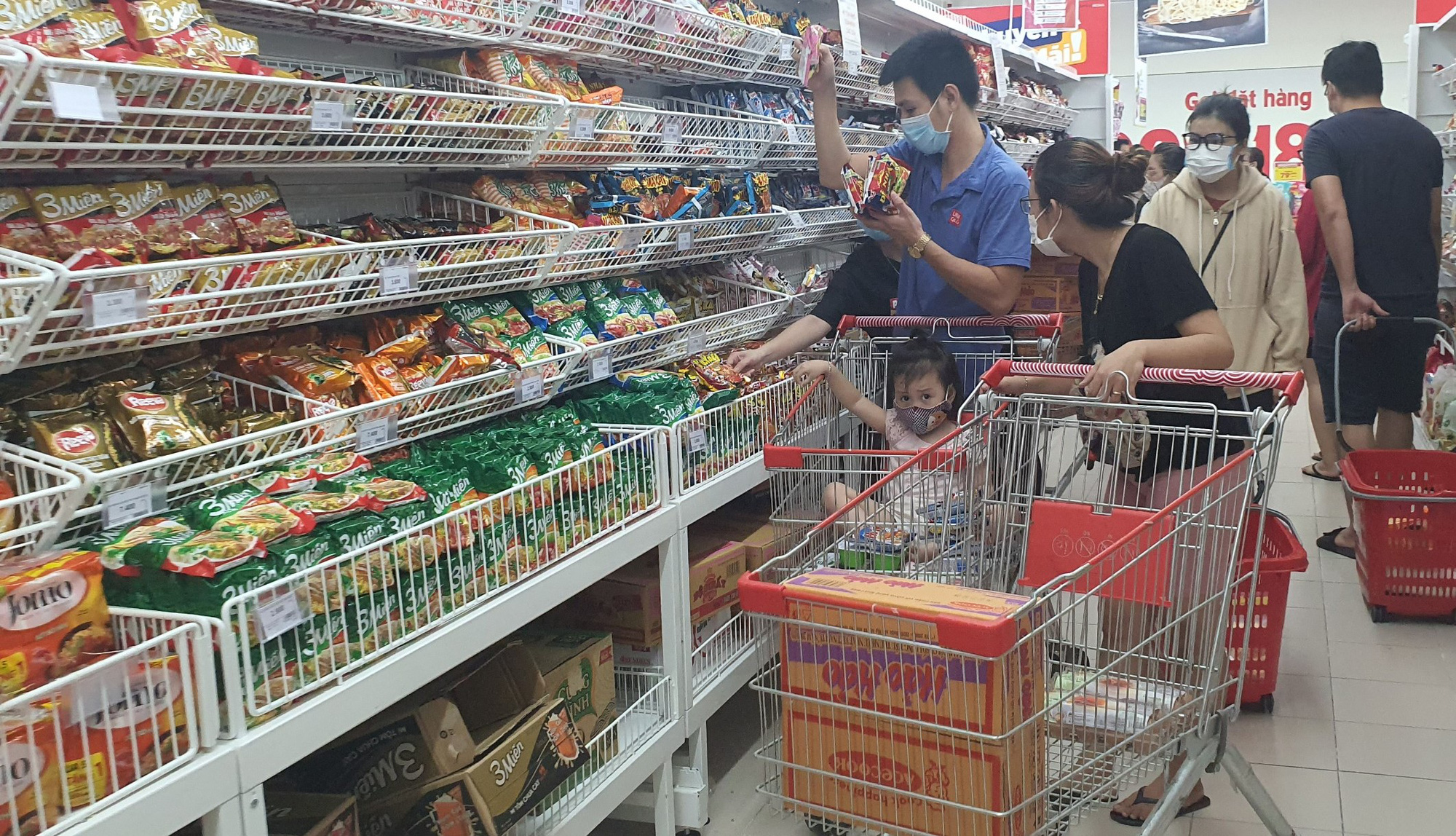 The sudden rise caused dry food products on the shelves 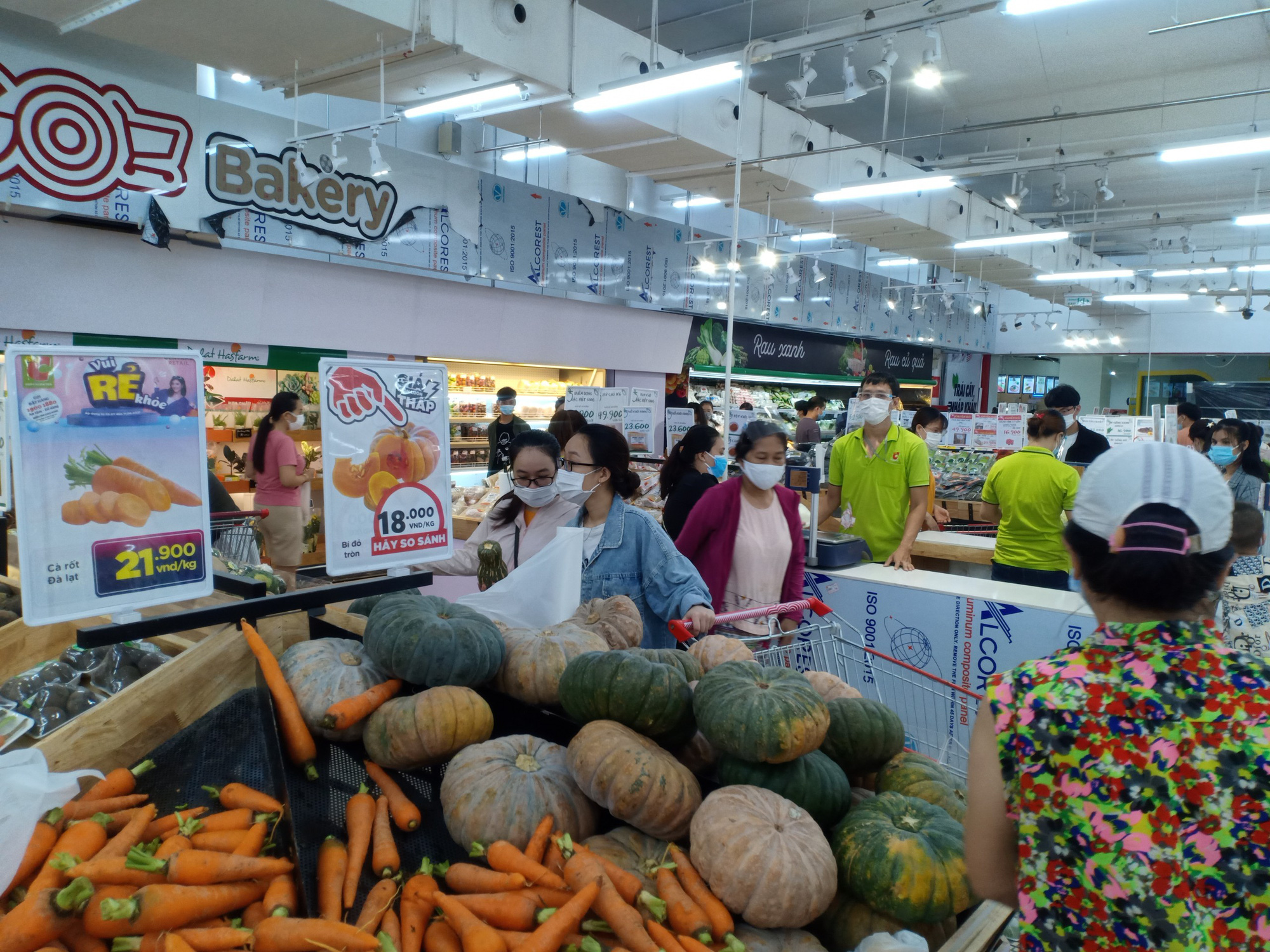 At the Big C supermarket, people buy green vegetables, only other vegetables and fruits remain 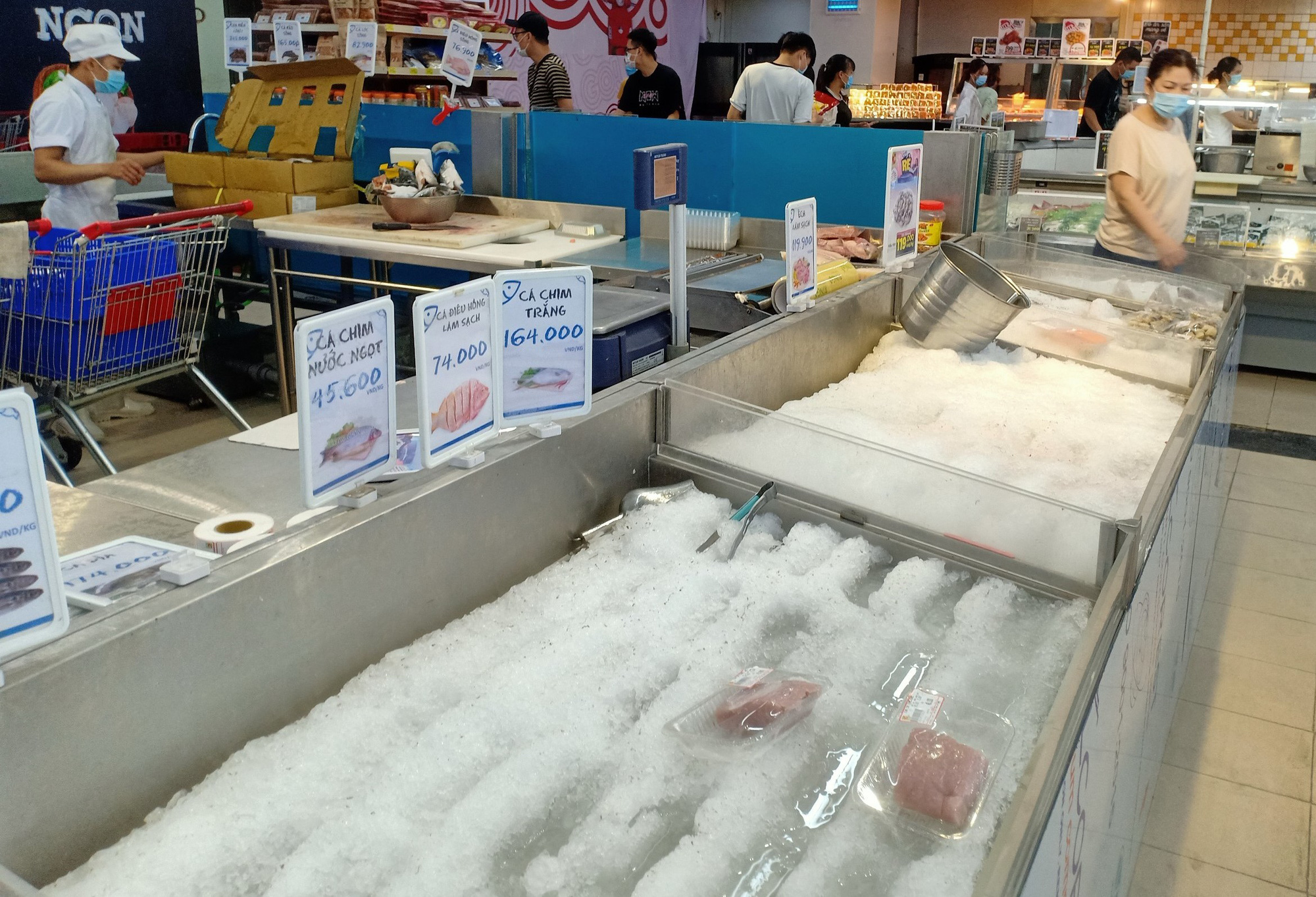 Lack of local produce at the fresh stalls, supermarket staff actively replenished the produce before the sudden purchase of people

Some images recorded at the Lotte Mart supermarket (Da Nang) at 8 pm on July 30: 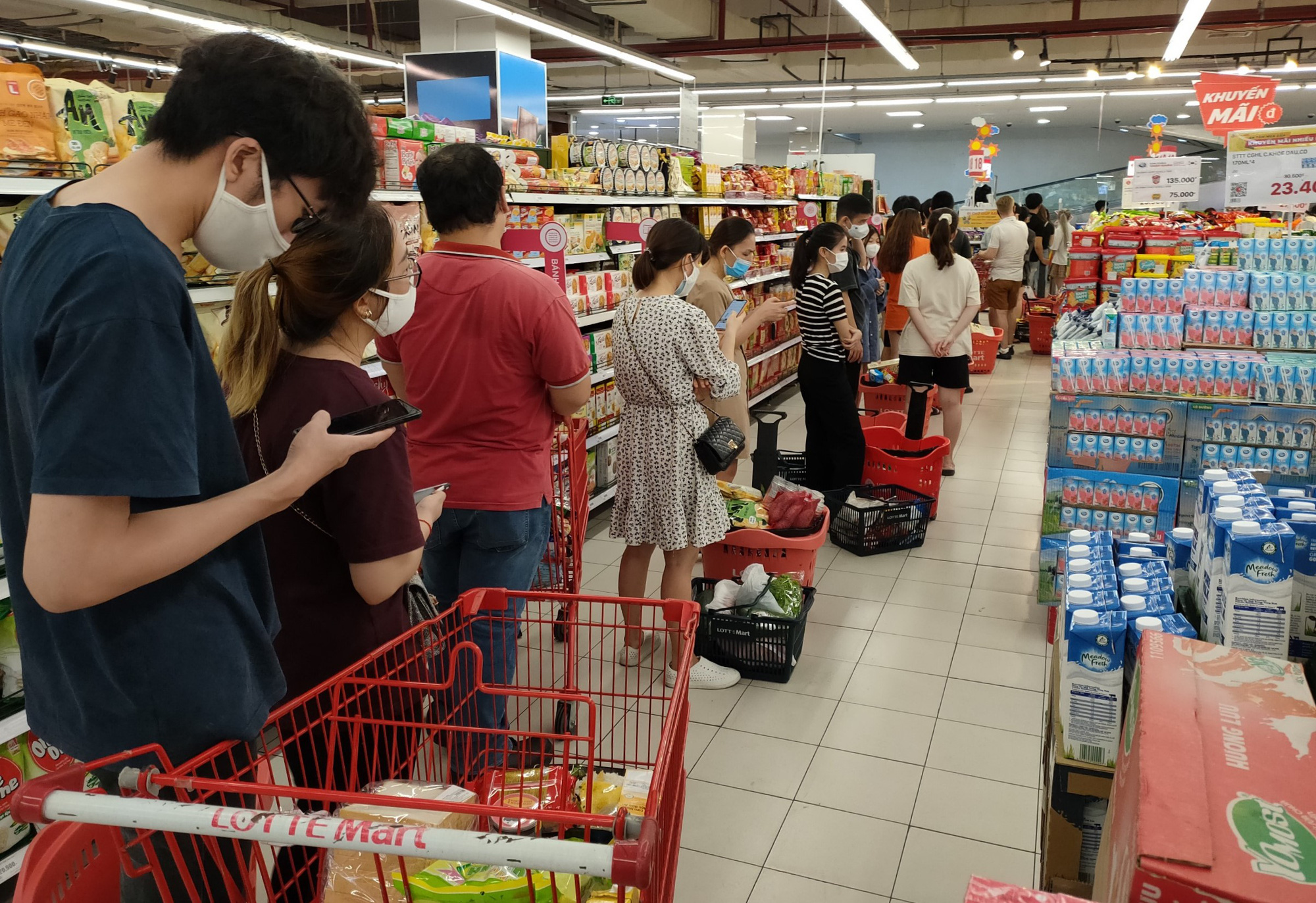 At the Lotte Mart supermarket, the number of customers who came to buy goods also increased dramatically. “Dragon snake” people line up at checkout counters 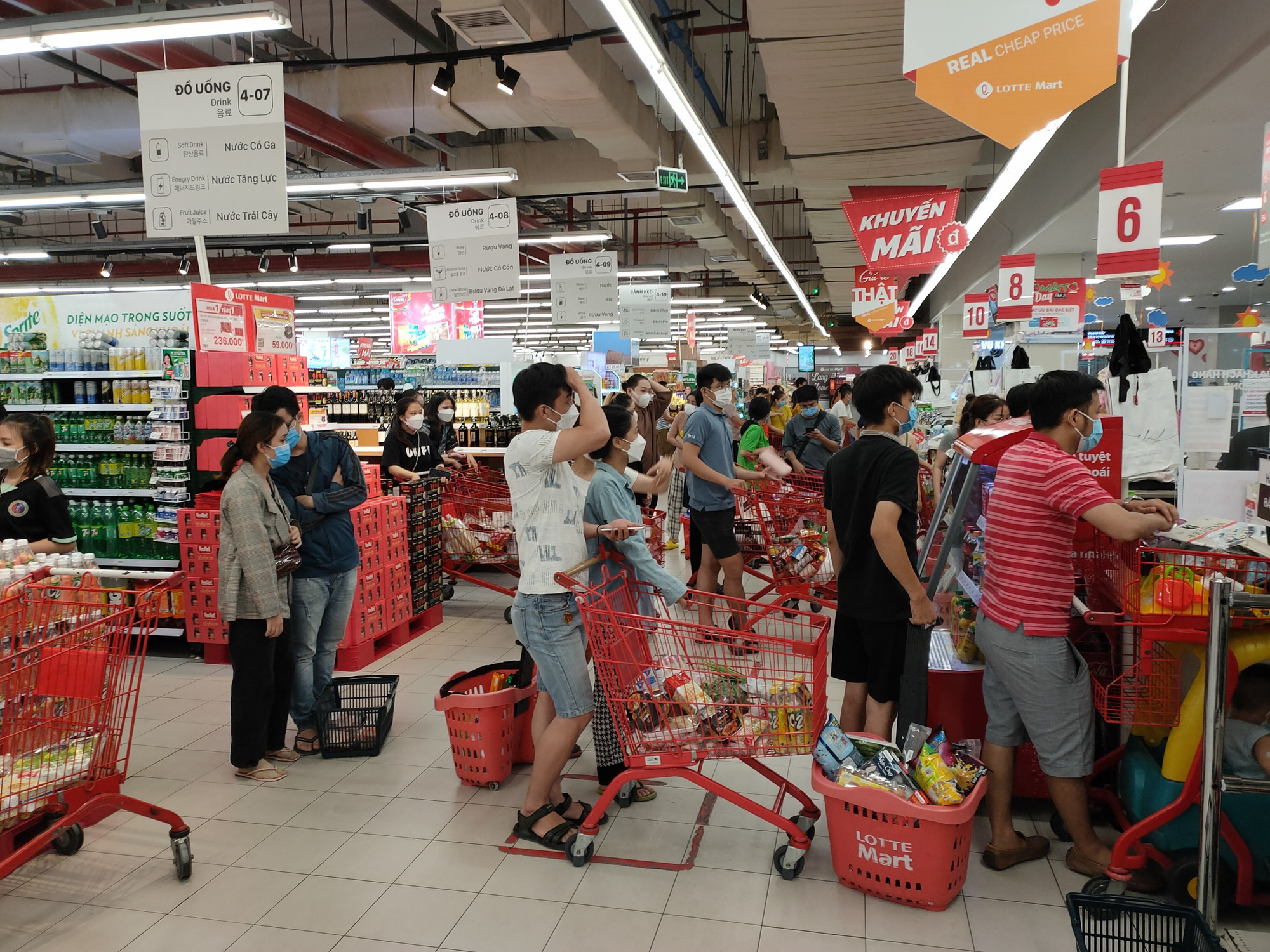 Tran Khanh Tung (resident of Cam Le district, Da Nang city) said that in the face of the increasingly complicated epidemic situation, the family bought food this time to limit the departure of the next few days. 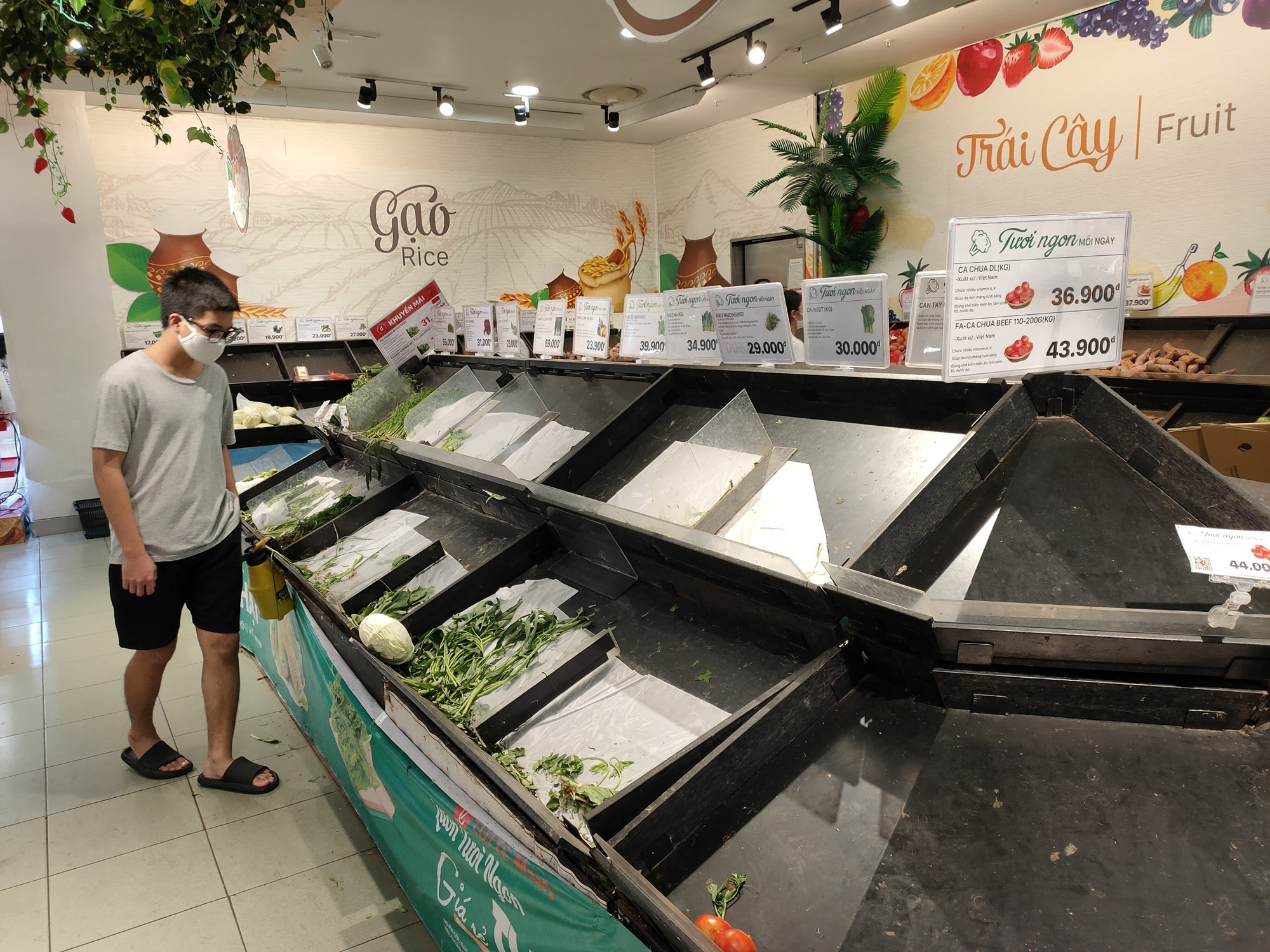 Lotte Mart supermarket recorded a local shortage of goods at the stalls of green vegetables, seafood and fresh meat 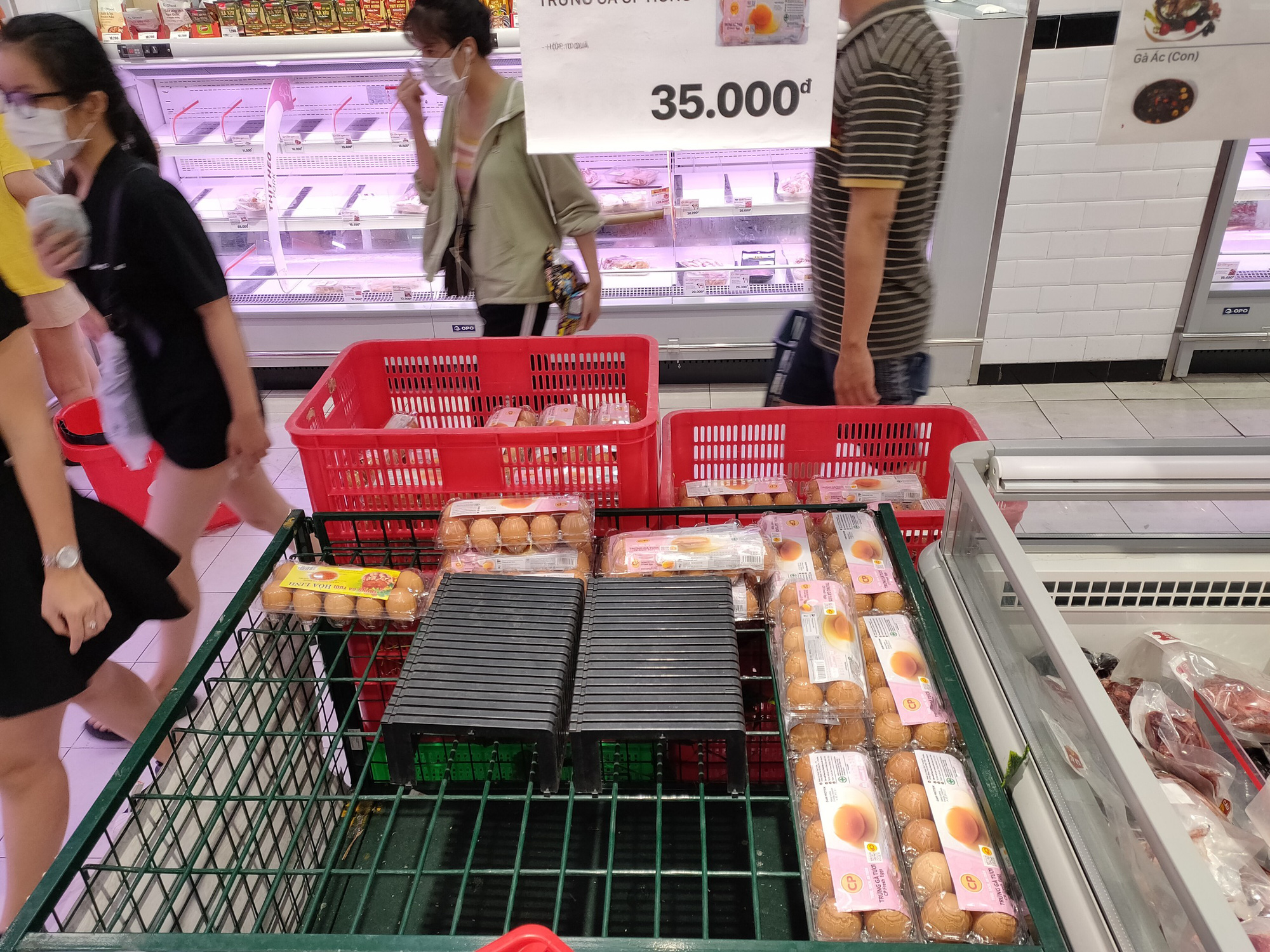 Most eggs on the shelves are bought by people 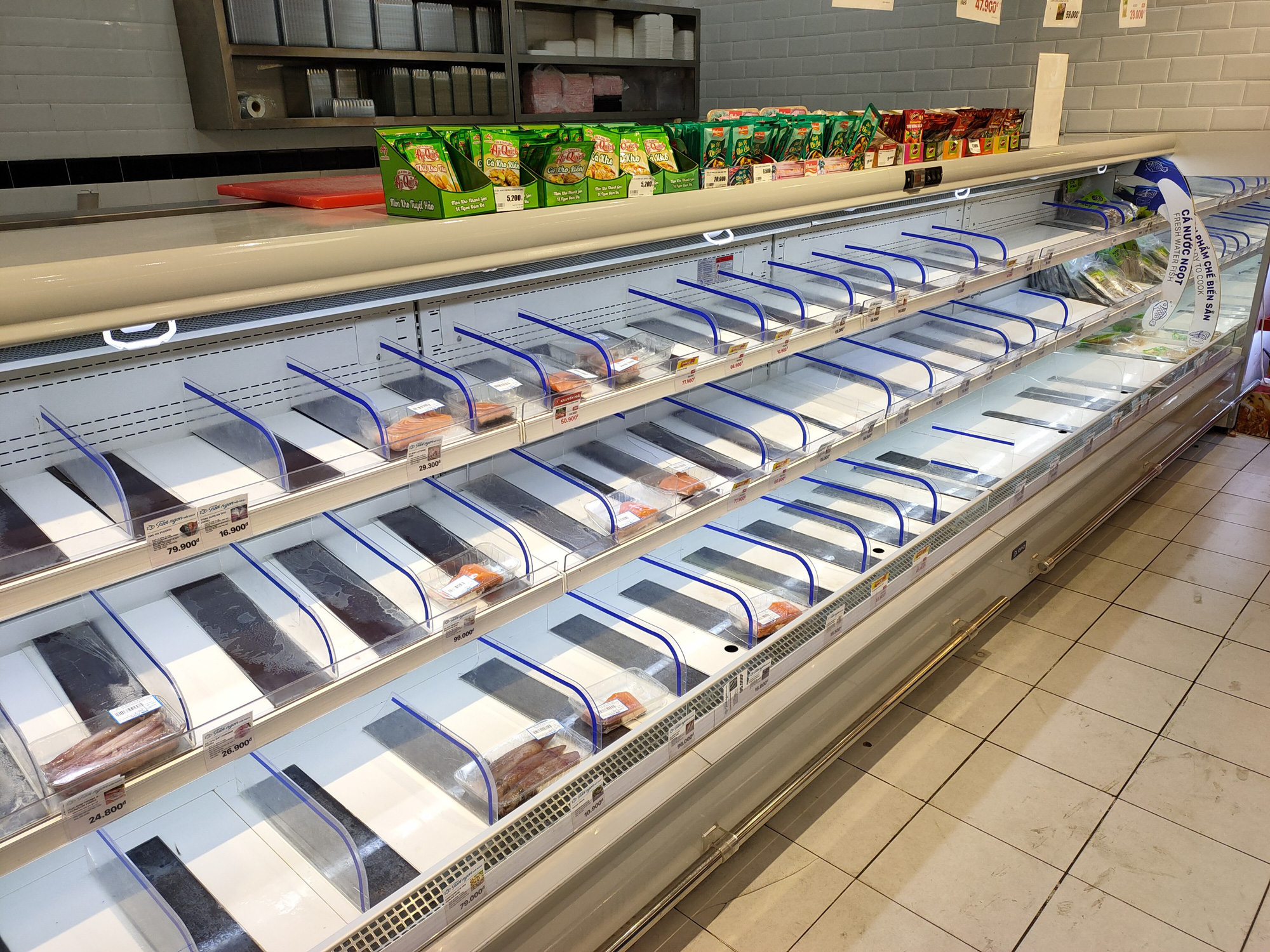 The fish stall is almost empty at the Lotte Mart supermarket 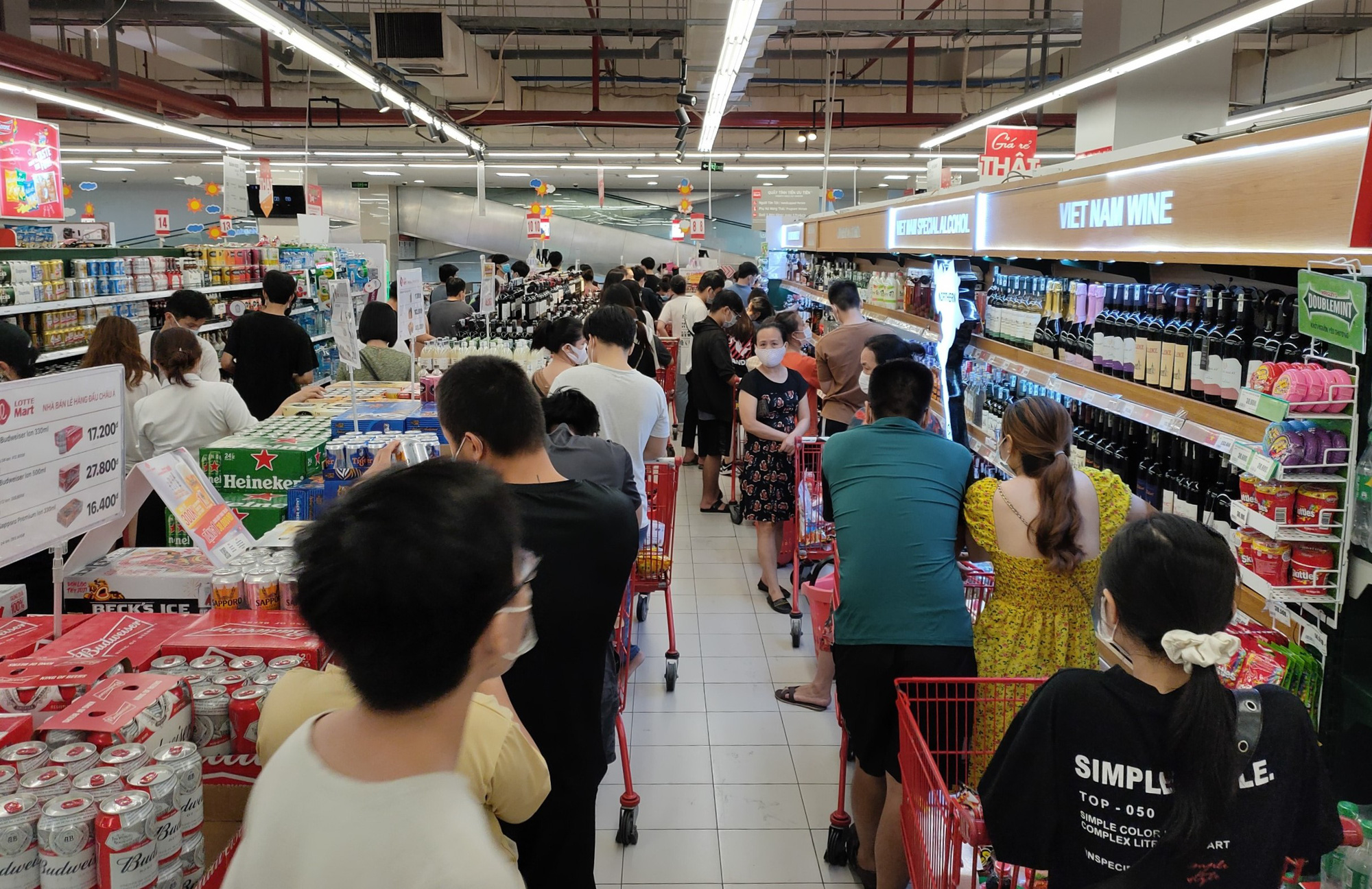 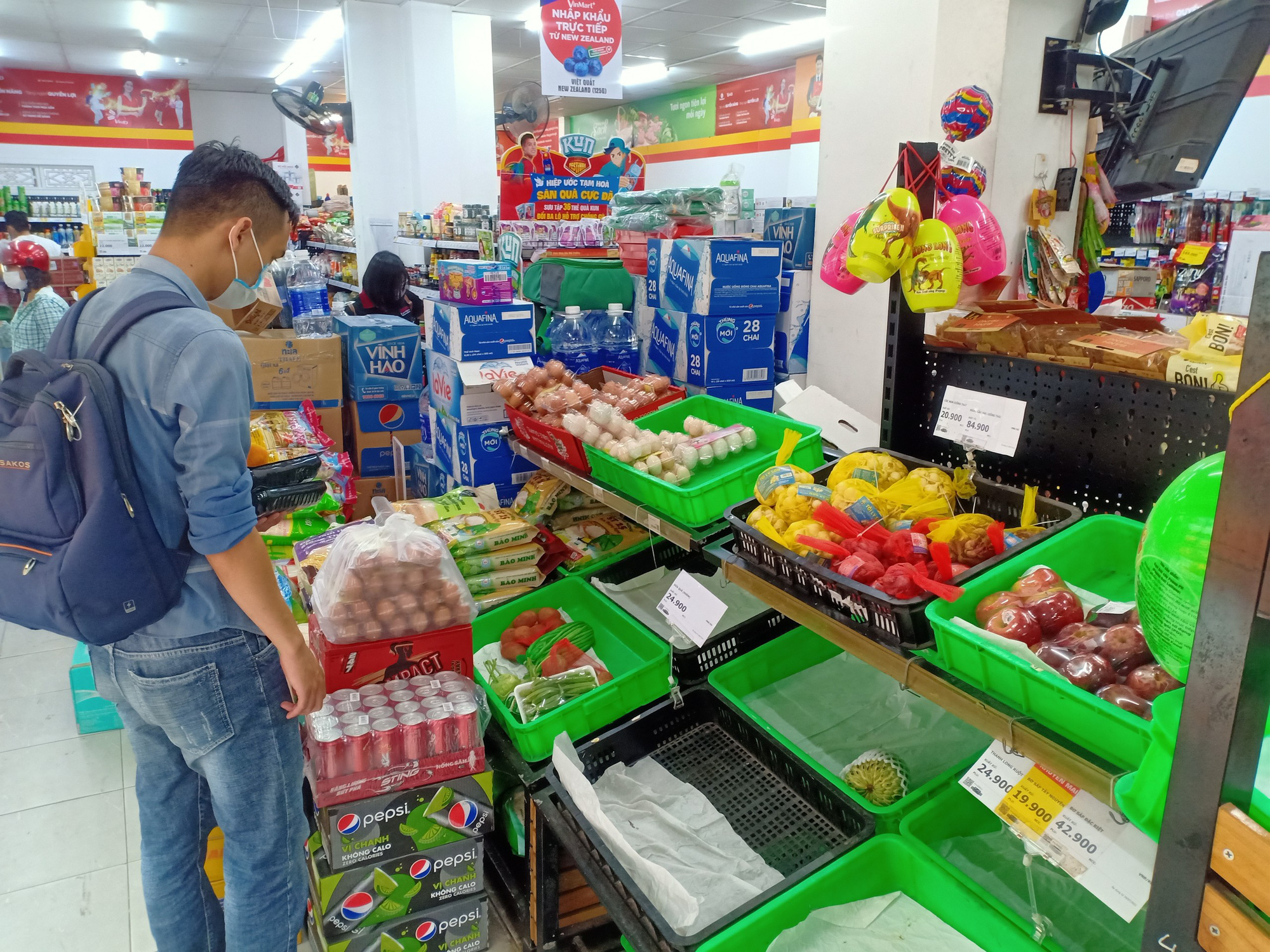 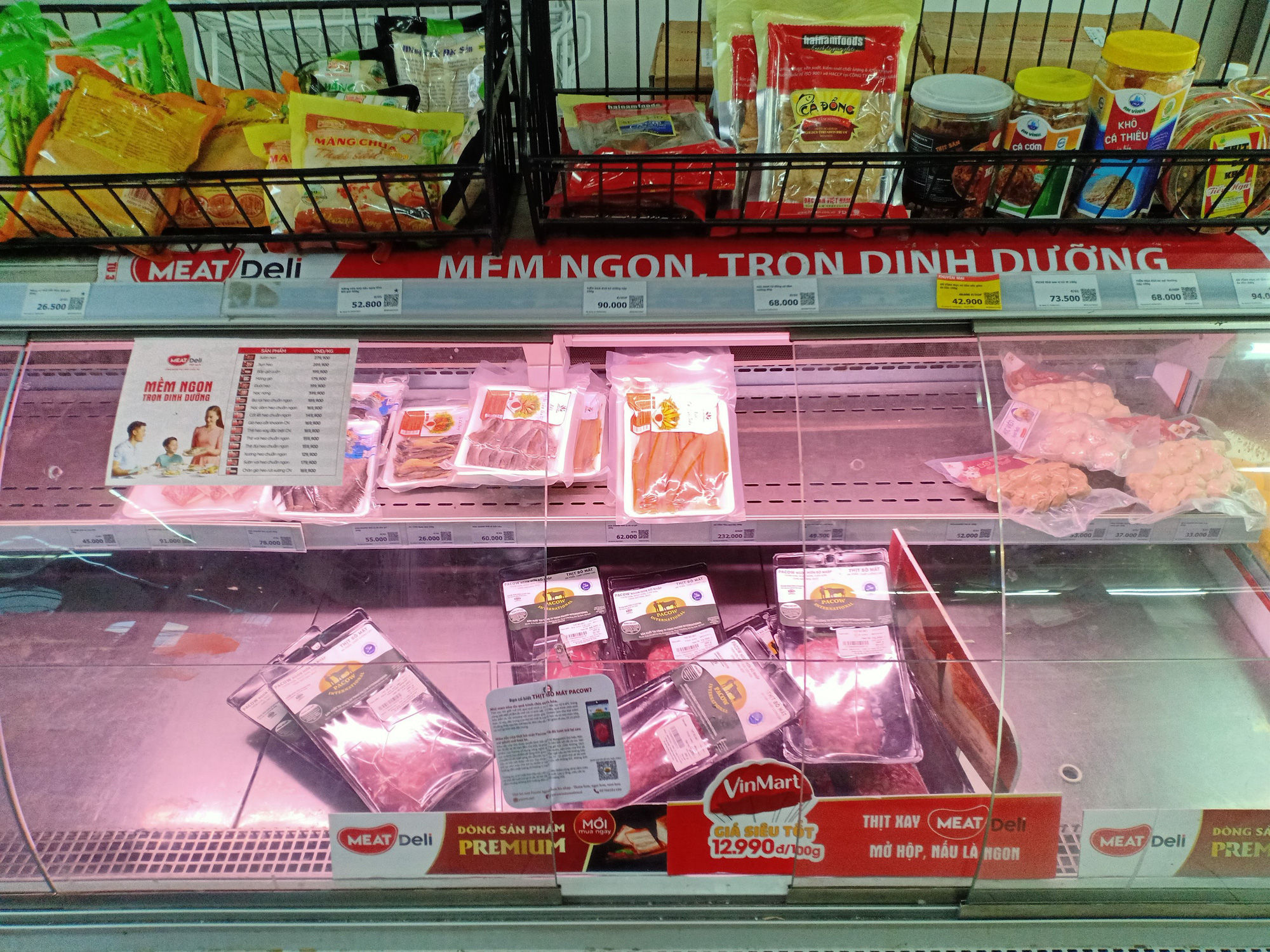 On the afternoon of July 30, the Standing Committee of the Da Nang City Festival Committee issued a resolution on strengthening some urgent measures to prevent and control the Covid-19 epidemic in the area.

Accordingly, the Standing Committee of the Da Nang City Festival Committee called for the immediate implementation of measures, including: Implement stronger and superior measures to epidemic prevention and control measures according to the content of the Directive. 16 of the Prime Minister to ensure blockade, distance and isolation throughout the city; apply legal provisions to apply measures to prohibit or restrict persons, vehicles and certain activities within a certain period, except in cases permitted by the regulations of competent agencies; The start time is from 18:00 on July 31.

The Standing Committee of the Da Nang City Festival Committee requested to focus on directing, directing and organizing well the implementation of the work of social security; ensure an adequate and timely supply of food, food products and basic necessities for people, especially in areas of blockage and isolation, the poor and people in difficult circumstances; firmly grasp the situation, handle it quickly, leave no one hungry; consider the responsibility of the heads of committees of parties, agencies and localities if such situations occur.