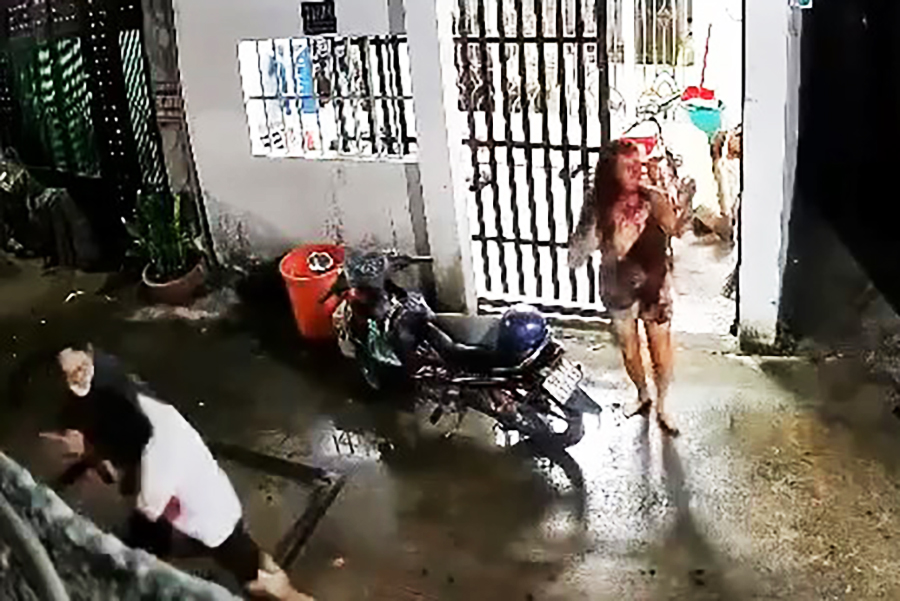 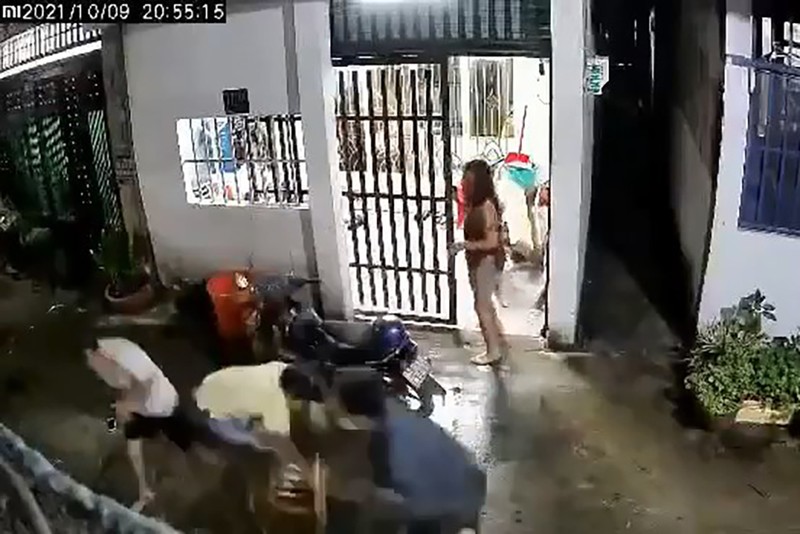 This person entered the house, there was a conflict and a fight with the couple living inside.

Quang initially decided to use a weapon to attack, causing serious injuries to the couple, and later died. 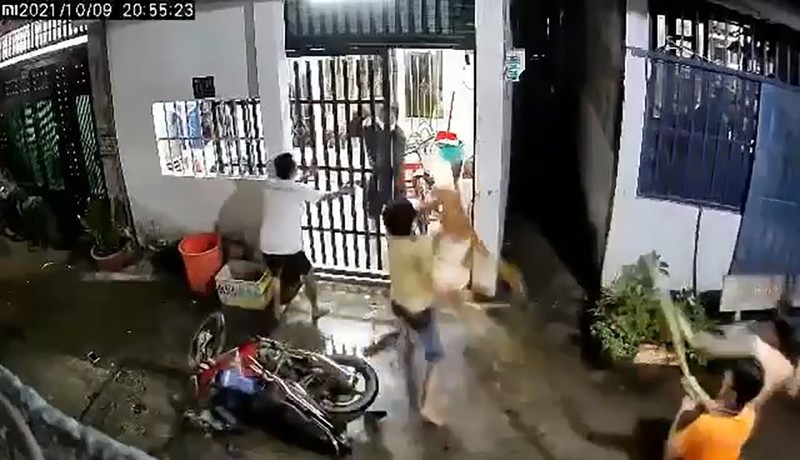 Then people rushed to try to control Quang and reported him to the police. Photo taken from the clip

People in the area heard the screams, called for help and ran to find a way to control Quang in the house and alerted the police.

Xuan Thoi Dong commune police showed up and dominated the man and took him to headquarters to clear him up.

The initial cause is said to be emotional conflict.

(PLO) – A thief sneaked into the restaurant in Binh Tan District, Ho Chi Minh City, and saw the woman sleeping, so she grabbed the expensive phone.