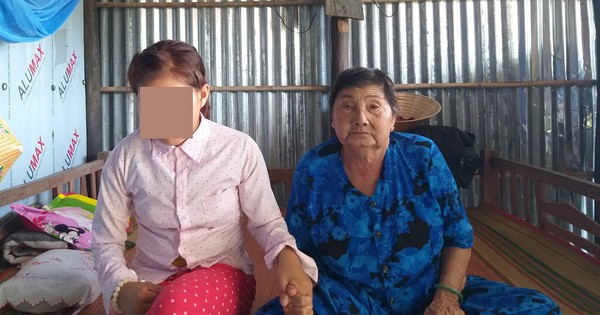 On July 10, the small house of Bui Van Bi (59 years old, resident in Bao Thung, common Rach Cheo, district of Phu Tan, province of Ca Mau) was stored on the ground where the well-known river, so hot more pressure of the usual Because there are many neighbors and relatives who came to share joy when they learned that Mr. Bi welcomed his younger daughter Bui Thi Mo (26 years) to return after six years of marrying a country foreigner 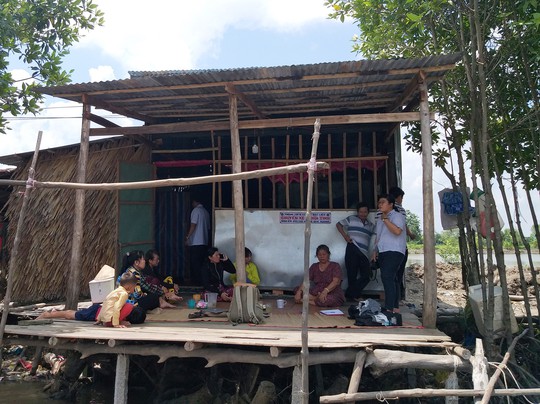 The small house of the family of Mr. Bi was built on the land of relatives

Mrs. Mo was born and grew up in a difficult family with 3 siblings, a poor working-class family of hired workers. Due to poor parents, Mo left behind many dreams of a bright future when he was only in the second grade. At age 18, she and a young man from the same town got married and went to the city to work as hired workers to earn a living. At this time, all relatives are happy and happy for the young gentleman.

However, due to frequent discord in married life, the couple married everybody after Dream gave birth for about 6 months. 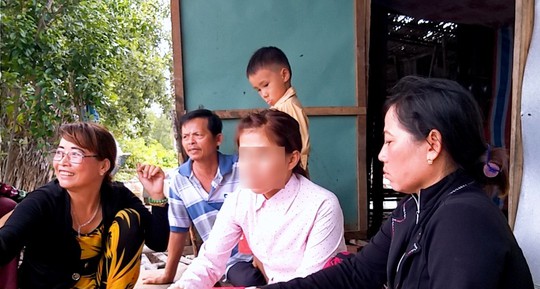 Mo sat quietly to his neighbors when he was visited

"After the break up of the marriage, Mo returned to live with my husband and my wife. However, during a period of time, he married Chinese people through the meeting and the approval of the family, "said Huynh Thi Hang (his mother). Somia, remember.

According to Mo, when he married his first Chinese husband for about a year, family life was in conflict, so both of them separated. Later, also through matchmaking, he met and married another Chinese. Two people have two common children.

Peaceful life did not take long before the storm was suddenly arrested by local authorities and repatriated because the temporary residence document expired. In the last days of May of 2016, it was discovered wandering around the soul without a state of mind in the border area between Vietnam and China. 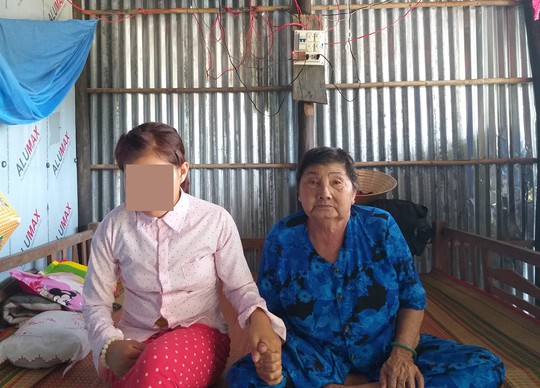 Mrs. Mo sat down with her grandmother after the same day

Mrs. Bui Kim Tuyen (a Mo's sister) said that when she exchanged through social networks with Mrs. Pham Yen (head of the Lang Son Confidence Club), Mrs. Yen said she knew Mo by turning around. The border and the mouth speak … At this moment, Ms. Tuyen exchanged with the club and collaborated with the Provincial Police Lang Son to approach and bring Mo to the provincial Social Protection Center. However, at first, the dream radiated panic, did not eat or drink, he remembered nothing of the family information …

More than a month later, thanks to the consideration of the care of the group of volunteers here, Mo said some information such as: Rach Trau; Cai Nuoc; Ca Mau; channel 90; Father named Bi.

"When I received the information about the Open supply, Yen contacted two charitable workers in Ca Mau, asking them to check the information locally. At the same time, share the clip on Facebook to help find the community. This, two previous volunteers arrived at the commune of Rach Cheo and asked the commune police for the information provided by Mo, who was supposed to be the son of Mr. Bi. "He tried to contact Mr. . Bi, "said Tuyen. 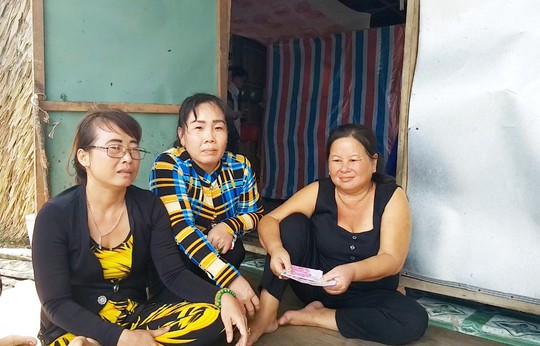 "When I received information from Mo, I rushed to meet with two volunteers at Ca Mau for information. At the same time, I contacted Mrs. Yen for the Dream address on the site and the towel wrapped to receive? When it first appeared, he shouted, it seems he did not know me, at that moment, my heart hurried me like a piece of intestine, "Mr. Bi said with a he's drowned

After 10 days of going to Lang Son to retrieve his son, on the morning of July 9, Mr. Two brought her daughter to the family thanks to the help of the authorities and sponsors. However, today, Mrs. Mo still can not wake up when she speaks in Vietnamese when she speaks in Chinese.

Talk to the newspaper People from Lao DongMr. Nguyen Van Ut, chairman of the People's Committee of Rach Cheo, said that the town visited and supported the family when he took the situation.

"I intend to buy a medical insurance card so that Mrs. Mo has long term medical examination and treatment conditions. At the same time, inform the senior authorities that you consider and request the support of the strong people. The army helps the case of Mrs. Mo, "Mr. Ut informed.

Mr Bui Van Bi shared: "Although my family is in difficulties, I will earn some money to take my daughter to medical centers to do medical examination and treatment. She really appreciates the authorities and the sponsors. She helped and supported to my family so that my father and my son had the same day. "