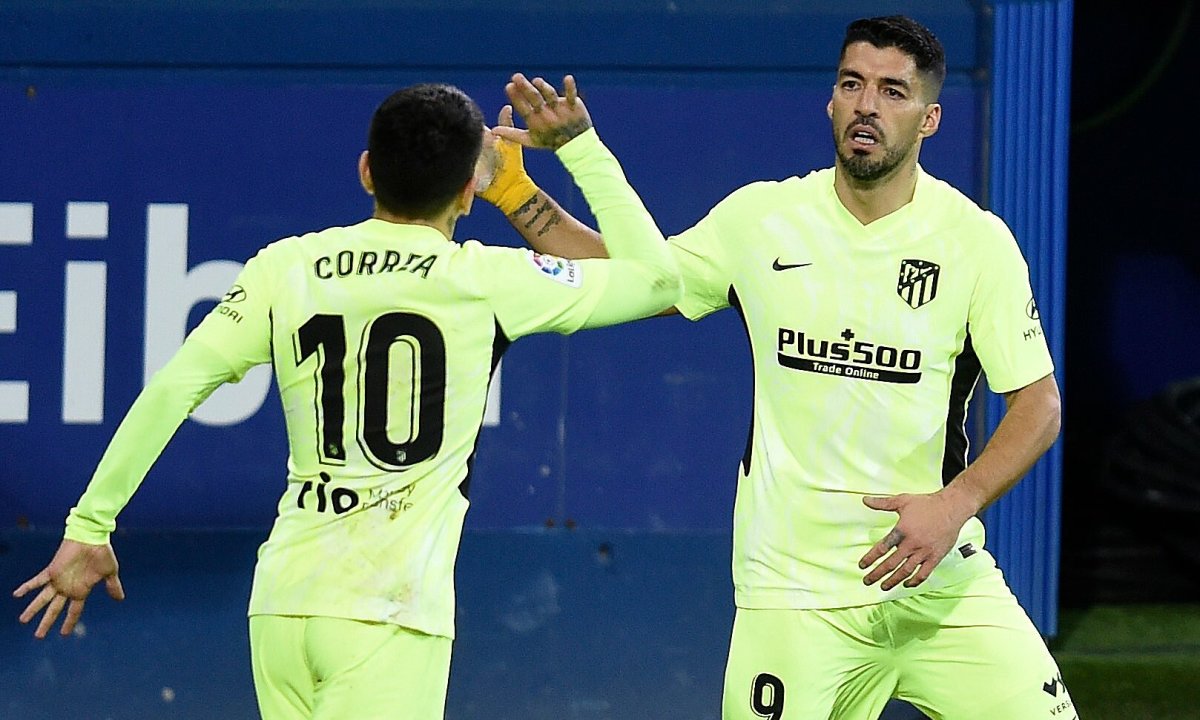 Thanks to Suárez’s attack at the start of the 19th match, Atlético de Madrid won 2-1 at Eibar, marking a difference of 7 points with Real and 10 points with Barça.

In the 40th minute, Suárez tied 1-1 with an occasional flash less than seven meters after a careless header from the Eibar player. In the 89th minute, the veteran Uruguayan striker won a penalty and executed successfully, securing a 2-1 victory for Atlético de Madrid.

This double helped Suarez reach the 500-goal mark in his career and scored 11 goals in the league this season, increasing with former teammate Lionel Messi to lead the scoring list. The 33-year-old is only the fifth player in 65 years to score at least 10 goals in his first 14 games with Atletico, behind Vava (Brazilian, 1958), Baltazar (Brazil, 1988), Christian Vieri ( 1998). ) and Jimmy Floyd Hasselbaink (1999).

After being criticized by Barça for being obsolete and sold last summer, Suárez proves that he is still the best star in the league today. In addition to eleven goals, the Uruguayan striker also leads the league in scoring goals with 0.97 goals per game. Suarez is also highly efficient with an average of 3.91 shots to score a goal.

Yesterday at the Ipurua field, Suárez was the biggest difference that helped Atlético overcome the difficulties with three complete points.

Eibar was in the relegation zone, but played 90 minutes against the champions. They played with blood, which caused Simeone’s star team to barely get the ball in the last quarter of the field by the locals.

Not only that, with a quick counterattack by Eibar after 11 minutes, Muto were given a free kick at a sharp angle. Goalkeeper Marko Dmitrović himself ran from home to win the penalty and tricked his famous teammate Jan Oblak into scoring the 11-meter mark.

The defeat left Atletico with even more problems. Suárez is hungry when the other attacking links such as Carrasco, Llorente, Lemar, Saul and Correa play sporadically. The 3-5-2 system that Simeone uses to fill the void left by Koke is inefficient. But when Simeone didn’t have enough time to adjust people and the system, Suarez shone, tying 1-1. Correa quickly approached and caused local defender Sergio Álvarez to follow the ball without breaking the ball without success, and Suárez ran in, catching a quick volley with his left foot in the biggest corner, beating Dmitrović.

However, that level and two adjustments to Simeone’s staff after the break didn’t help Atlético play better. They continued to fight and were surprised by the ball phase of Eibar. However, at the end of the match, Suárez spoke again with a dramatic drop, but still enough to convince the VAR to determine a penalty, and then personally performed an 11-meter Panenka-style kick, which impose victory 2 first.

Thanks to this victory, Atlético continued to build their first place with 44 points, seven points more than the defending champions, Real Madrid and Barça, 10 points, but they are suffering less than these two giants per game. On January 24, in round 19, Real will be a guest of Alaves at 3 o’clock and Barça will fight Elche at 22:15.