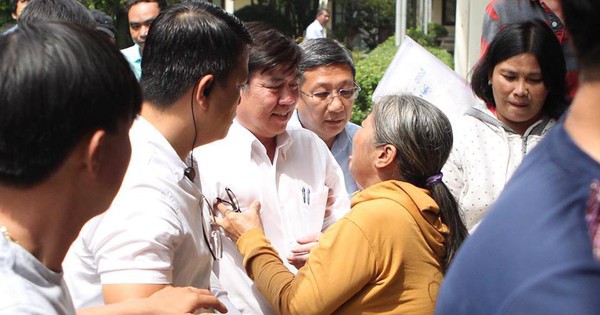 The reception was attended by the head of the Central Reception of Citizens Nguyen Hong Diep. The meeting was held at the Center for Political Care of District 2.

This meeting, the president of the City People's Committee, a dialogue with 50 households in 3 departments: Khanh, Thu Thiem and Loi East on the policy of additional support. These households are said to have houses and land in the project's planning area. Other households will follow a working session through the screen at the bottom of the room as before.

8 hours 15 minutes, Mr. Nguien Long Tuien, Chief Inspector of the City, presented the content of the 1483 Prime Minister's announcement on some key issues related to Thu Thui's complaints and Plan 821 of the City National Board on the implementation of the notice.

After the Chief Inspector of the City presented himself, President Nguyen Thanh Phong said: "We have come to listen to the wishes of her uncle. We would like to thank her, so she will spend most of her time listening to it; Also, when it comes to the area of ​​relocation 160 hectares, Nguien Thanh Phong said the prime minister set up a working group to work, the results will be reported to the Thu Thiem people. 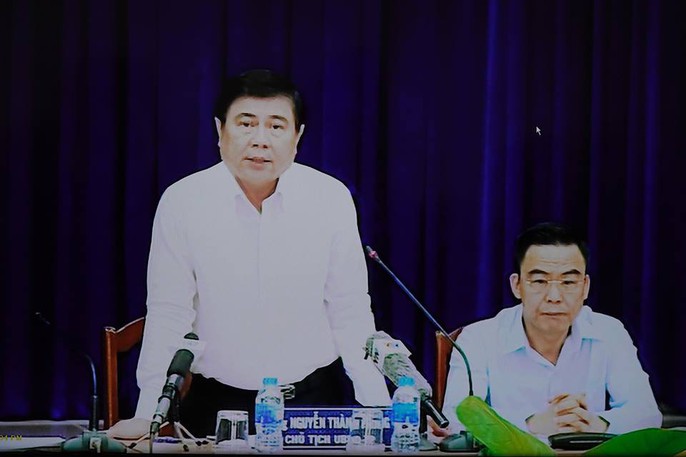 Nguien Phuoc Hung, Chairperson of District 2 of the District, then presented 10 policies for compensating and supporting households in planning, to consult with households on these policies. After the presentation by Mr. Hunga, the President of the National Committee called on the households to express their views.

8 hours 40 minutes, households began to present their ideas. G. Hoang Thang Long said that the 1483 notice did not show all the complaints of households affected by the new urban area. Mr. Long believes in people in Thu Thiem and the government will find a joint body in the spirit of the rule of law. 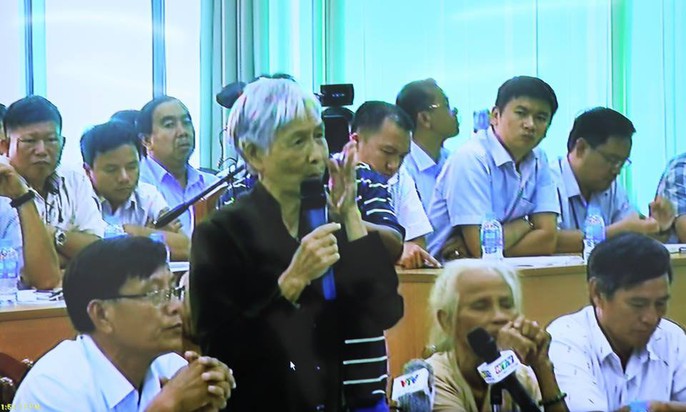 8 hours 50 minutesMr. Long, Tran Thi Mi (who lives in the An Khanh Department) admits that the 1483 notice showed some violations of this project, and TP also apologized to people. But, according to the Americans, people expect that the completion of a comprehensive project inspection will not only stop at Notice 1483.

Recalling the 160 hectare resettlement area, Ms. Mi says the Thon Thu Thui project has 3 divisions. This is a central planning area of ​​640 ha, a resettlement plan of 160 ha, a total planning of the new urban area of ​​Thu Thiem (including the central planning and resettlement area). So if you say that the line is clear that it knows who knows who is in the line, who is out of line. According to Ms. Mi, land for moving people was a government assigned to the business, so the city "searched" 160 hectares of land in many places to let the country move.

She wants the complaints in Thu Thiem to be quickly resolved together.

9 hours 30 minutes, Mr Nguyen Ngoc Ksuan (who lives in the Anh Khanh Department) recalled the decision of Prime Minister 367 of 1996 on the planning of Thu Thiema. He said Prime Minister thought of people when the plan was only 160 ha for resettlement. "The prime minister has given people Thu Thui a dream of living in the country of Thu Thiem," he said, but he also regrets that more than 20 years ago this was not done. The government expects the government to resolve the displacement story for Thu Thui.

11 hours 20 minutesAfter listening to all the opinions of the households, Mr. Nguyen Hong Diep said he will continue to report Thui Thiem with the government, the prime minister will continue to monitor the city, people to settle complaints in Thu Thiem.

11 hours 30 minutes, The President of the City National Committee made a statement and received opinions from the households. "There are some comments, but we sympathize," Nguien Thanh Phong said, and he wanted his children together with the government. "We clearly define our responsibility to solve the issue of Thu Thiem, based on the interests of people. Everyone who violates the law", – said the head of the city government.

This is the third time that the President of the City National Committee has been in contact with the people of Thu Thiem after the Inspectorate of the Government (1451) issued a 1483 notice on appeals related to the Thua Thien Hue project. 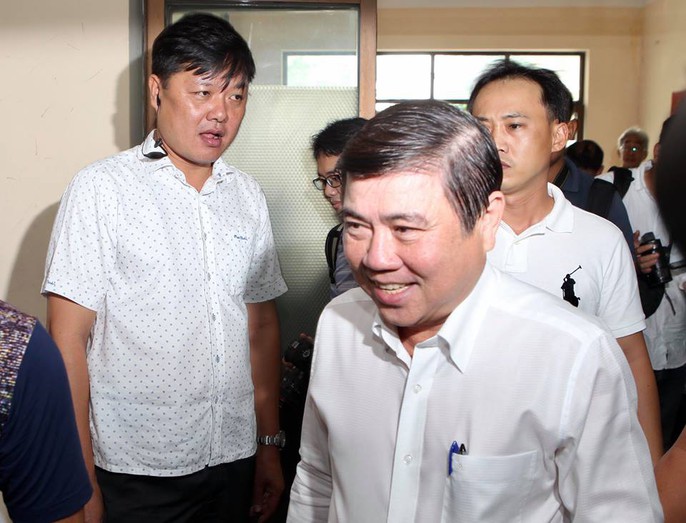 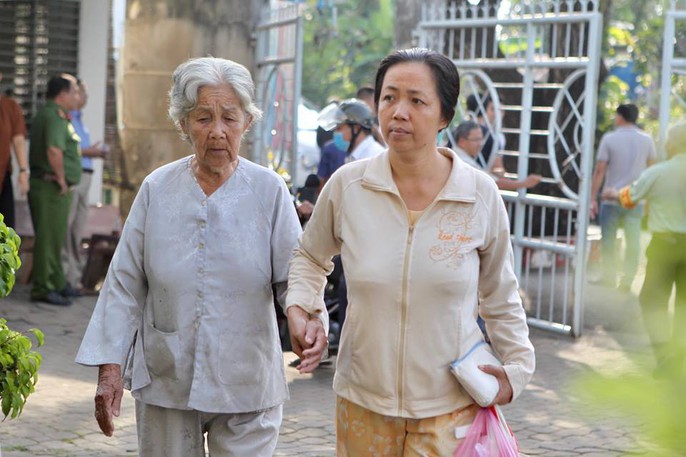 The meeting was attended by households 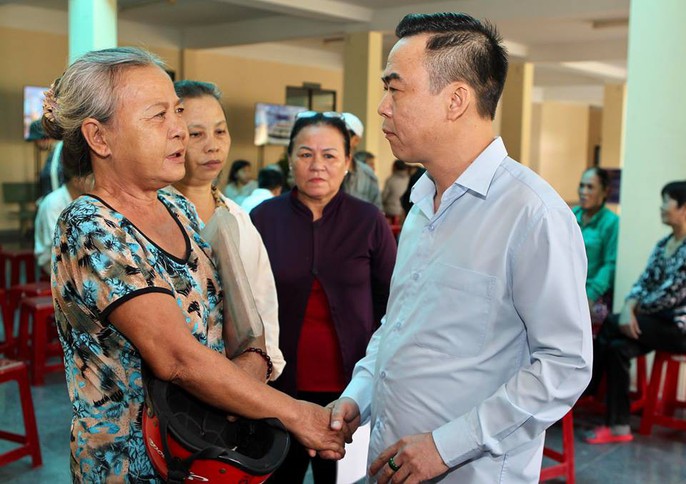 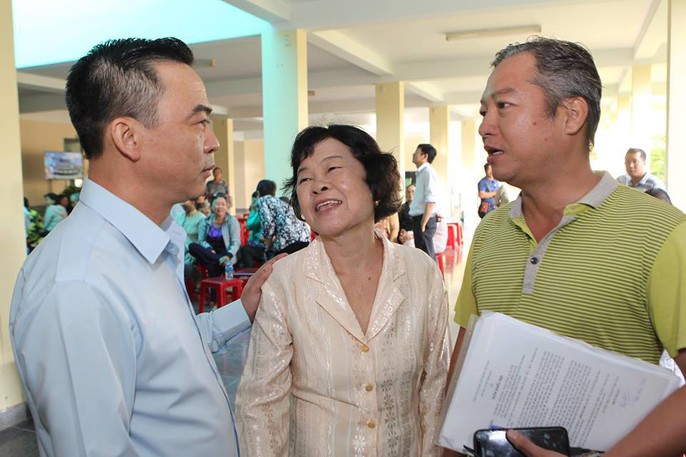 The first meeting was on October 18 with about 30 households in Block 1, Binh An Vard. These are cases where the land is located on a surface of 4.3 hectares – identified by PMO outside the planning boundary. TP proposed support for the compensation of the solution is the value of land replacement for the same purpose. The three adjacent land borders the Binh Khanh bridge, about 18,000 m wide2 was selected for evaluation, as a basis for replacement.

The second meeting was at 7-11 with about 40 households in Binh An and Binh Khanh – which is said to be in planning. At this meeting, TP has released 10 additional content reviews.

The city has identified a plan area of ​​4.3 hectares on the map and will consult the Permanent Committee of the City, the Prime Minister to agree on a direction. TP will then meet with people to publish and mark specific areas, define the specific boundary of each case.

For people in the area of ​​1,080 dwellings are still "in charge" due to insufficient money for the purchase of apartments, renting or buying payroll, the President of the National Board will also have 2 meetings for the exchange of ideas.

Regarding the appeal in the city construction project, the prime minister announced in 1483. According to this announcement, in the process of investing, the construction of urban areas, the City National Committee and related departments must violate, violate, the interests of some households living in the area , there are complaints.

In particular, in terms of planning, the City People's Committee has reduced 23.3 hectares not ultra-competent, in particular an increase of 4.3 hectares in the neighborhood 1, Binh Anwar is not in agreement with the planned prime minister. As such, complaints of people at the 4.3 hectare planning limit outside the area of ​​the master plan are appropriate and should be considered and resolved soon.

As for the area of ​​relocation of 160 ha, the City National Committee violated the legal provisions in the preparation, submission, approval and recovery of land in this area. Land distribution 151 projects with a total area of ​​over 144 hectares for housing, offices, entertainment … which leads to insufficient land for organizing relocation according to the approved Prime Minister Planning is postponed, the construction of Thu Thiema was postponed because people who complained were not in completely solved.

Due to the above violations, the Government Inspectorate has asked the City National Committee to review and direct review and management of the responsibilities of organizations and individuals related to the adoption of planning and adjustment of planning; land restitution, compensation, relocation … to be strictly treated as prescribed.