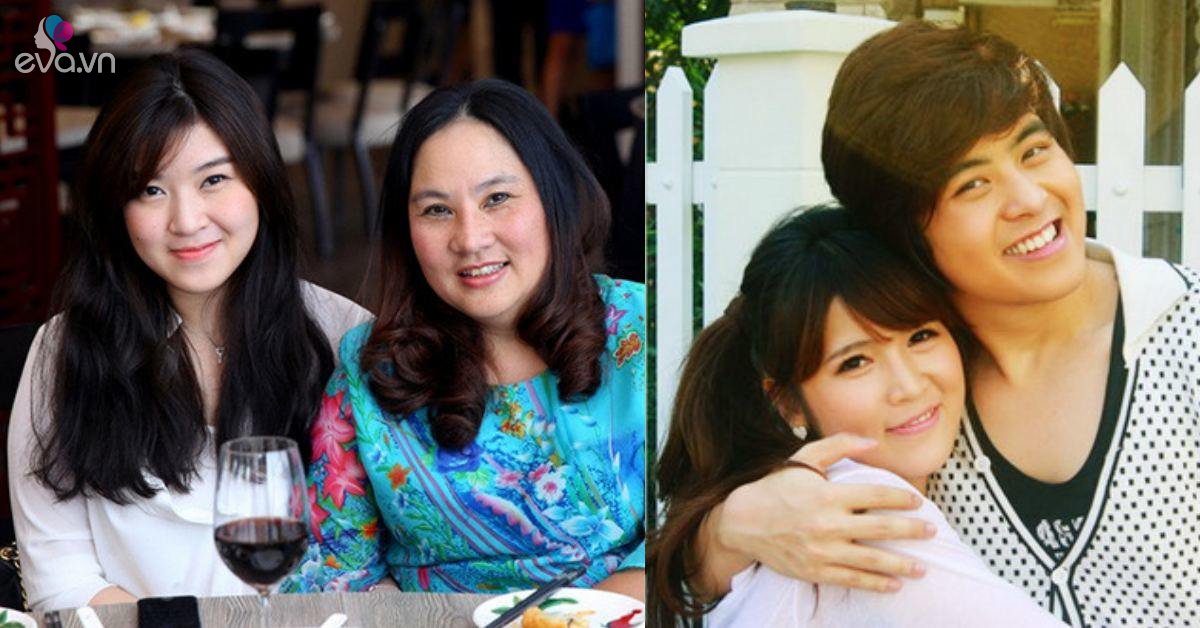 Many people were moved to read the part of Wanbi’s sister Tuan Anh, saying that she could not return home to light her brother on the eighth anniversary of his death.

Eight years ago, on July 21, 2013, male singer Wanbi Tuan Anh breathed a sigh of relief at his home in Ho Chi Minh City after a long battle with a pituitary tumor in his brain. Its disease is very rare in the world, with an average of 1 million people having only 1 case.

From being diagnosed with a bad eye in 2009 until his death, the handsome singer has always maintained an optimistic spirit and a strong will. His funeral in July 2013 became one of the most unfortunate events in the entertainment industry. 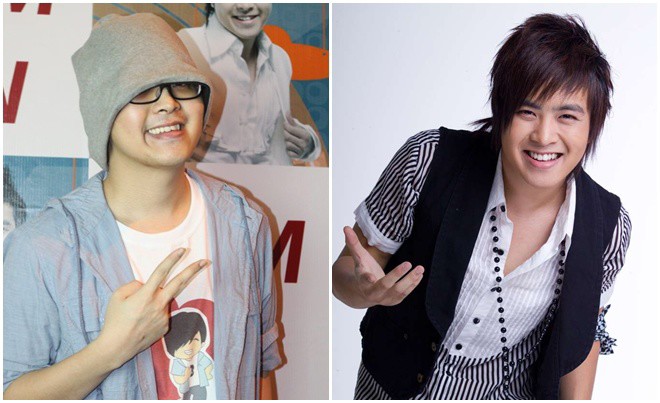 During his life, Wanbi Tuan Anh left his mark with many hits such as: “Cho me”, “Eyes”, “Flash” … He is one of the promising and outstanding male singers of Vietnamese showbiz.

On the eighth anniversary of Wanbi Tuan Anh’s death, singer Quynh Mi’s sister sadly posted a family photo full of members, regretting that she could not return home to light her brother. Wanbi’s sister Tuan Anh expressed her feelings on her personal page: “Commemoration of 2 loved ones. 5 minutes drive and I still can’t get home “.

It is known that the city of Ho Chi Minh City is implementing Directive 16 on social exclusion to prevent the COVID-19 epidemic, people are not allowed to leave in unnecessary cases. Therefore, Quynh Mi can only express regret on his personal page. 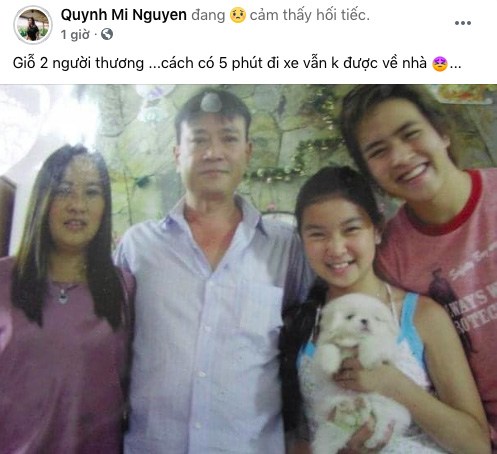 Wanbi’s sister Tuan Anh regretted that she could not go home to light it. His biological father also died before his brother died. 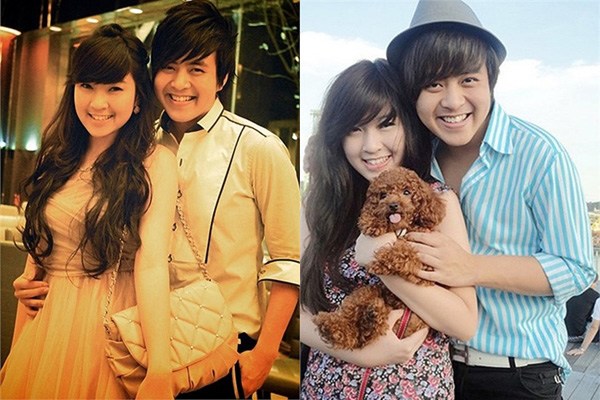 During his life, Wanbi was closely linked to his sister Quynh Mi. He used to guide me to participate in art, cinema … After Wanbi’s death, Quynh Mi was no longer engaged in entertainment activities.

On social media, fans also shared many memories of Wanbi Tuan Anh and the songs that gave the singer his name 8X: “Today marks 8 years since your death “,” The genius of misfortune, I still miss you, the song associated with my youth and my student days “,” One more year. I still remember those eyes. There you are at peace, ”“ That day 8 years ago you left us, ”“ Yesterday I saw ‘That Year’, tears fell from the beginning to the end of the film. I miss you so much, “” Remembering the eight years of your death, wishing you peace in the afterlife, “” Today is your death anniversary. I have missed you so much, my idol for a while and will be the one I always idolize. You are missing, ”July 21, 2013 – July 21, 2021, 8 years since he died. It’s still a few years ago, you’re still missing “… 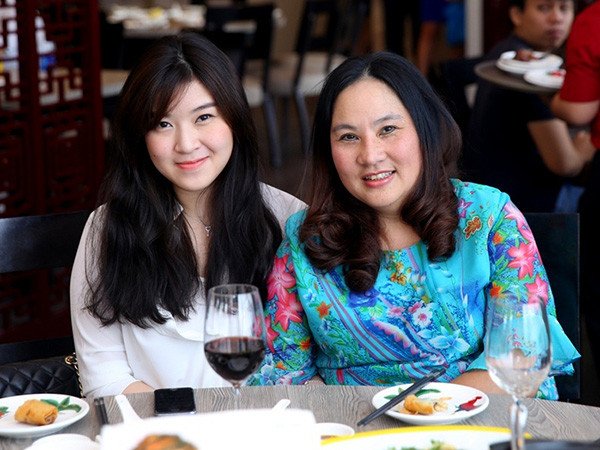 Many years after Wanbi Tuan Anh’s departure, his family remains interested in the online community because only his mother and sister remain. Quynh Mi is currently married and moved to live near her mother’s house. Every year he goes home to light incense for his father and brother. 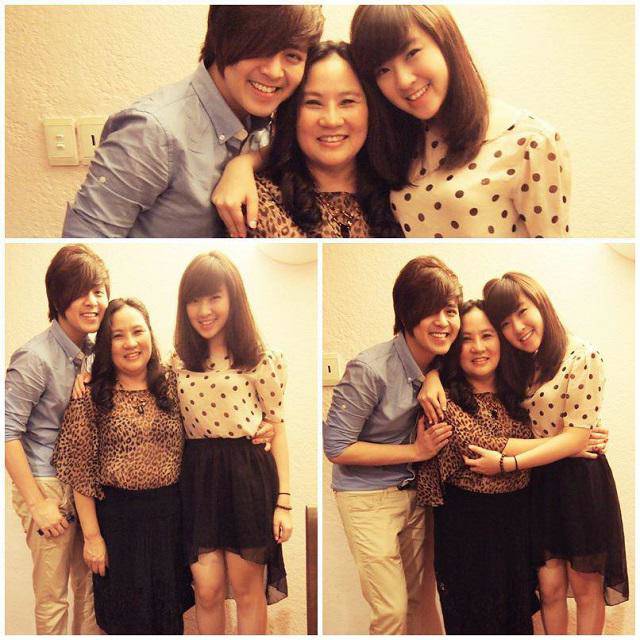 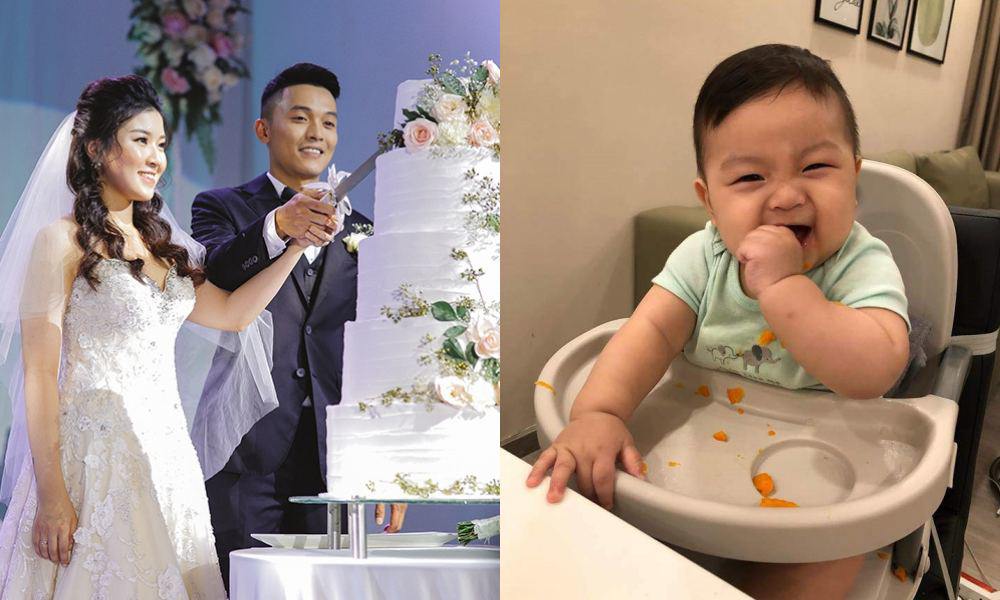 In 2017, Wanbi’s sister Tuan Anh got married and soon after gave birth to a beautiful child.

In addition, fans are also interested in Korean singer Kang Ha Neul (Sky), who was said to be Wanbi’s girlfriend Tuan Anh. During her lifetime, he supported her a lot, helping Kang Ha Neul enter the entertainment market in Vietnam. The two are involved in love rumors, but have never confirmed their relationship. When Wanbi Tuan Anh died, Kang Ha Neul was in great shock. She is the one in the coffin of the singer 8X from the first second to the cremation.

After that, Kang Ha Neul was no longer interested in artistic activities in Vietnam and returned to Korea. 3 years later, he returned to Vietnam to participate in a reality TV show. Although he is no longer in the entertainment world, Kang Ha Neul is still interested in many people, mentioned on the anniversary of Wanbi Tuan Anh’s death. She is currently over 30 years old, but her beauty is still beautiful, not much different from ten years ago. 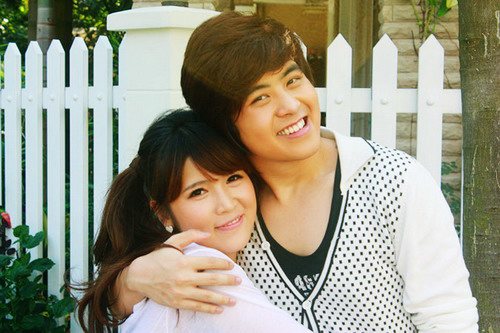 Kang Ha Neul was once known as Wanbi Tuan Anh’s “rumored girlfriend”. At the time, the two were very close and united, helping each other in their careers. 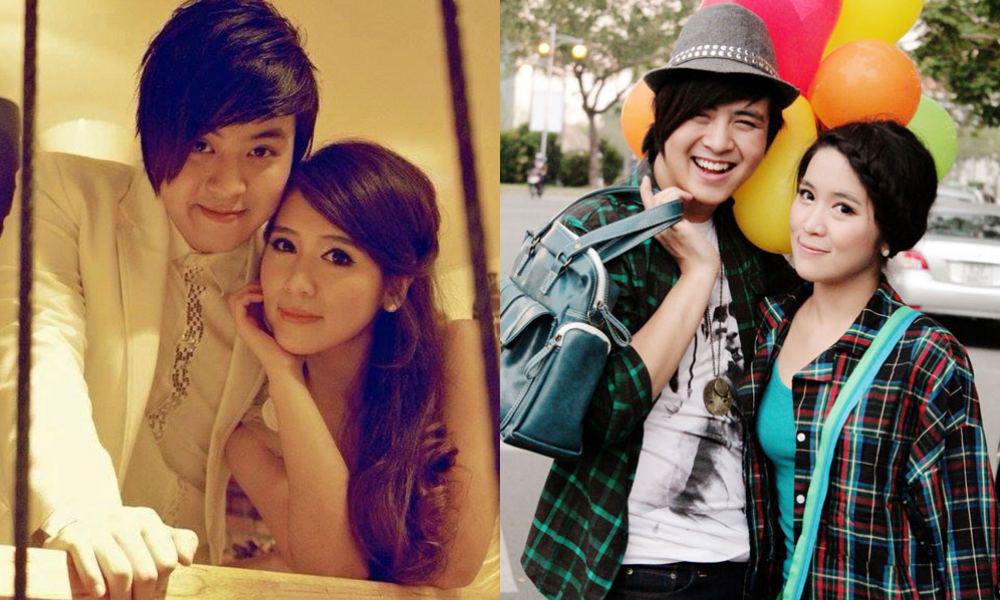 The relationship has never been clarified, but Wanbi’s departure was a big shock for the Korean singer, who made her leave the country.

It is known that on his return to Vietnam, Kang Ha Neul devoted himself to making reportage videos. He began researching Vietnamese life, cuisine and tourism, sharing it with the Korean community of his homeland and international students. In early July, Kang Ha Neul announced the suspension of YouTube activities to return to Korea for medical treatment. The current beauty of Kang Ha Neul is not much different from that of almost ten years ago. However, she was no longer interested in artistic activities after Wanbi’s death. 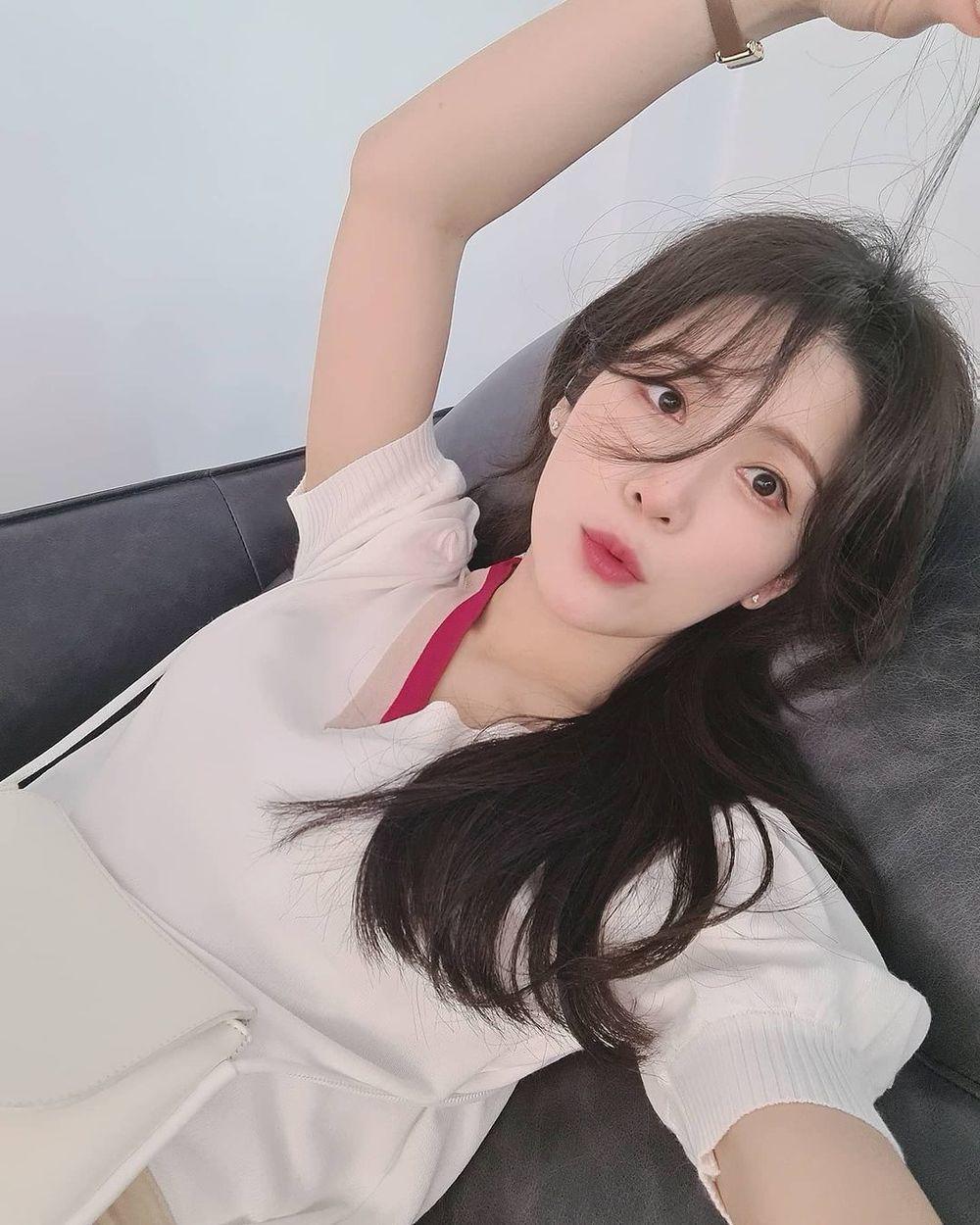 Because she has tight lips, Sky doesn’t regularly update her life on her personal page. Internet users speculated that the singer had a boyfriend and, with this person, operated a YouTube channel. 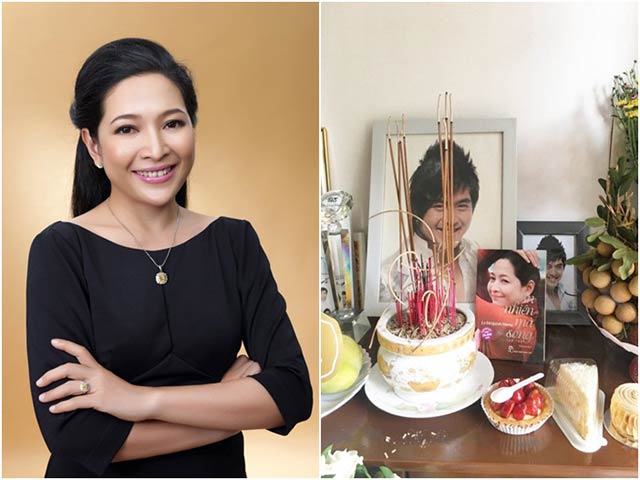 On the occasion of Wanbi Tuan Anh’s 4 year birthday, MC Quynh Huong and close friends of the singer shared memories of him.

According to Tieu Minh (thoidaiplus.giadinh.net.vn)