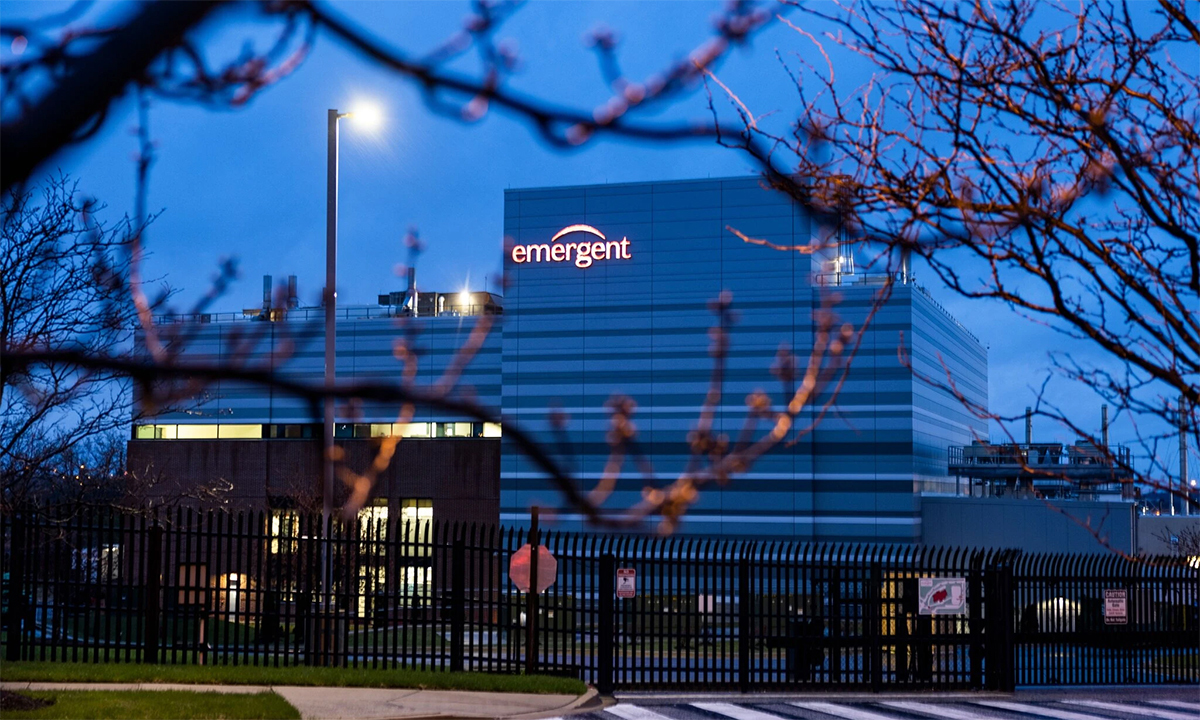 The Biden government banned the Emergent plant from continuing to produce the AstraZeneca vaccine after the incident damaged 15 million doses, delegating authority to the facility to Johnson & Johnson.

Following the U.S. Department of Health and Human Services decision, Emerging BioSolutions in Baltimore, Maryland, will only produce the Johnson & Johnson Covid-19 vaccine, to prevent future vaccination misconduct, according to two health officials. 3/4.

Pharmaceutical company Johnson & Johnson confirmed the decision and said it is “fully responsible” for the vaccine produced by Emergent.

The decision came after an incident that Emergent, AstraZeneca and Johnson & Johnson’s Covid-19 vaccine partner, mixed the two components of the vaccine, causing 15 million doses to fail, forcing regulators to postpone licenses for the production line.

U.S. government officials fear the Emergent incident is hurting public confidence in the vaccine, as President Joe Biden is pushing production for all American adults to be injected in late May.

The decree to prevent Emergent from producing the Covid-19 AstraZeneca vaccine was issued while it was suspected of causing complications due to blood clotting and restricted use in some European countries. AstraZeneca said in a statement that it would work with the Biden administration to find alternative production facilities.

The incident of mixing vaccines and the US administration’s decision on April 3 is considered a “significant setback” and sparked a public relations crisis for Emergent. This Maryland-based biotechnology company used to make anthrax vaccines and sell them to the National Strategic Reserve.

An Emergency spokesman said it will continue to produce the Covid-19 AstraZeneca vaccine until it receives a revised contract from the U.S. government and declined to comment further on the information.

Experts in the field of vaccine production said the U.S. Food and Drug Administration (FDA) issued a regulation that does not allow a facility that produces two vaccines to use virus vector technology because of the risk of mixing and contamination, with the aim of preventing incidents similar to Emergents.

A factory restructuring in Baltimore is another hurdle for AstraZeneca’s Covid-19 vaccine, which has not yet been approved by the U.S. for emergency use as a vaccine by Pfizer-BioNTech, Moderna and Johnson & Johnson.

A U.S. official said the Department of Health and Human Services is in discussions with AstraZeneca about modifying the vaccine to deal with new nCoV strains.

The vaccines from these two pharmaceutical companies use virus virus technology, meaning they contain a harmless, modified variant of another virus to stimulate the body’s immune system to cope with nCoV.

Nguyen Tien (According to the NY Times)