Think of a lottery result to deceive hundreds of people 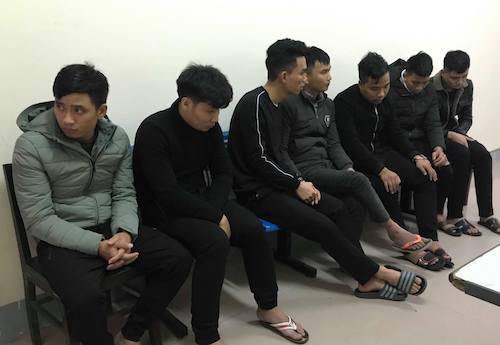 There are family members who are leaders of lottery companies so it is possible to foresee the results, the youth group of Nghe An causes many people to lose money.

On January 18, the Criminal Police Department (Nghe An Police) stated that it was holding 8 people aged 20 to 27 years and residing in the district of Quynh Luu (Nghe An) on fraudulent acts of ownership of the property.

According to the research agency, in recent months this suspicious group has configured many Facebook accounts, virtual Zalo and has access to those who play the lottery to introduce "there are family members as leaders of the lottery company so you can know the results of daily rounds before the publication. "

When there are people who believe, they will give lottery numbers and say that this number is provided by a member of the family and 100% earned. The price of each batch is half a million to a few tens of millions of dong according to the value.

In the news, hundreds of victims inside and outside the province bought lottery numbers but did not win.

One day, the police arrested the suspect group. It is expanding the case.