Touching the letter to the people of Hoi An 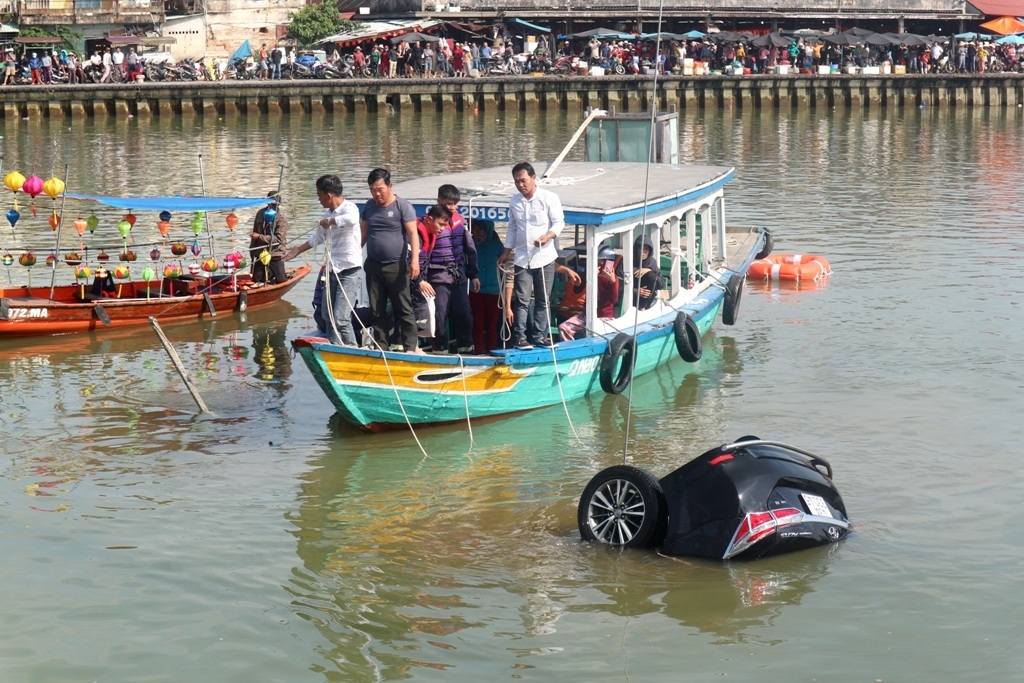 According to Thu, through this article, he wishes to express his gratitude to the people of Hoi An City, simple, compassionate and full of people. No word can express the admiration and gratitude that your family has for people here.

"At 1:30 in the morning of January 25, 2019, my family suffered a tragic accident on Hoi An, which caused the death of my brother and grandson. The lucky granddaughter survived the lives of the people of Hoi An and he saved his life until my family arrived at night the same day, "Thu wrote.

On January 25, her family received a warning from the city police on Hoi An about the accident. On the evening of January 25, his family went to Hoi An to work with the Public Safety Agency. When family psychology is still very disconcerted, police officers are sympathetically and sympathetic to the family about the niece that is taken care of by local citizens. The police officers have carefully guided and solved the procedures to receive personal identities and receive the rest of the families of the victims.

Thu's family also received 6 million VND from the Department of Work, Invalids and Social Affairs. The family also met with her niece, who was still healthy and mentally stable. All thanks to the support of the family of people in Hoi An who have taken care of the child.

With the introduction of civil servants, the family contacted Mr. Vuong, a local reviewer. Thinking about the circumstances of Thu's family, each of his granddaughters survived, that person did not take the money, only assumed the cost.

"When we passed the funeral home to carry out the ceremony, many people were waiting for Hoi An in front of the funeral home. My family was very surprised and did not understand why, initially, I thought just because people were curious. prepared the altar, people began to visit and bring money, at this time my family can not help but miss it, "said Ms. Thu.

Thus, many people visited and encouraged them to share with their families until 2 in the morning. People say they do it because they fear that their family is anchored, so they can help the family to cool. At that time, the family of Ms. Thu could not believe why people were so strange to them and it was so warm and warm.

I also played a person named Do Van Tam. Mr. Tam was the one who brought the 3 bodies of his family out of the cold river water. Along with Mr. Vuong is also the one who wants to direct the order of coffins, tables of worship and other necessary elements.

The brothers of the group of Mr. Tam helped his family print photos at midnight, buy food, drinks and necessary items. Watch rows of lotus lights to go through the two coffins, the second class sanctuary, three beautiful costumes and decent decorations.

She shared: "At night, they smelt, cleaning, preparing all the necessary things so that my family could take 3 spirits to burn the house of reincarnation of An Phuoc Vien In Da Nang. They pay their own money and they invite us to the coffee so they can be alert, thanks to the family on behalf of the family when they visit. "

At 6 o'clock in the morning, the door of the funeral was increasing as the people of Hoi An continued to visit, there was a woman who had a basket of vegetables that came to the market to sell to 200 thousand dong. The bowl of incense always suspects visitors' smoke.

At 8 in the morning, when the ceremony was completed, people had a great presence, some people brought fresh milk to burn incense for their grandchildren, someone pushed their hands to practice the change to spread the guide on the street, some put them in their hands. His cup of coffee told him to drink for the province, which was still busy.

People in Hoi An thought it thoughtfully like blood. When performing ceremonial ceremonies, the teacher read poetry, the monks dressed in beautiful clothes. The people around him cried a lot, he was sorry for the situation of the family and tried to encourage his niece.

At 8:30 on January 26, 3 mourning cars began connecting the queue with 1 car with drums, gongs and burning smoke that were going to the road. In addition to the teachers, the brothers and sisters … also went with their family 50 km from Hoi An to the house of reincarnation of An Phuoc Vien in Da Nang.

It all went smoothly, An Phuoc Vien's staff also enthusiastically took care of the roles to bring the ashes to the plane, pushing the ashes of their relatives very carefully.

In addition, something that the family of Mrs. Thu could not wait was that the owner of a car for his sister rent a car with an accident also reached the cremation site. He came without blaming the automobile totally damaged, but he also returned the deposit and sent more money to pay. According to Thu, in two days he met all the strangers, but he filled himself with compassion and compassion.

"All the worries for my family have been completed so far, now I can write very calmly thanks to all the people in Hoi An City, mass organizations, cockroaches. Continue and help my family unconditionally Why are there so good people in life? "He wrote.

Once again, on behalf of the whole family, Mrs. Thu expressed her gratitude and never forgets the love of Hoi An for her family in the tribulation.