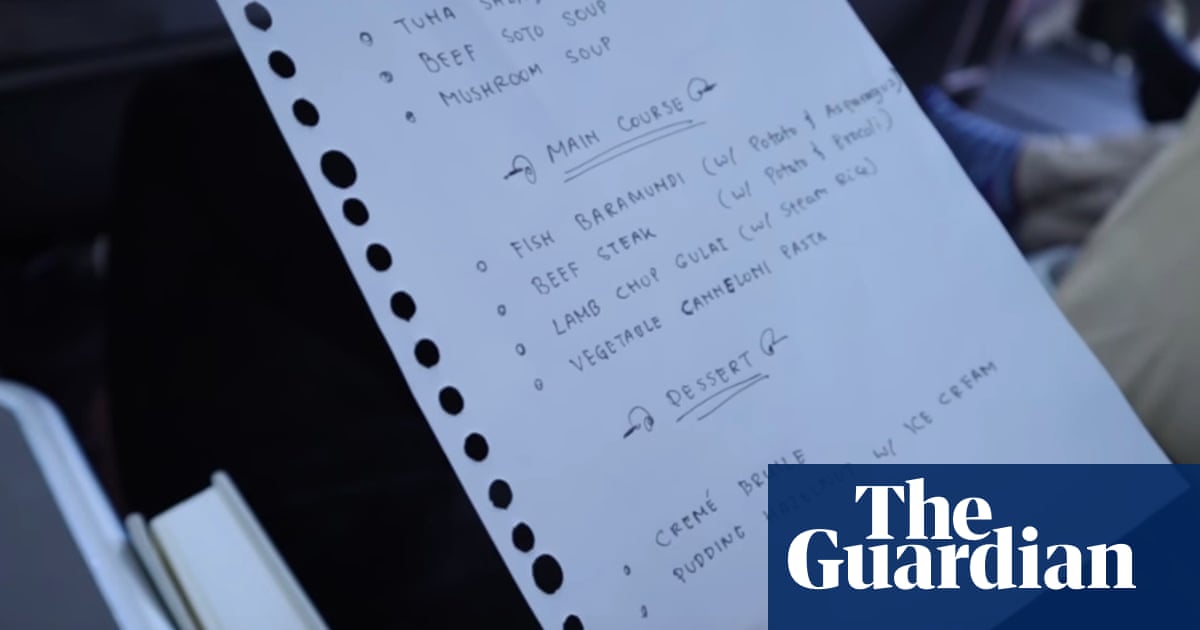 The Indonesian national airline has been subjected to a fire to ban taking photos and videos in flight after a popular video blogger posted an online image showing a manuscript menu.

After the post, the police officer after the charge, the famous travel recorder Rius Vernandes, was also informed, who saw the online airline of Garuda Indonesia online. The photo was uploaded with the title: "The menu is still printing sir".

The message originated on a Sydney flight from Denpasar on Saturday and arrived a week after the airline ridiculed to serve Japanese corporate food business lunches at the Japanese fast food chain HokBen.

Rius and his girlfriend, who had been traveling with him, have already been informed by the police and could face charges under the strict law of electronic transactions in Indonesia.

In a video posted on YouTube next day, entitled "What really happened, behind Garuda's handwritten menu," Rius defended himself saying he did not intend to harm the reputation of the airline and, in Plus, he also checked the services of other airlines.

On Wednesday afternoon, he posted another photo on his Instagram of two brown police envelopes, calling him to ask.

In the enclosed site, he asked for help, especially from "influential colleagues."

"I hope you can help me to share and support me through this problem, because I do not want to see that in the future, whenever we review something as it is, as long as we make constructive criticisms, we can be criminalized. ", he wrote.

Adding fuel to the fire, Garuda announced that it prohibited passengers and flight crew from taking photos and videos in flight, according to an internal note distributed on July 14.

But on Tuesday the airline had been delayed, following more public reactions.

The policy, said the corporate secretary of Garuda, Ikhsan Rosan, "had not yet been finalized, and should not have been shared with the public."

"People can still take pictures [on board our flights] for his own use, "he said, in the statement," as long as it does not bother the other passengers. "